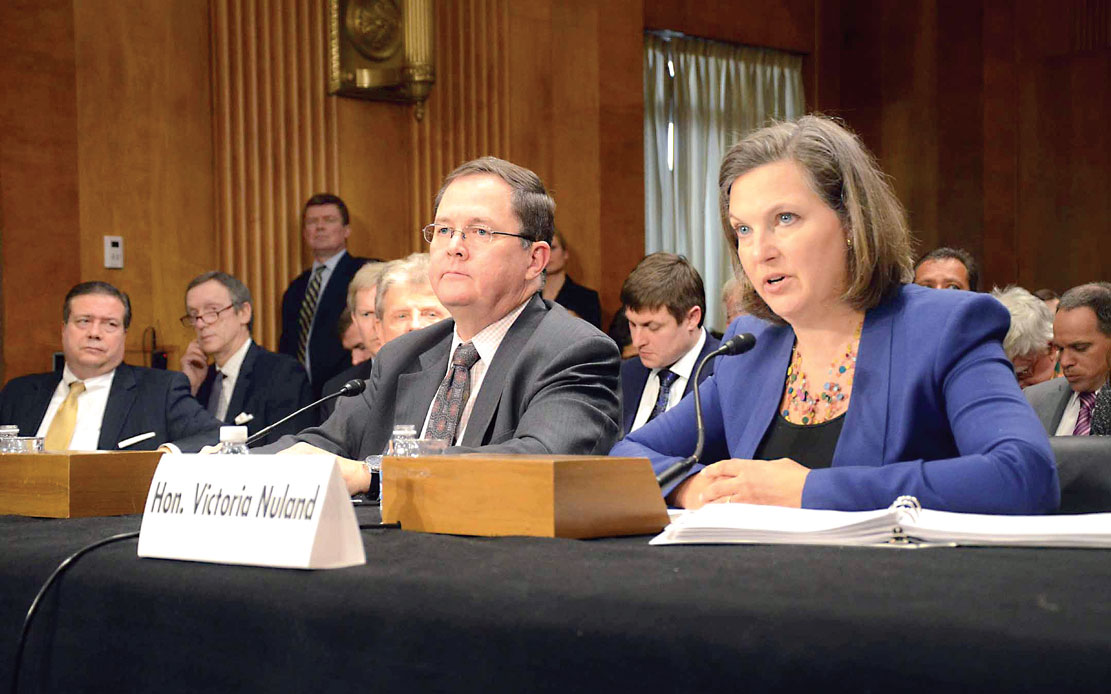 Starting off 2014 in the realm of U.S.-Ukraine relations, was news that leaders representing more than a dozen Ukrainian American organizations met at the White House with President Barack Obama’s senior national security staff to discuss the crisis in Ukraine. They urged the Obama administration to take strong action in support of democracy in Ukraine and to send a firm message of support to those gathered throughout Ukraine in opposition to government corruption and violence against its citizens. The non-partisan meeting held on January 3 was initiated by the co-chairs of Ukrainian-Americans for Obama, Julian Kulas, Andrew Fedynsky and Ulana Mazurkevich, as well Alexandra Chalupa, co-convener of the National Democratic Ethnic Coordinating Committee. The Obama administration was represented by Karen Donfried, special assistant to the president and senior director of European affairs at the National Security Council (NSC), and Lyn Debevoise, director for Central and Eastern European Affairs at the NSC.

Then, on January 7, the U.S. Senate unanimously passed a resolution “expressing support for the Ukrainian people in light of President [Viktor] Yanukovych’s decision not to sign an Association Agreement with the European Union.” Senate Resolution 319 was sponsored by Sen. Chris Murphy (D-Conn.) and had 10 co-sponsors, Democrats and Republicans alike. The resolution noted that: “the abrupt reversal on the eve of the summit following Russian economic coercion and to protect the narrow interests of some officials and individuals in Ukraine prompted hundreds of thousands of Ukrainians all across the country, especially young people and students, to protest the decision and stand in support of furthering Ukraine’s Euro-Atlantic integration.” The resolution also said the Senate: “condemns the decision by Ukrainian authorities to use violence against peaceful demonstrators on November 30, December 1, and December 11, 2013, and calls for those responsible to be swiftly brought to justice and all detained nonviolent demonstrators to be immediately released; and notes that in the event of further state violence against peaceful protesters, the president and Congress should consider whether to apply targeted sanctions, including visa bans and asset freezes, against individuals responsible for ordering or carrying out the violence.”