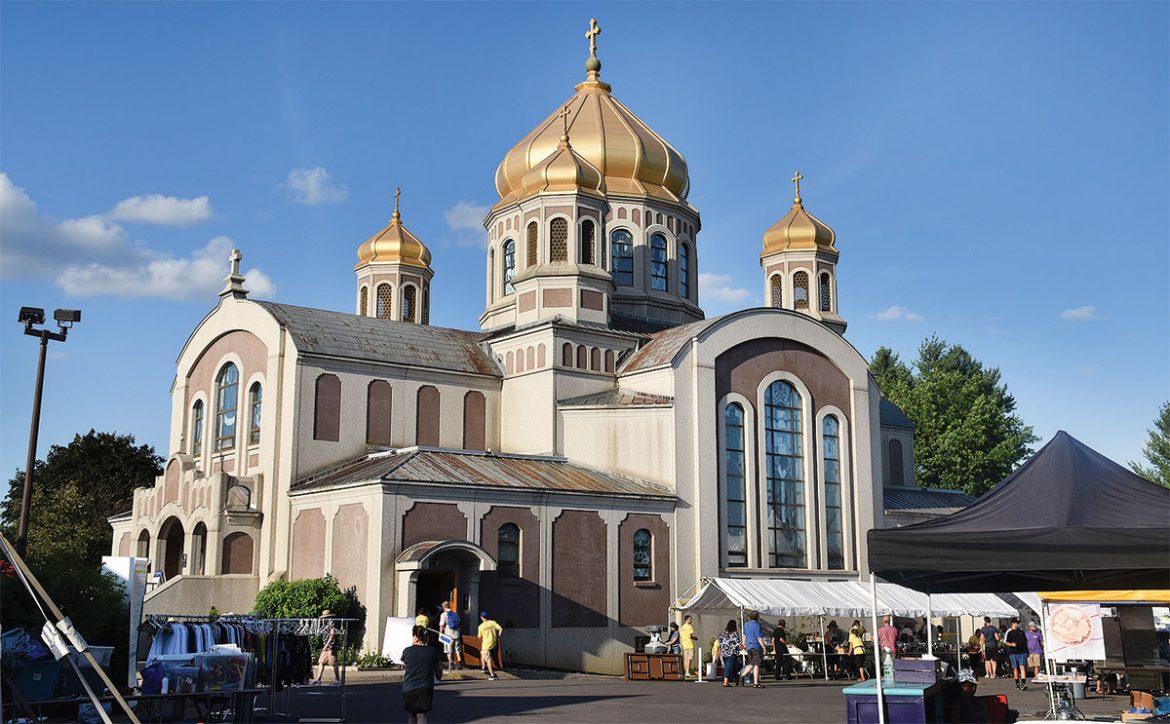 OTTAWA – Within a busy summer season of events, the Capital Ukrainian Festival has carved out a unique niche that blends the traditional with the eclectic that this year attracted an estimated crowd of 20,000 people to the fifth annual instalment that ran from July 19 to 21. 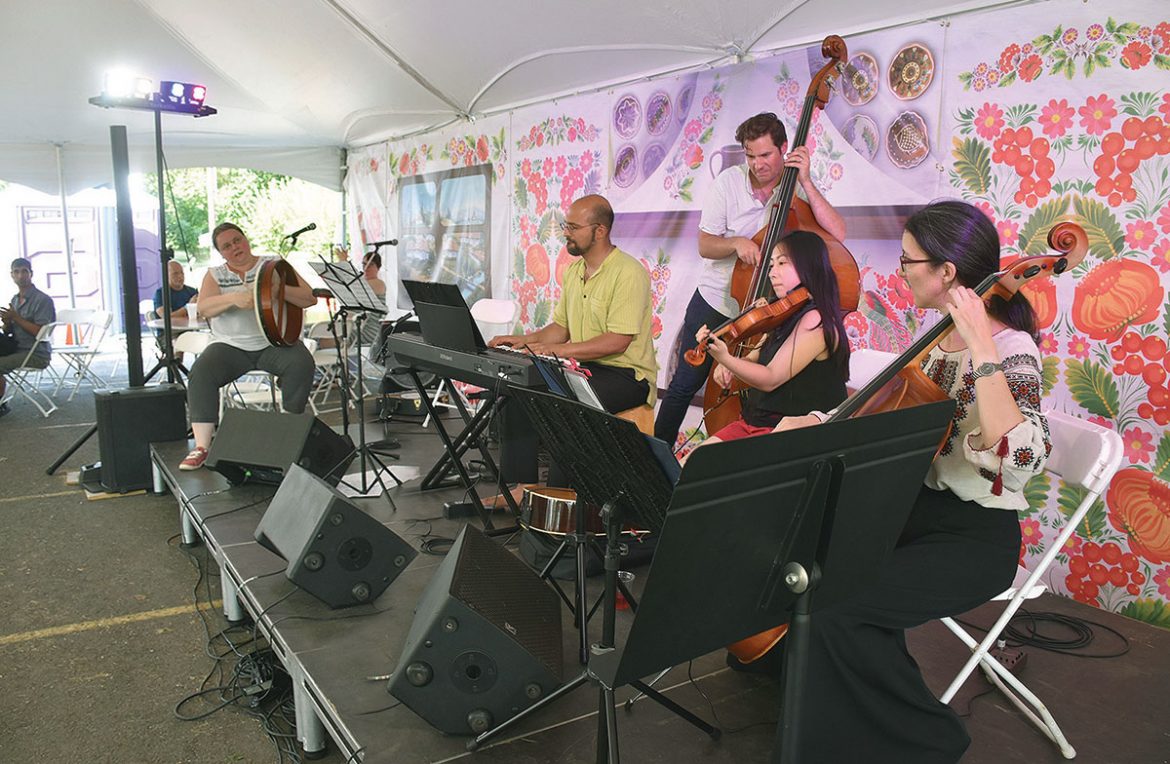 Situated in the parking lot of St. John the Baptist Ukrainian Catholic Shrine – itself a national religious and impressive architectural landmark – the 2019 festival featured fare that would one expect – holubtsi, perogies (as they’re called here), borsch and kovbasa – and the requisite cultural elements, including workshops on painting pysanky and vendors who sold them along with vyshyvanky, as well as Ukrainian dancers and singers. 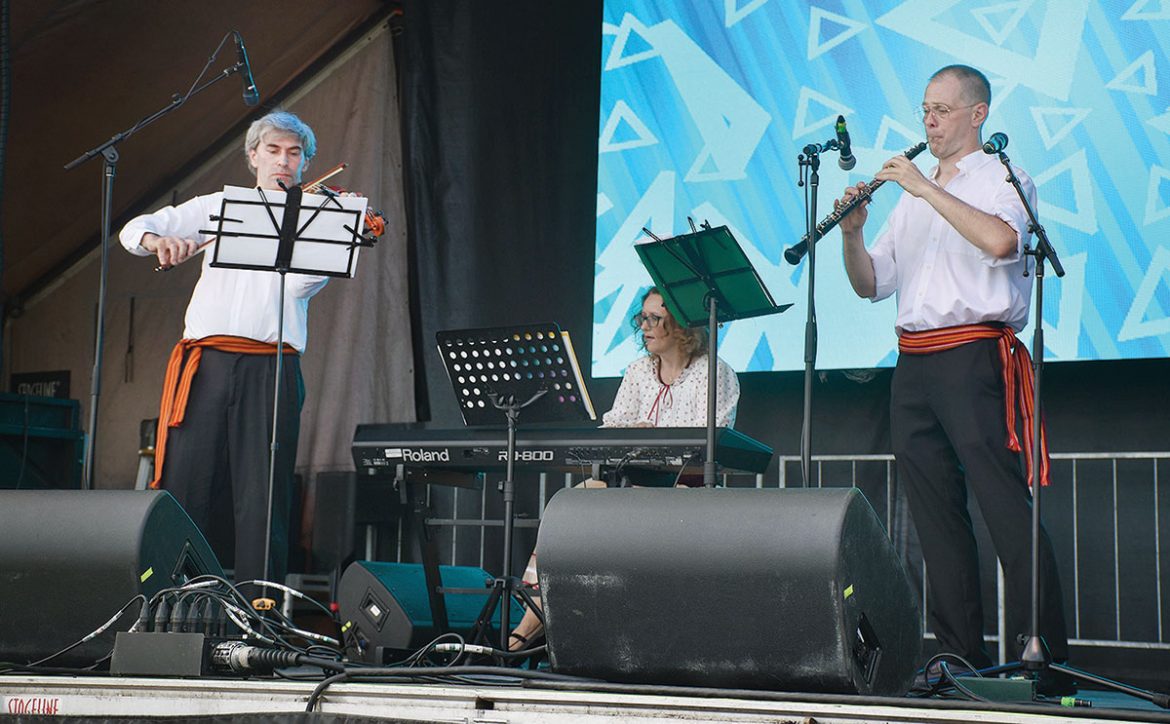 But the Capital Ukrainian Festival flexes more creative muscle in drawing diaspora devotees and the simply curious keen for an ethnic experience despite the hot weather that forced the food kitchen to shut down for an hour due to the excessive heat. 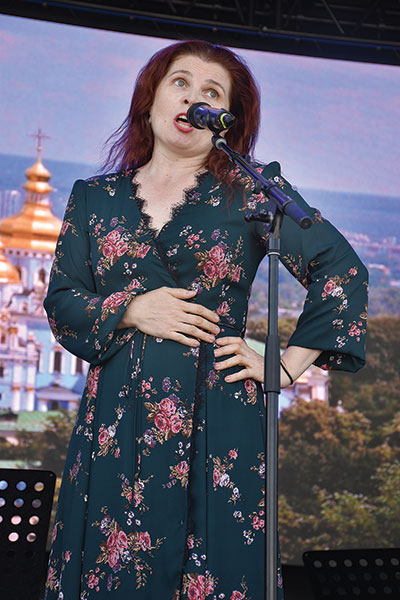 The entertainment portion of the three-day, free-admission event is inspired and follows a similar approach taken by Ottawa’s largest music festival, Bluesfest, that goes beyond its billed genre in a line-up that this year featured the likes of the Backstreet Boys. Performers at this year’s Capital Ukrainian Festival included Mexican, Spanish and Romanian dancers; a klezmer band from Montreal; and Oto-Wa Taiko, a Japanese drumming group.

Yet there was no shortage of exceptional and innovative Ukrainian artistic talent to showcase that also crossed cultural-musical lines. Matching Auresia, an ethnic Ukrainian who draws from reggae and salsa in her song repertoire, with Ukrainian vocalist Marina Krut, was programming brilliance. 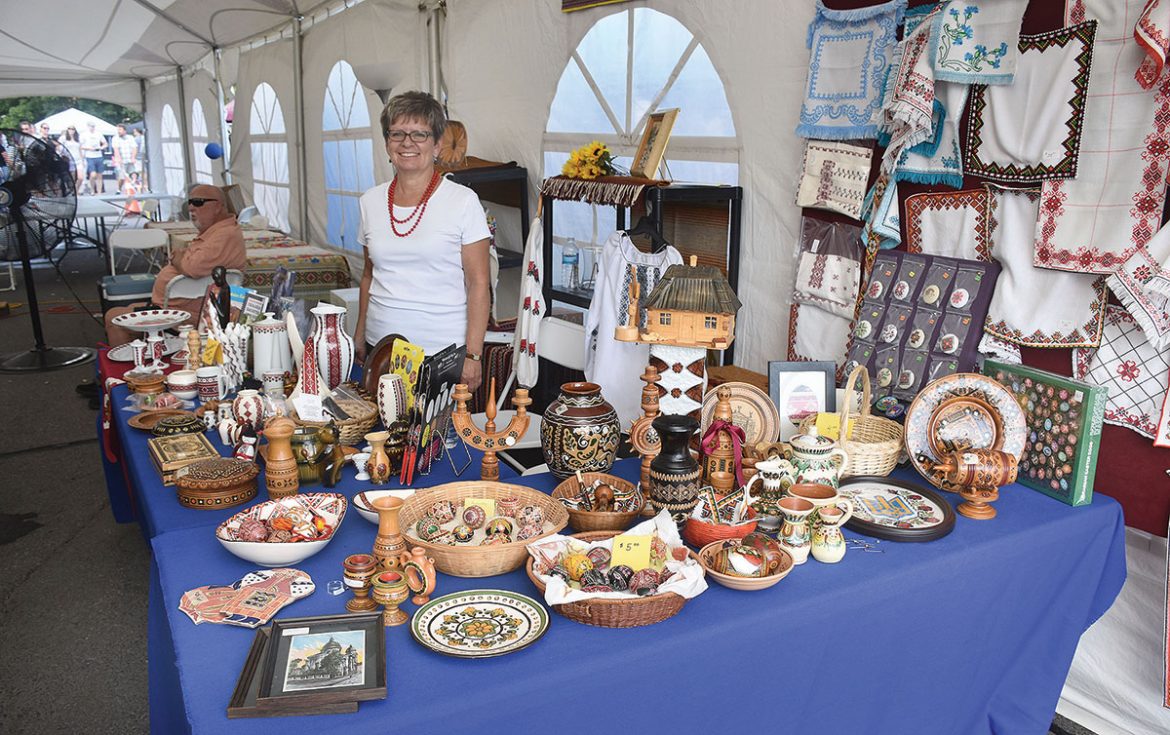 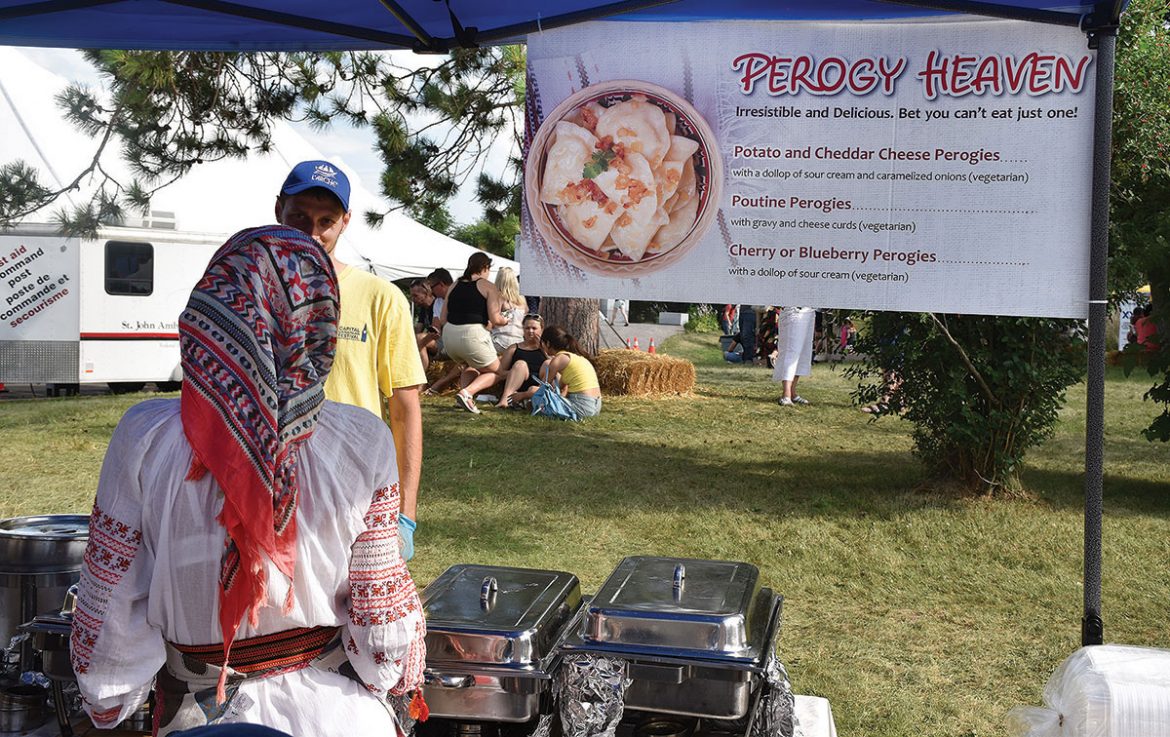 “Perogy Heaven” at the festival. 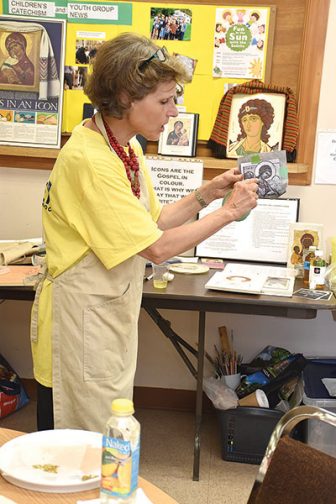 Olenka Galadza leads a workshop in the church hall on icons called “Windows to Heaven.” 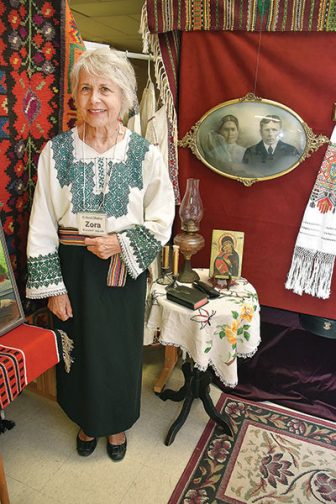 Zora Lucyk-Jackson with her collection of Ukrainian pioneer artifacts in the church hall. 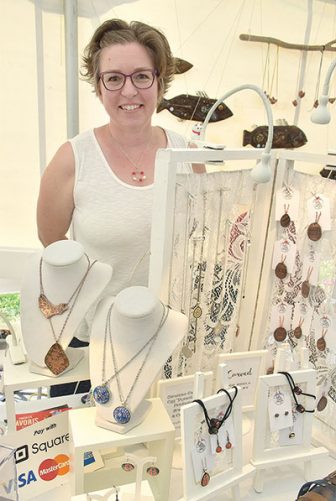 Melanie Ferguson of Mella Bella Designs with some of the jewelry she makes from broken pysanky. 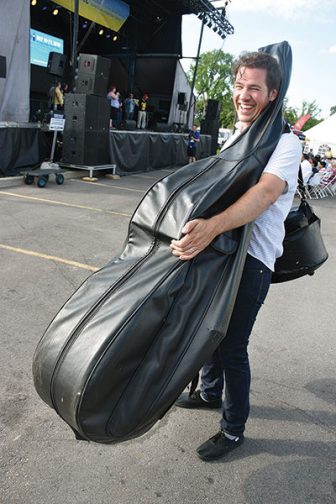 Landon Coleman with Peregrinations, an ensemble of parishioners and friends of St. John the Baptist Ukrainian Catholic Shrine.