Ukraine’s Minister of Culture Yevhen Nyschuk speaks at the opening of the exhibit.

KYIV – In November 2018, the Australian Federation of Ukrainian Organizations (AFUO) launched a unique photo exhibition in Melbourne to mark 85 years since the Holodomor – Stalin’s man-made famine in Ukraine in 1932-33. The exhibition honored survivors of the Holodomor who eventually came to settle in Australia.

Nine months on, the exhibition opened in Kyiv through a collaboration between the AFUO and the National Museum: Holodomor Victims Memorial. On August 22, “Voices From Across the Ocean: Holodomor Photographic Exhibition” was officially opened by Ukraine’s Minister of Culture Yevhen Nyschuk.

Mr. Nyschuk spoke passionately about the need for all to remember the suffering that Ukrainians endured during the Communist Soviet era and of the importance in informing, not only the world, but many Ukrainians who are still unaware of the depth of the tragedy of the Holodomor. 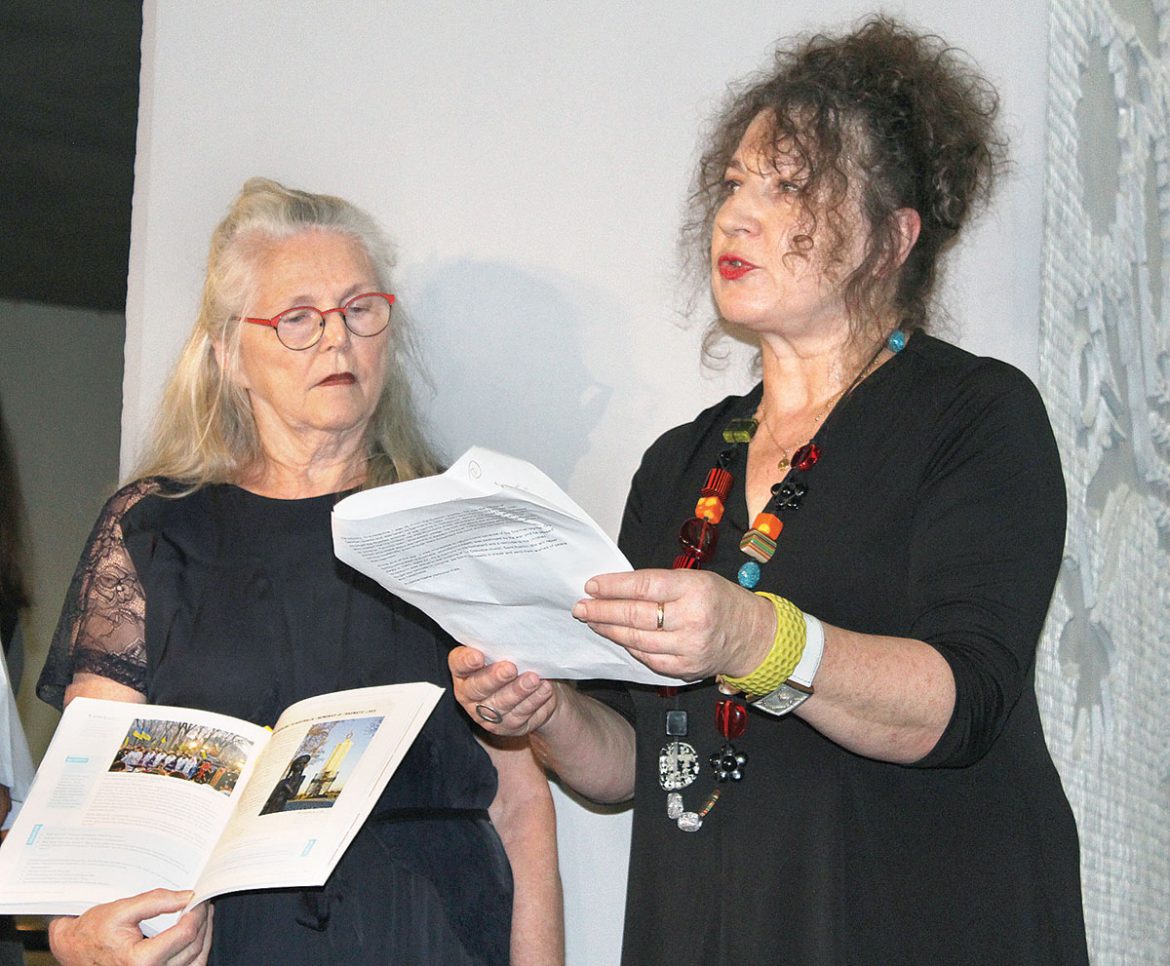 This moving tribute was brought together by Melbourne-based Ms. Kostiuk, Katya Danylak, award-winning principal photographer Ms. Green and photographer Andrii Gavran. They travelled across Australia for almost two years, interviewing and photographing Holodomor survivors with the help of the local diaspora. The project aimed to immortalize the stories of these incredibly resilient people – now in their 80s and 90s, some of whom have since passed away – and their families, ensuring the tragedy of the Holodomor is never forgotten.

The exhibition features 26 large, poignant, black and white portraits. Next to each face is the survivor’s story, generating a very powerful and emotional experience for viewers. Visitors are invited to write personal letters to the people featured in the exhibition.

Also promoted at the launch event was Andries Pyrczs’ chapter dedicated to the Holodomor in Australian text book “Twentieth Century 1: Between the Wars.” This is the first time the Holodomor has been included in an Australian higher education text book.

The Australian Federation of Ukrainian Organizations is an umbrella group for 22 community organizations throughout Australia. As such it is widely regarded as the “spokesbody” on matters concerning relationships within the Ukrainian community, and between Australia and Ukraine. The AFUO is composed of executive members who represent key facets of community life in Australia.

“Voices From Across the Ocean: Holodomor Photographic Exhibition” is on display at the National Museum: Holodomor Victims Memorial in Kyiv until October 22.