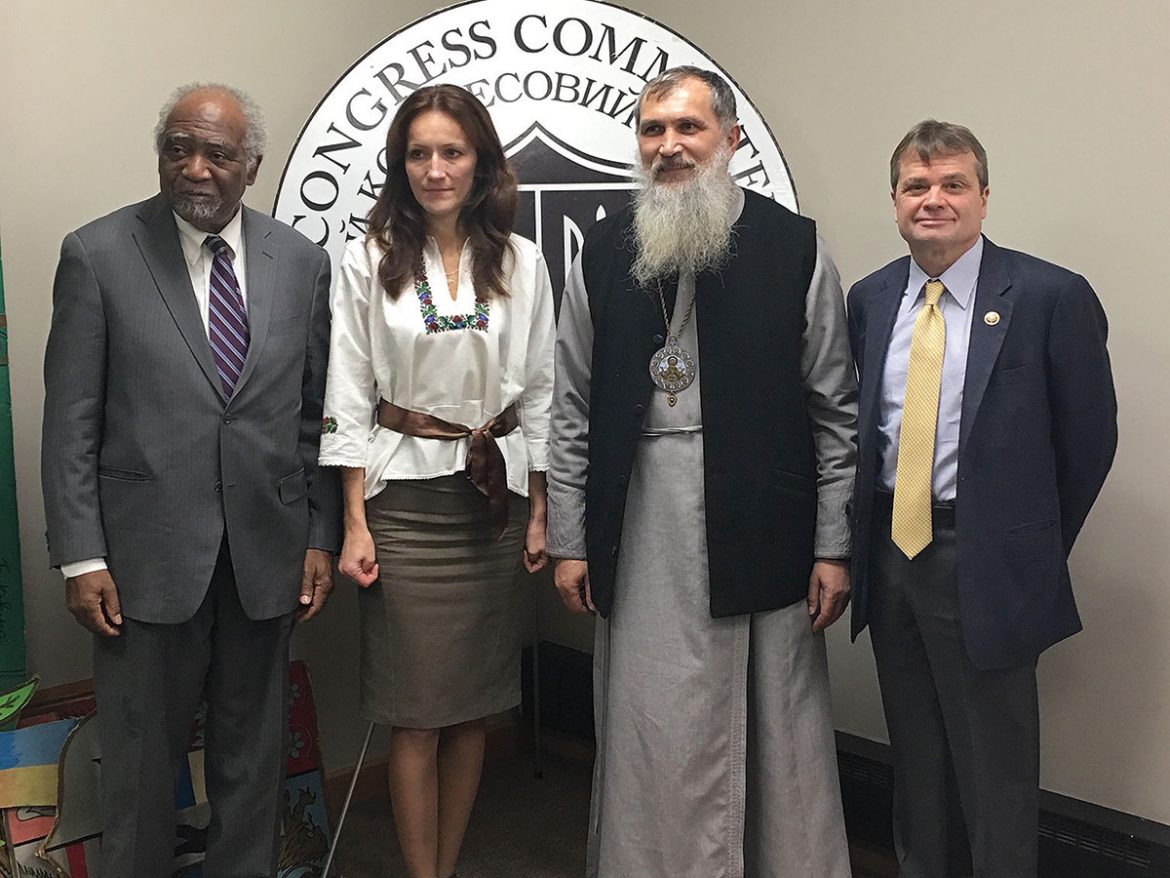 CHICAGO – Chicago’s Ukrainian community marked the 100th anniversary of the January 22, 1918, historic date when Ukraine’s Central Rada, headed by historian Mykhailo Hrushevsky, declared independence and broke ties with Russia. The Central Rada evolved into the fundamental governing institution of the Ukrainian National Republic and established the precedent for Ukraine’s parliamentary democracy and national independence that formed the basis for national identity throughout the 20th century, and the declaration of independence after the dissolution of the Soviet Union.

In noting the importance of this date as defining Ukraine, Vitaly Portnikov recently wrote, “Contemporary Ukraine, our country, was established 100 years ago as a political nation. It is this last century that is the most significant lever in the fate of the Ukrainian nation and in the lives of all people who live in Ukraine.” 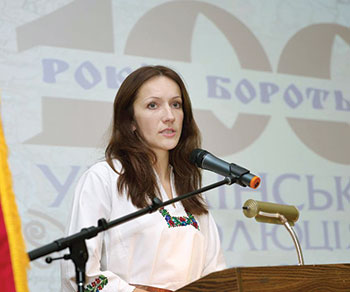 Alina Shpak of the National Institute of Remembrance in Ukraine.

A celebration of the event, also known as Ukraine’s Day of Unity, was organized by the Illinois Division of the Ukrainian Congress Committee of America. The Ukrainian Cultural Center was filled on January 28 with members of the community and special guests. Ihor Diaczun, president of UCCA Illinois Division, welcomed the distinguished guests and supporters who attended, including the main speakers, Bishop Benedict Aleksiychuk of the Ukrainian Catholic Eparchy of Chicago and attorney Alina Shpak, vice-president of the Institute of National Remembrance, who traveled from Ukraine for the occasion. 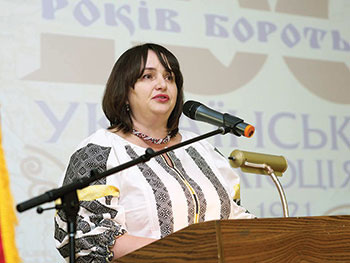 Congressmen Mike Quigley and Danny Davis, both Demcrats of Illinois, delivered eloquent speeches noting the commitment of the Ukrainian community in the United States and the perseverance of the Ukrainian people in the quest for freedom and democracy. They encouraged strong participation in promoting defense for Ukraine at this crucial time. 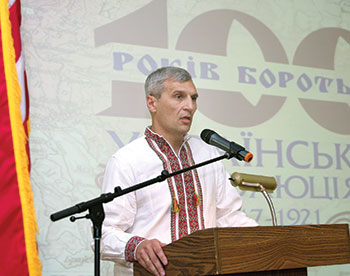 A surprise special guest from Ukraine, former Vice-Chairman of the Verkhovna Rada, Ruslan Koshulynskyy, greeted the audience with a call for support of Ukraine. Csaba Zongor and Romuald Poplawski, president and vice-president, respectively, of the Polish Hungarian World Federal Federation, and Henry Marciniak, chairman of Road to Peace Foundation, also brought greetings and words of support to the Ukrainian community.

The annual Day of Unity event in Chicago honors members who contribute to the community in significant ways and promote the best interests of the Ukrainian people. This year’s honorees were Irka Tkaczuk, chair of the board of trustees of St. Nicholas Cathedral School in Chicago; Peter Bencak, national commander of the Ukrainian American Veterans; and John Jaresko, head of the parish council at St. Andrew Ukrainian Orthodox Church in Bloomingdale, Ill. 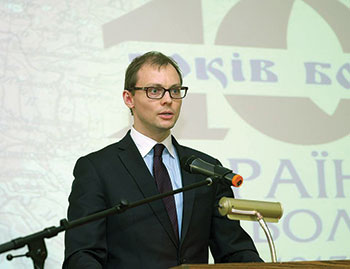 Chicago’s community is proud of the SUMA Choir conducted by director Volodymyr Popovych. Its program of patriotic Ukrainian songs moved the audience to a standing ovation, and master bandurist Ivan Shmilo demonstrated his musical skills with two songs on Ukraine’s national instrument.

Bohdana Bahriy was the masterful master of ceremonies who kept the program flowing and interesting.

The Chicago community has continued to mark the occasion of Ukraine’s declaration of independence of 1918 throughout the years in support of the Ukrainian nation’s long struggle for freedom.