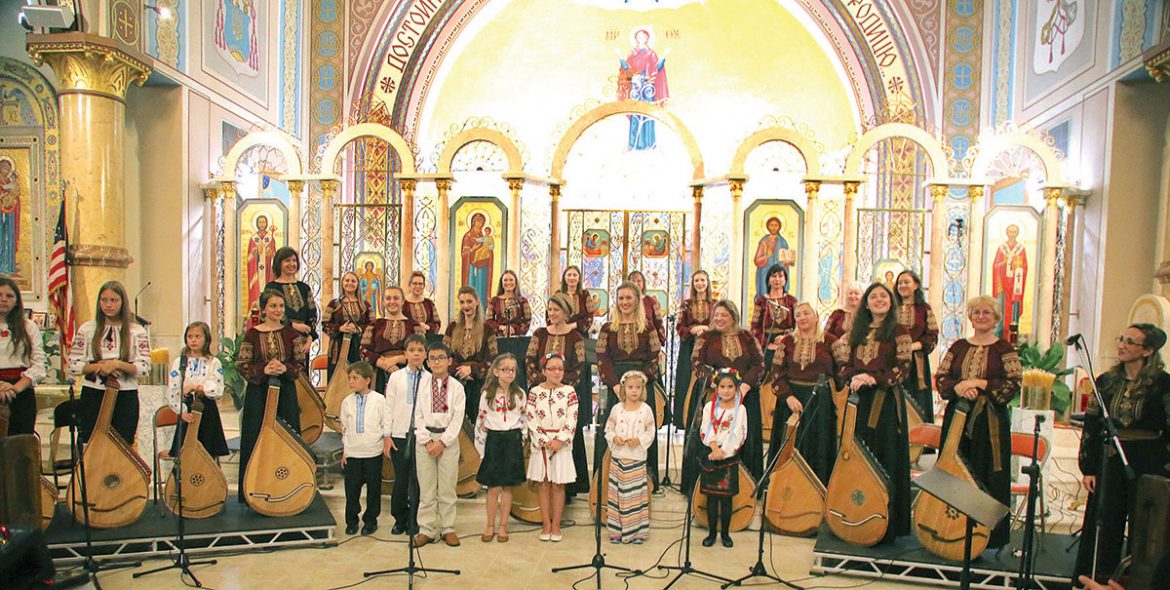 WBENA ladies along with the upcoming generation of musicians.

CHICAGO – Most, if not all, Ukrainians are familiar not only with the bandura, the classic Ukrainian musical instrument of multiple octave ranges and up to 68 strings, but also the Ukrainian Bandurist Chorus founded nearly a century ago.  Now, in the post-feminist era, exists the Women’s Bandura Ensemble of North America (WBENA).

The two-year old ensemble is co-directed by Oksana Rodak and Oksana Zelinska. Their concert featured classic Ukrainian selections, including “The Echo of the Steppes” (Homin Stepiv), an instrumental piece composed by Hryhory Kytasty, and “To My Son” (Vyrostesh Ty, Synu), set to the poem by Vasyl Symonenko, as well as songs arranged for bandura like the traditional English ballad “Scarborough Fair.”

The concert opened with “Beneath Thy Mercy” (Pid Tvoyu Mylist) composed by Dmytro Bortniansky, with solo performed by ensemble member Lesya Klimchenko.  Not only did Ms. Klimchenko solo, she also arranged this piece specifically for the ensemble along with Mykola Lysenko’s “Parting Song” (Koly Rozluchayutsia Dvoye).

Terenia Kytasty-Kuzma also sang a solo during “Remind Me, O Bandura” (Nahaday, Banduro), composed by Hryhory Kytasty, who once directed the Ukrainian Bandurist Chorus.  Ms. Kytasty-Kuzma is a direct descendant of Mr. Kytasty.  She received a standing ovation for her performance from the Chicago crowd.

A special bandura arrangement of Leonard Cohen’s iconic “Alleluia” prepared by Ms. Zelinska was incorporated into the evening’s repertoire.  The song was dedicated to the millions of innocent victims of the Holodomor, the genocidal famine of 1932-1933.  Soloists during this song were Veronika Chaplii, Christina Stasiuk Jamharian and Natalka Gil.

These three soloists and the rest of the ensemble hail from the United States, Canada and Ukraine, and currently reside in North America.  All of the women discovered their talents and passion for music, singing and the bandura during their childhoods – some as early as age 7.

Many of the women also learned to play piano or violin either before or while developing their bandura skills.  The youngest members are still in high school and are 16 years old – the minimum age to be considered for membership in the Ensemble.

Collectively and individually, ensemble members have an extensive educational and experiential background in both solo and ensemble performance.  Approximately one-third of the women have studied at music conservatories and schools of music, earning various levels of credentials specific to music performance and conducting.

Many of the Toronto-based WBENA ladies also perform with Zoloti Struny, while many of the Chicago-based women also perform regularly with Char-Zillya.

Despite being miles apart, the women of Chicago, Cleveland, Detroit, Hartford, Conn., New Paltz, N.Y., Pittsburgh, Toronto and other cities regularly discuss their outlook and goals, and the development of their group with the help of modern technology.  As president, Iryna Kytasty-Kuzma oversees these discussions while working closely with the group’s two artistic directors and artistic committee to determine specifics related to upcoming performances.  Together, they decide each concert’s music layout.

The WBENA ladies practice in person just a few times a year and rehearse on a regional level regularly.  Geographical challenges aside, WBENA has already recorded and released an album highlighting its successful performances from 2016. 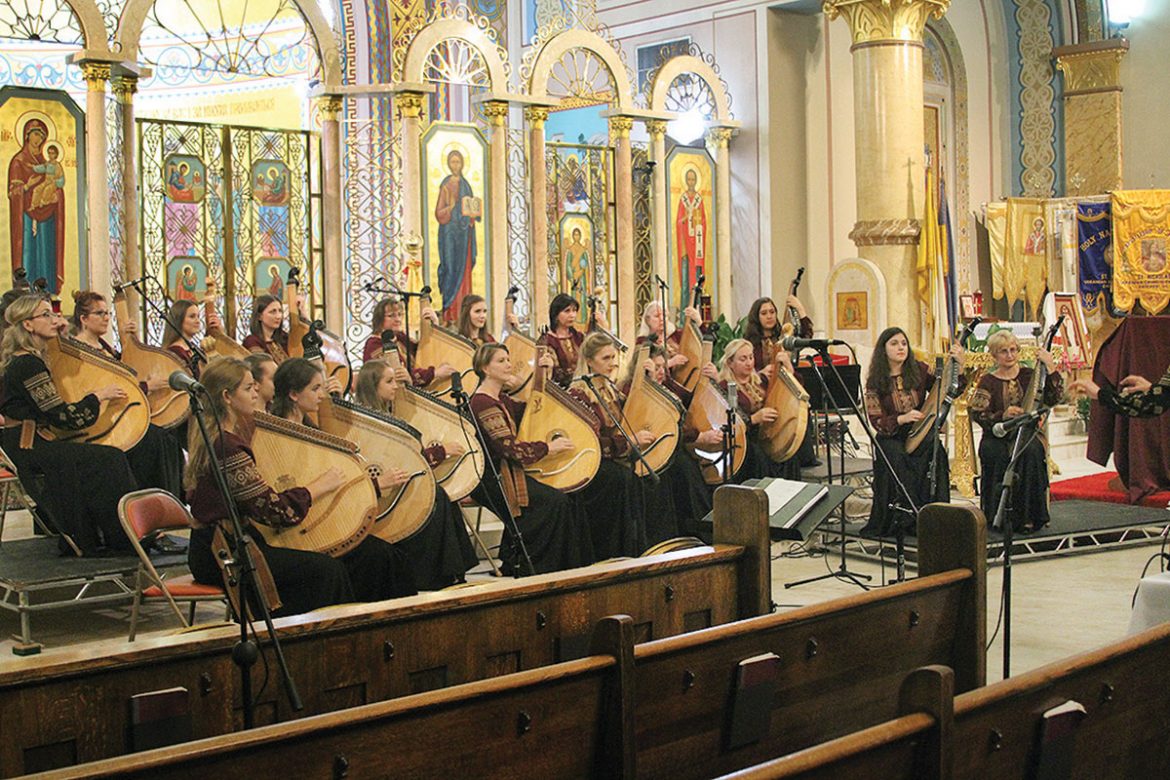 The Women’s Bandura Ensemble of North America performs in Chicago.

Ensemble members’ common interest and passion for music, and specifically the bandura, unites and bonds these ladies who hail from different generations.  It is these common strings that make this group come together in succinct harmony.

The WBENA ladies are encouraging the growth of this musical bond in the next up-and-coming generation of bandura enthusiasts.  Almost all of the women are cultivating an interest in music through the bandura by teaching aspiring musicians in their local communities.

The young bandura pupils of the Chicago School of Bandura and ODUM Bandura School joined WBENA at the conclusion of the Chicago concert to sing “Vziav By Ya Banduru” (I Take My Bandura to Play).

Before its Chicago appearance, the Women’s Bandura Ensemble had performed at the Ukrainian American Cultural Center of New Jersey in Whippany, N.J., Wesleyan University in Middletown, Conn., and Manor College in Jenkintown, Pa., as well as in conjunction with the Ukrainian Bandurist Chorus in both Cleveland and Detroit.