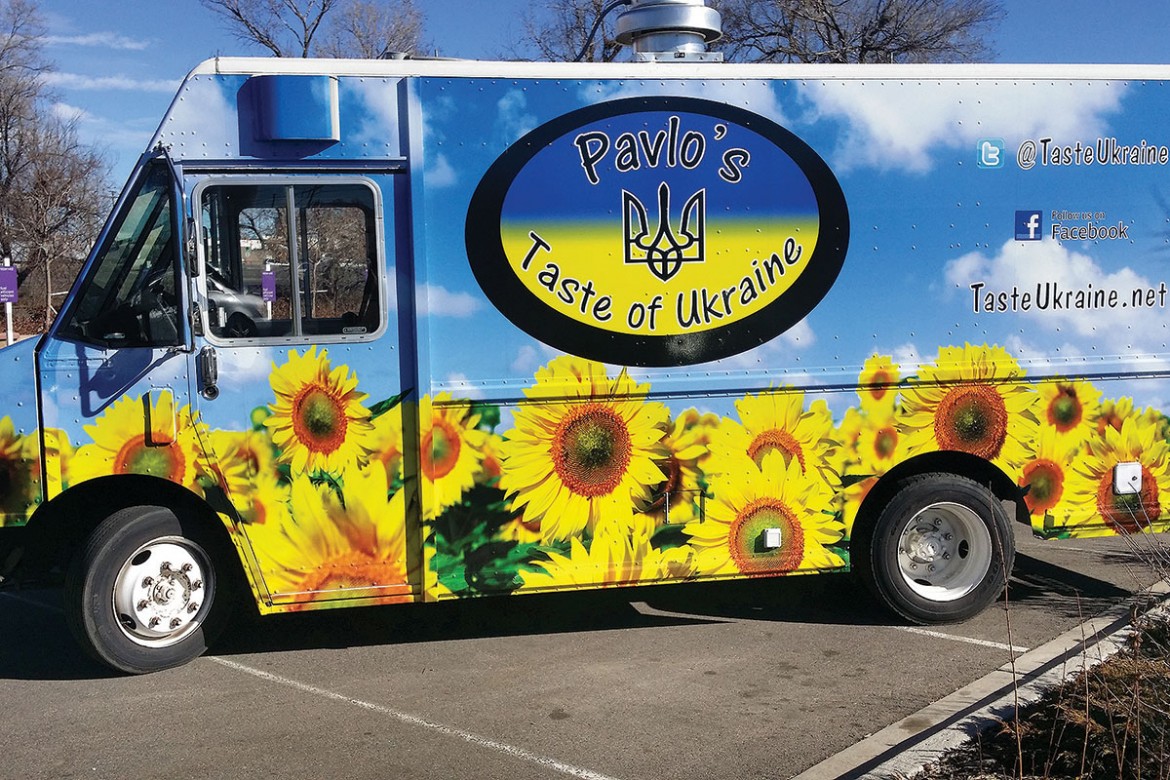 Mr. Makolondra, 35, explained to The Weekly that the Ukrainian community in Denver was small when he was growing up, consisting mostly of immigrants who arrived in the U.S. after the second world war.

With 21 years of experience in the hospitality industry, having worked just about every job in the hotels and restaurants, in 2010 Mr. Makolondra attended

the Le Cordon Bleu College of Culinary Arts in Minneapolis.

After graduating he worked in Minneapolis as a sous chef under chef Andy Woodcock – whom he credits with mentoring and motivation. He returned to Denver in 2014 to start Pavlo’s Taste of Ukraine – basing his selections on guidance from his Ukrainian-born grandmother, Maria. He learned the techniques and put his own flair on the traditional Ukrainian dishes. Mr. Makolondra began to notice an influx of Ukrainian immigrants in Denver and pointed out that people generally knew about Ukraine after Russia’s 2014 invasion.

Customers, he added, continue to ask about the situation in Ukraine and offer support for the Ukrainians in defense of their country. “It’s amazing how current events brings people together.”

On recent Fridays, Mr. Makolondra teamed up with Ukrainians of Colorado (www.ukrainiansofcolorado.com) for its monthly Ukrainian Happy Hour and Networking event at Diebolt Brewing Company in Denver, with his food truck providing Ukrainian offerings.

Readers can find out where Pavlo’s Tatse of Ukraine food truck will be via his Facebook page (www.facebook.com/pavlos-taste-of-ukraine), his website (www.tasteukraine.net) and the Food Trucks In website (www.foodtrucksin.com/pavlos-tate-ukraine). His food truck makes frequent appearances at festivals, concerts and college campuses.