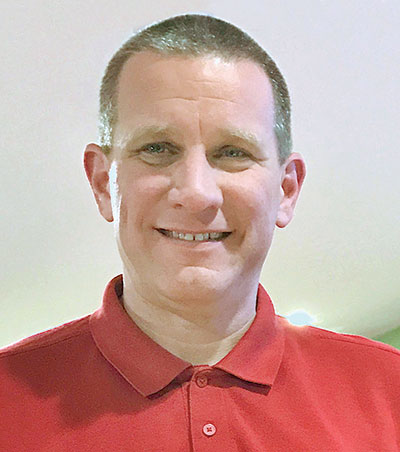 TORONTO – HREC Education, of the Holodomor Research and Education Consortium (HREC), a project of the Canadian Institute of Ukrainian Studies, University of Alberta, announced on October 1 that its national panel of three education adjudicators has selected the 2019 winner of the HREC Educator Prize for Holodomor Lesson Plan Development.

This year, the judges have awarded one prize of $1,000 (Canadian) to Dr. Thomas R. Mueller of the California University of Pennsylvania in California, Pa.

Dr. Mueller has been a geography professor at California University of Pennsylvania since 1999. He is also an educational associate for the Harvard Ukrainian Research Institute’s MAPA (Digital Atlas of Ukraine) program. His interests include Geographic Information Systems (GIS, or computer mapping), geography education and world regional geography, with a goal of applying spatial theory to the “real world” using GIS in particular. Service learning is a focus of his geography courses, and students in them have completed real-world projects for local police departments, planning offices, and others. He has taught GIS workshops in the community, at universities, and for the K-12 community.

The winning lesson plan, titled “Holodomor – Three Issues to Examine (High School Edition),” has students apply their critical thinking to what can be analyzed by comparing the patterns of three factors related to a better understanding of the Holodomor through a hands-on approach in simple steps utilizing current geographically mapped research data. Students create maps of the population’s losses during the Holodomor using HURI’s online MAPA Program database. Then, in three groups, students compare these losses to facts on either collectivization, environmental issues or losses by nationalities, and present their findings to each other during the discussion of the Holodomor that follows.

After hearing about Dr. Mueller’s award, California University of Pennsylvania’s president, Geraldine M. Jones, responded: “This is an outstanding recognition to receive.” Provost and Senior Vice President of Academic Affairs Bruce D. Barnhart wrote of Dr. Mueller: “HREC confirms once again you are simply an outstanding faculty member and scholar.” Serhii Plokhii, director of the Harvard Ukrainian Research Institute, additionally noted: “I hope we will be able to feature you and the award on our website.”

“This year we were pleased to see a variety of disciplines other than history being represented amongst the submissions, including a geography lesson,” stated Valentina Kuryliw, HREC director of education, who created the prize. “Submissions may be sent by teachers in Canada and the United States. This is the first time the award has gone to an American educator. The award is intended to foster the development of innovative, creative and interactive lessons for Grades K-12 in school curricula which develop critical thinking skills while addressing the topic of the Holodomor.”

Dr. Mueller’s winning lesson plan will be posted on the HREC Education website for educators to download and use in the classroom.

HREC Education also announced that in 2020 the HREC Educator Award for Holodomor Lesson Plan Development will increase for an individual prize, up to, but not exceeding, $2,000 (Canadian). Information about the award and the award application may be downloaded from HREC Education’s website at education.holodomor.ca.