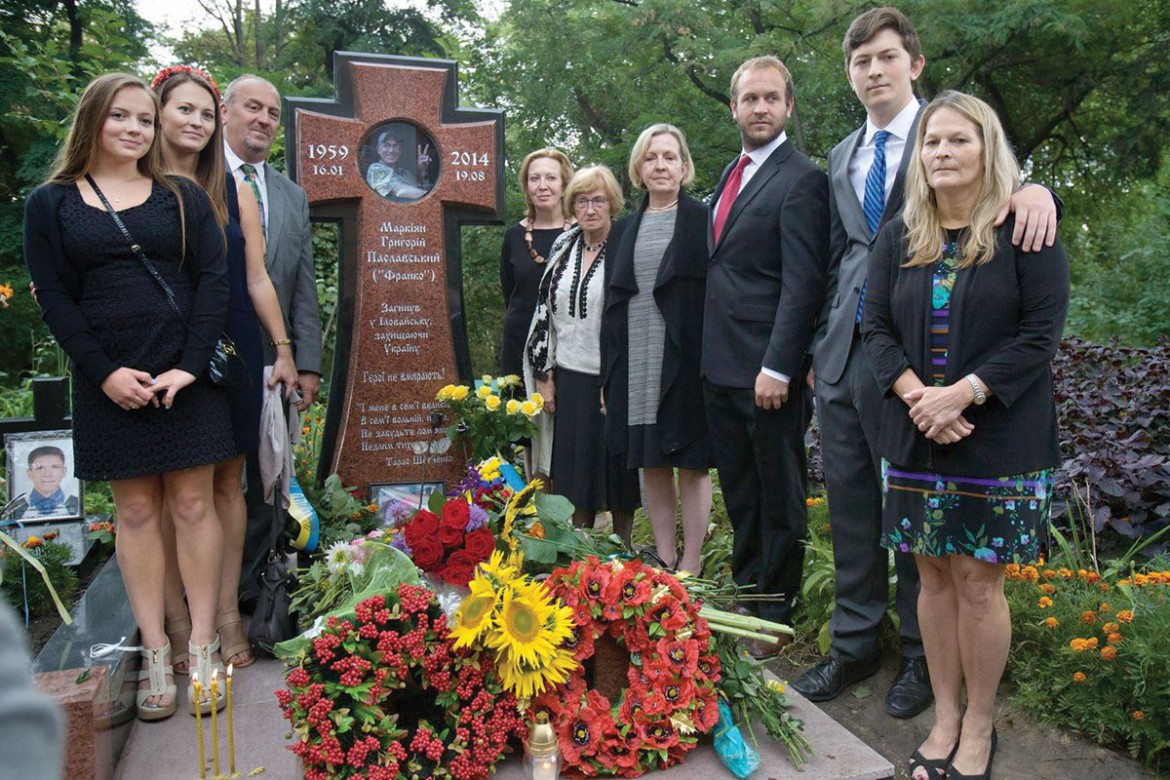 The family of Markian Paslawsky gathered at his newly erected gravestone at Askold’s Grave in Kyiv.

PARSIPPANY, N.J. – Hundreds, including many members of Plast Ukrainian Scouting Organizations paid their respects during the unveiling of a memorial gravestone and plaque for Ukrainian American Markian “Franko” Paslawsky at Askold’s Grave in Kyiv on August 19, exactly one year after Mr. Paslawsky, 55, was killed in action while serving in the Ukrainian Donbas volunteer battalion near the town of Ilovaysk, Ukraine, on August 19, 2014.

Askold’s Grave is a place of honor for heroes of Ukraine, where victims of the Battle of Kruty are memorialized as is Oleksandr Klitnytskiy, a recently identified victim of the Euro-Maidan protest who is counted among the Heavenly Brigade. 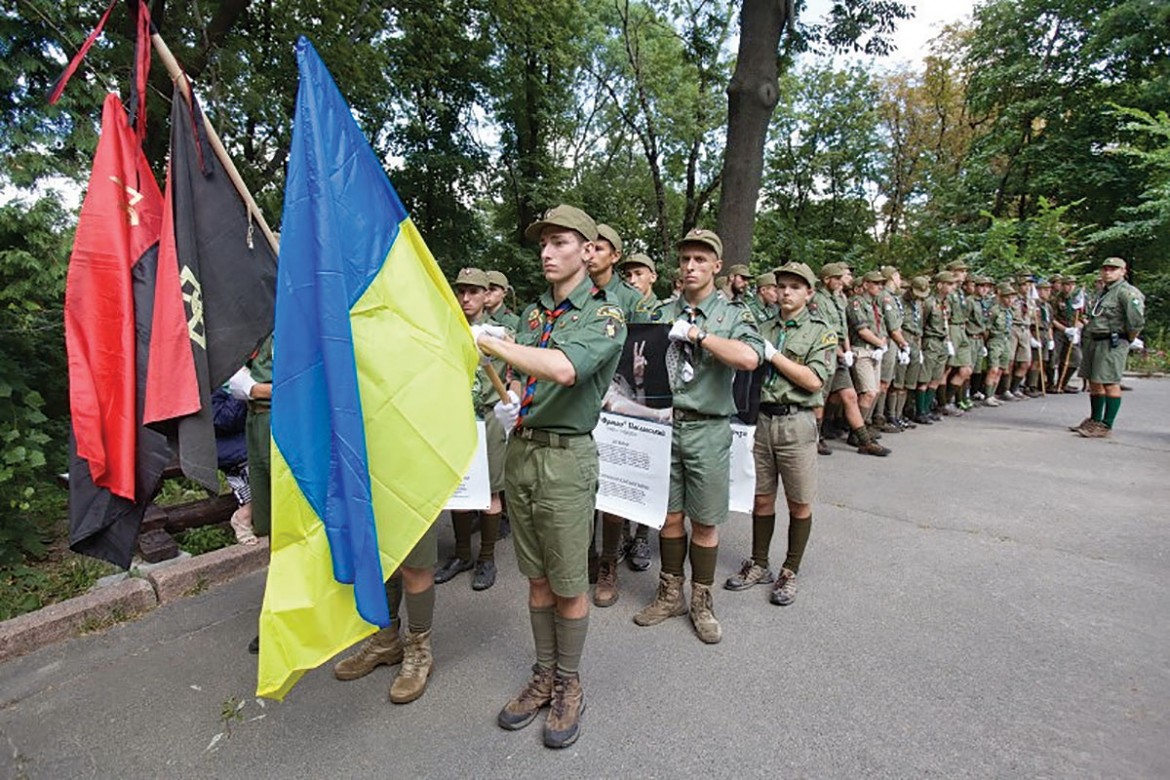 Plast members of Ukraine pay tribute to the late Markian Paslawsky (1959-2014), who was a member of Plast in the U.S.

The gravesite was blessed by local clergy, who served a liturgy on the one-year anniversary of Mr. Paslawsky’s death. The monument headstone is in the shape of a cross and features Markian’s picture in Ukrainian fatigues giving his signature peace sign and smile.

The headstone is inscribed: “Markian Gregory Paslawsky (‘Franko’), died in Ilovysk in defense of Ukraine; Heroes never die!” Also inscribed are the last lines of Taras Shevchenko’s poem “Testament” (Zapovit): “And in the great new family, The family of the free, With softly spoken, kindly word, Remember also me.”

Surviving family members were in attendance, including Markian’s mother, Orysia, his two sisters, Olena and Irena, and brother, Nestor (general manager of the Soyuzivka Heritage Center). 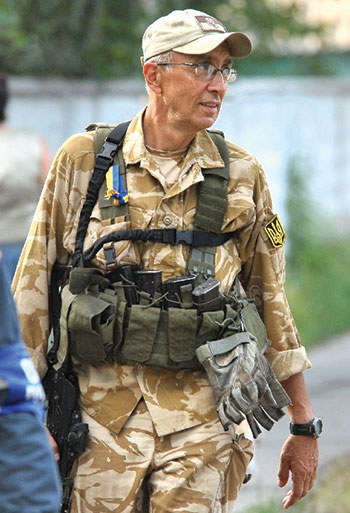 Markian Paslawsky on the battlefront.

Born and raised in the United States, and a graduate of the U.S. Military Academy at West Point, Markian Paslawsky had lived in Ukraine for nearly 20 years following Ukraine’s renewed independence after the collapse of the Soviet Union. He was granted Ukrainian citizenship (after renouncing his U.S. citizenship) when he volunteered to fight the invasion of Ukraine by Russia-backed forces. 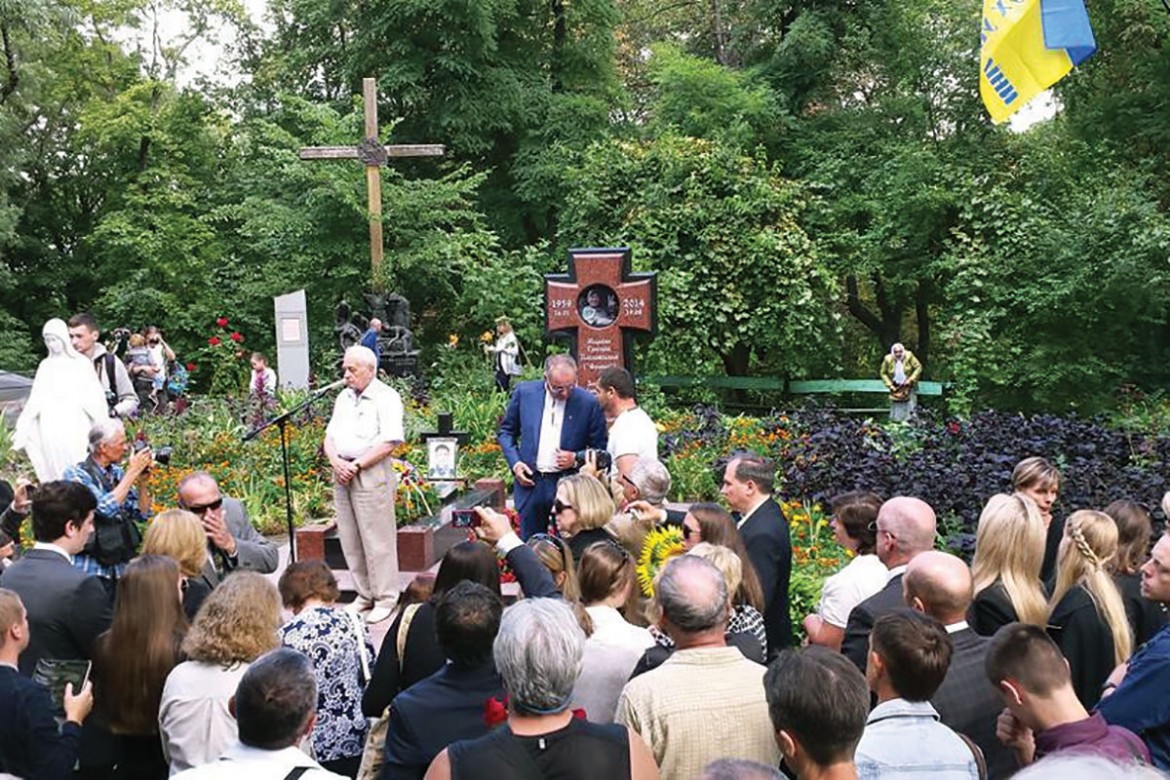 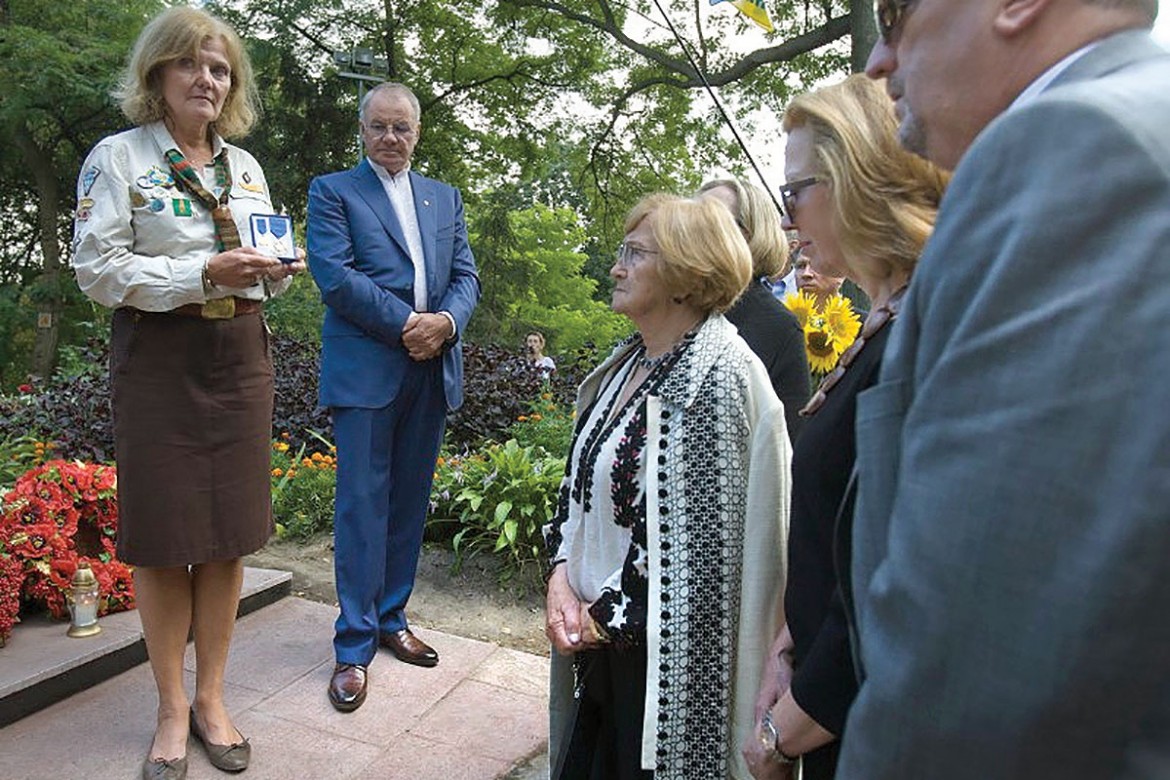 Dr. Christine Kochan, chair of Plast U.S.A.’s national board of directors, presents the Iron Plast Cross that was awarded by the worldwide Conference of Plast Organizations to Markian Paslawsky’s mother, Orysia.