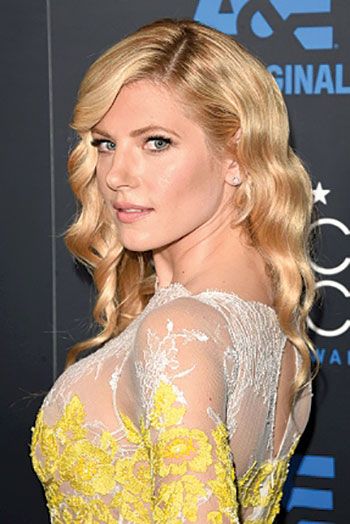 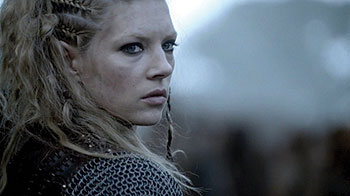 Ms. Winnick’s Ukrainian roots run deep, as her grandfather was a member of the Ukrainian Sich Riflemen. She spoke exclusively Ukrainian up until the age of 8. She was a member of Plast and studied Ukrainian language at the Tsiopa Paliyiv School of Ukrainian Studies in Toronto as well as frequented the local Ukrainian Catholic church. She also holds black belts in karate (second degree) and taekwondo (third degree) has won silver medals at the Canada National Taekwondo finals, and she is a licensed bodyguard. She is planning her first visit to Ukraine soon with her mother, Lesia (who is vice-president of the Ukrainian Canadian Congress Toronto branch) and her father, Roman Winnicki.

She has appeared in numerous films, including “Love & Other Drugs,” “Killers” with Ashton Kutcher and “Art of the Steal.” Having begun her acting career on television in 1999 with an appearance in the series “PSI Factor: Chronicles of the Paranormal,” recently she has performed on the series “Person of Interest.” In her 2009 role in “Cold Souls” she played the role of Svieta, and had to learn Russian dialogue.

In speaking with Taras Zen, Ms. Winnick, who was known as Katrusia, stated: “Since leaving home and Canada, to build my career, I did not have many opportunities to speak Ukrainian. But I try – I want to do this.”

Lesia Winnicki explained: “To describe our family, for example, my parents were born in Galicia (Halychyna). My mother [was born] in Lviv region and my father in the Ternopil region. My husband’s parents come from Staryi Sambir and Boryslav. In the 1940s my family fled the Soviet regime. Both Katrusia’s father and I were born in Germany, and we arrived in Canada when we were very young. Right now, we have four children – Katrusia, Markian, Daria and Adam. They were all born in Canada, and all of them were members of Plast and studied at Ukrainian school, all having graduated.”

Ms. Winnick noted: “I have not yet, unfortunately, been to Ukraine. But I plan on visiting because many Ukrainian fans have been asking me. If my filming schedule for ‘Vikings’ in Dublin, Ireland, allows, I would like very much to visit Kyiv. I do not know my exact schedule, but I would also like to meet with Plast scouts.”

“Yesterday I flew from Ireland to Toronto to visit my parents, just for the day, and then I fly back tomorrow – right now we’re celebrating my father’s 70th birthday. He may be able to explain the Vinnitsky family’s role in the liberation of Ukraine,“ she told her interviewer.

Roman Winnicki: “My father, Katrusia’s grandfather, Volodymyr Vynnytsky, was a Sich Rifleman. In the army, he was very young. His father was born in 1902. When he signed up with the Sich Riflemen, he lied about his age, saying he was 18, when he was in fact 16. I can say that not only the Winnicki family had been active in many Ukrainian organizations, but also my wife’s side as well. After the war, my father was active in founding an organization for Sich Riflemen veterans, in which he had a high position.”

Ms. Winnick described her Plast experience from age 6 to 18, having been a member of the Voloshky group as a cub scout and then the Kedry troop as a scout. She also worked as a counselor at camps for younger Plast members (“novatstvo”). She volunteered, leading weekly meetings, but had to step down after a year or two due to her busy schedule. She left Plast when she was 17 and actively concentrated on taekwondo. “I wanted to fight with boys,” she noted.

Growing up in the Ukrainian community,  she said, her Plast experience was the foundation of her upbringing. Scouting, she said, prepared her with discipline and a regimen, such as morning exercise, and this helped her in her taekwondo training.

When asked about the situation in Ukraine, Ms. Winnick stated: “I think that Ukraine is living through a very difficult time. Very difficult, that Ukrainians are sticking together, helping one another, fighting for freedom and democratic goals. It hurts me deeply, and I support Ukraine’s struggle. I believe that this will make Ukraine stronger and all will end triumphantly.”

Ms. Winnick has spoken Ukrainian on U.S. talk shows, and many of these clips have become very popular in Ukraine. She added that her pride in her Ukrainian heritage makes her stand out in Hollywood.

She has met Vera Farmiga, the Ukrainian American actress who stars in the A&E series “Bates Motel.” Ms. Winnick noted that they had briefly met in New York during a press conference.

Of the “Vikings” series, Ms. Winnick stated: “I am very happy to be a part of the series. My heroine role is close to my spirit. The person in charge of the casting is very good at what they do, having found some great actors. The role of the warrior-wife really matched my view on life.  This is, for sure, my favorite role that I have had the opportunity to portray.”