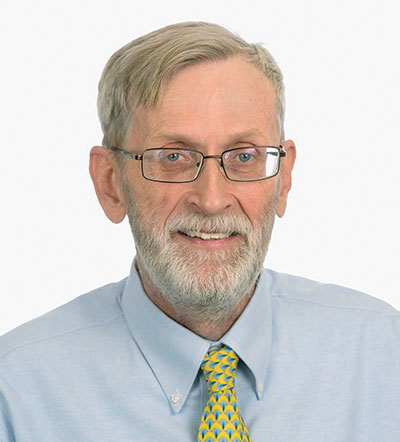 With the death of Prof. von Hagen, the academic community, and Ukrainian scholarship in particular, has lost a distinguished historian, a brilliant intellectual, and a leading figure in the furthering of Ukrainian studies in the U.S. and abroad. As director of the Harriman Institute he forged the future of Ukrainian studies at Columbia, as president of the International Association for Ukrainian Studies he contributed to international scholarly collaboration, and more recently as a dean at the Ukrainian Free University in Munich, he helped to sustain the future of an important European educational center, training Ukrainian scholars. Throughout his career as educator, he reached out to train hundreds of young historians, guiding many of the them in their research in Ukrainian history.

Prof. von Hagen was born in Cincinnati; his father was in the military, so the family moved often, eventually settling in Colorado. He received his undergraduate degree from Georgetown University, followed by an M.A. in Slavic language and literature from Indiana University and a Ph.D. in history from Stanford University. He taught at Columbia University from 1985 to 2009, and then at Arizona State University from 2009 until his retirement earlier this year, while simultaneously holding the position of a dean at the Ukrainian Free University.

Prof. von Hagen’s contributions to Ukrainian studies are numerous. As a scholar, he is perhaps best remembered for his article with a provocative title “Does Ukraine Have a History?” published in Slavic Review in 1995, accompanied by a cluster of responses by other leading scholars. It led to a fundamental rethinking of the role and place of Ukraine in Western historical scholarship. In the late 1990s to early 2000s he was among the scholars who pioneered post-colonial approaches to the study of the Soviet empire.

His many co-edited volumes include “After Empire: Multiethnic Societies and Nation-Building” (1997), “Culture, Nation, and Identity: The Ukrainian-Russian Encounter” (2003), “Russian Empire: Space, People, Power” (2007) and “Empire and Nationalism at War” (2014).

His lifelong interest in research on World War I led to the publication of his monograph “War in a European Borderland: Occupations and Occupation Plans in Galicia and Ukraine, 1914-1918” (2007).

At the time of his death, he was working on a manuscript on Ukraine during the struggle for independence in 1917-1921, which will hopefully see its publication soon.

In 2003, Prof. von Hagen was commissioned by The New York Times to study the role of Walter Duranty, the paper’s Moscow correspondent in the 1930s, in covering up the tragedy of the Holodomor. Duranty’s win of the Pulitzer Prize for his reporting from the Soviet Union was extremely controversial, and Prof. von Hagen, after carefully examining the evidence, recommended that Duranty’s prize be revoked. While his advice was not followed, Prof. von Hagen’s report helped bring worldwide attention to Holodomor and its lasting tragic consequences.

Many members of the American Association for Ukrainian Studies treasure memories of Prof. von Hagen’s friendliness and warmth, his hospitality, good humor and his legendary accordion playing skills. We are especially grateful for his tireless work as president of the International Association for Ukrainian Studies aimed at reforming and modernizing Ukrainian academic institutions. His contribution to Ukrainian studies in the U.S. and in the West more broadly over the past three decades is hard to overestimate.