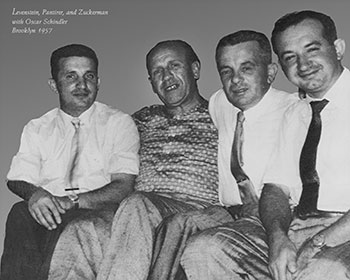 Messrs. Zuckerman and Pantirer each lived in Hillside for over 45 years, while Mr. Levenstein lived here for 33 years. They stayed in close communication with Mr. Schindler and were leaders in getting him the recognition that he deserved 40 years before the movie “Schindler’s List” premiered.

Messrs. Zuckerman, Pantirer and Levenstein went into the residential construction business together. To honor Mr. Schindler, they named a street after him in many of the communities where they built houses. Today, over 35 streets in various communities in New Jersey and Pennsylvania are named for Oskar Schindler.

This past month marked the 20th anniversary of Hillside’s Irvington Avenue being designated as Schindler Way. The sign can be seen near Kean University’s East Campus (i.e., the old Pingry school campus in Hillside).

This year also marks the 25th anniversary of the premiere of Steven Spielberg’s movie “Schindler’s List.” The Zuckerman and Pantirer families are in the movie’s ending scene, where Schindler survivors and their families place stones on the grave of Oskar Schindler in the Catholic Cemetery on Mount Zion in Jerusalem. (Note: Mr. Levenstein passed away prior to the filming of the movie.) 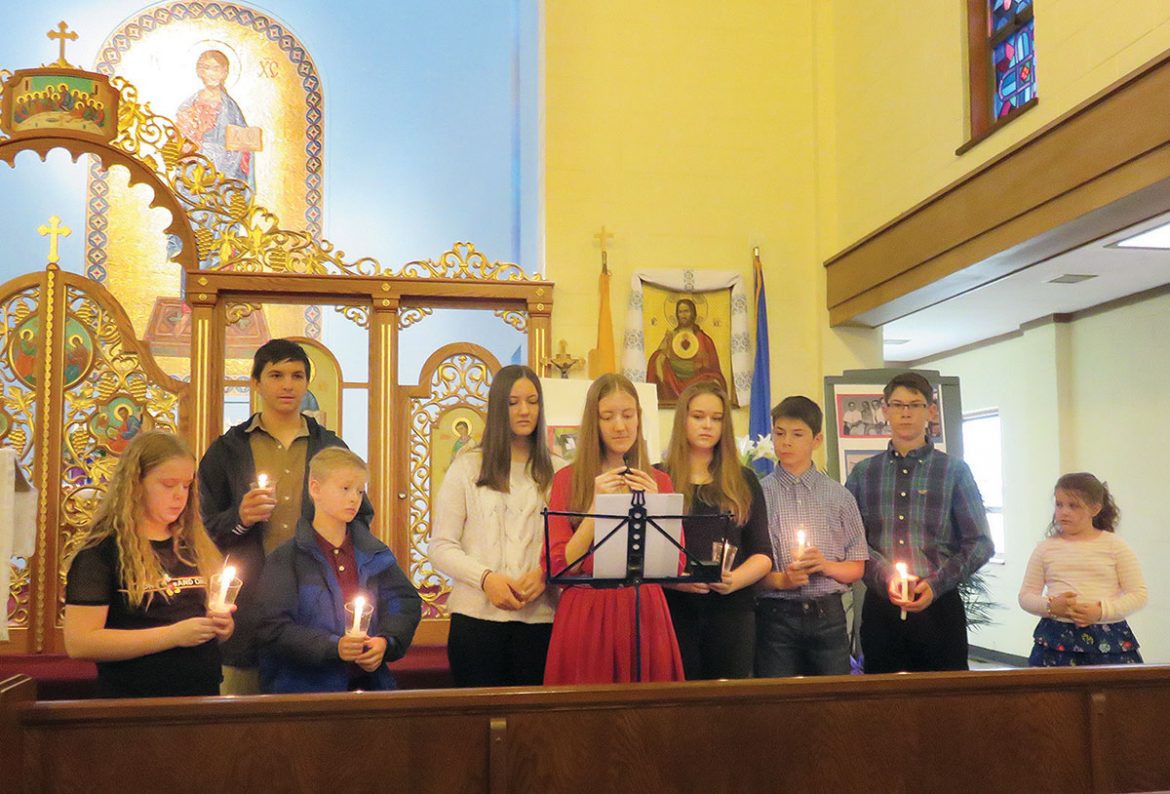 Children recite a poem about the Holocaust and hold six candles in memory of the 6 million Jews killed in the Holocaust.

In commemoration of the 110th anniversary of Oskar Schindler’s birth (which was on April 28), Immaculate Conception Ukrainian Catholic parish in Hillside, N.J., offered the 10:45 a.m. liturgy on Sunday, April 29, for the intentions of Oskar Schindler and all living and deceased victims of the Holocaust. The parish also held a special panakhyda service for the repose of the souls of the deceased, which included the reading of the individual names of the Zuckerman, Pantirer and Levenstein family who were killed in the Holocaust.

After learning about the Holocaust, Oskar Schindler and other individuals who helped save the lives of many Jews during this time, among them Ukrainian Catholic Metropolitan Andrey Sheptytsky, the parish children decided to honor Mr. Schindler and the victims of the Holocaust. Their program include flute renditions of the “Schindler’s List” theme song and of the song “Moving to the Ghetto, October 31, 1940,” which commemorates the Nazis’ resettlement of Jews into the ghetto in Warsaw; and the reading a poem about the Holocaust written by a 16-year-old girl who participated in the March of the Living. The children held six candles symbolizing the 6 million Jews who were killed in the Holocaust, including 1.5 million children.

The parish was blessed to have Abraham Zuckerman’s son and son-in-law read a personal letter written specifically to the parish from the Zuckerman, Pantirer and Levenstein families. 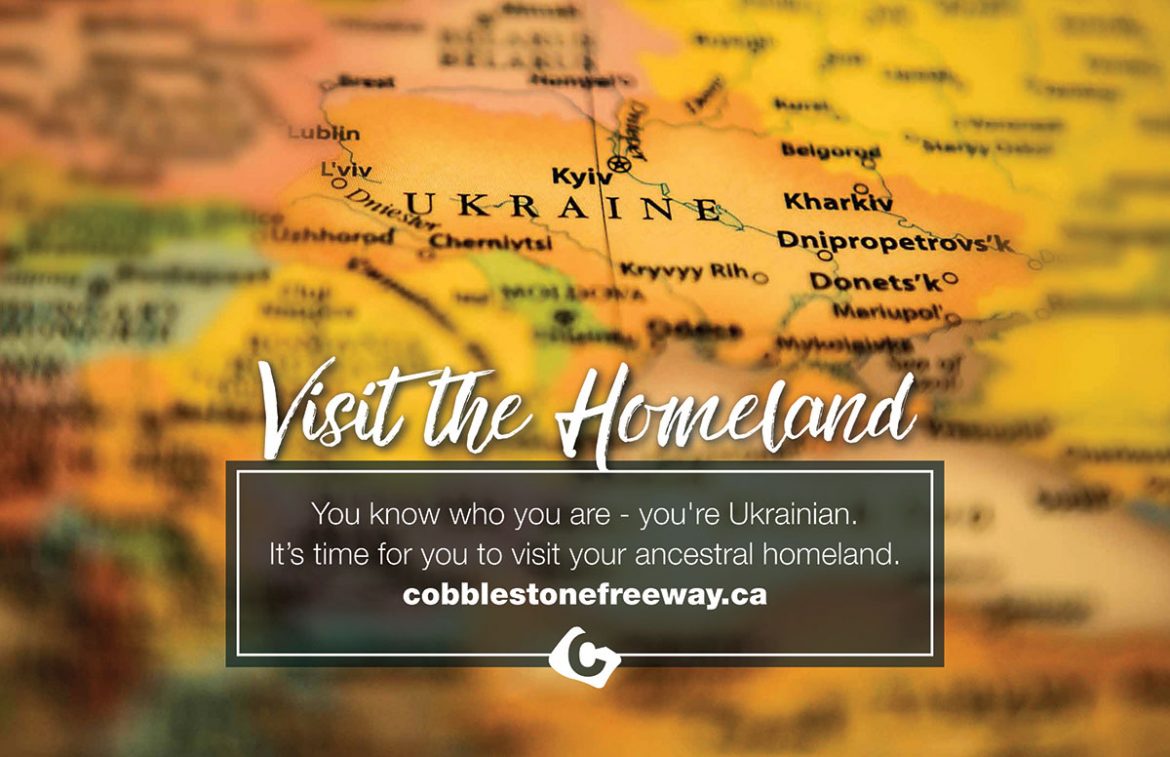 Larry Pantirer, son of Murray Pantirer, wrote about his father’s explanation of how he was placed on the actual Schindler’s list: “My dad too was steps away from the gas chamber, but Schindler was persuaded by two of his Jewish workers, Mietek Pempe and Itzhak Stern, to compile a list of 1,200 names, people who were to be relocated to Schindler’s new ammunition factory in Brunnlitz, Czechoslovakia. Two hundred names came from Plaszow, including my father’s and his uncle Isak Levenstein. He never knew who put his name on the life-saving list, but over the years when we talked of God, and as my young liberal mind began to question everything in life, he would always remind me that it was an angel sent from heaven that inscribed his name into that list of life.”