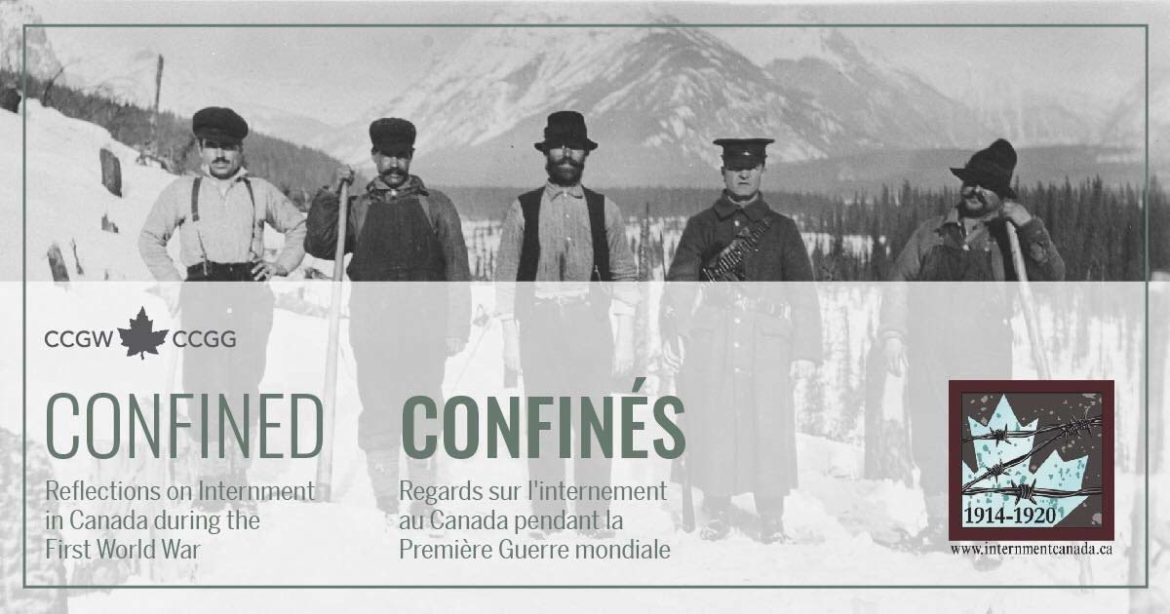 Internees in Canada during World War I.

MONTREAL – The Canadian Centre for the Great War (CCGW), a non-profit organization, has launched an online exhibit, “Confined: Reflections on Internment in Canada during the First World War.”

The exhibit shows images from the internment operations in Canada during World War I that targeted, among other ethnic groups, Ukrainians, who were labeled as “enemy aliens.” The exhibit can be found on the center’s website, www.confined.greatwarcentre.com, with additional photos on its Facebook page, www.facebook.com/greatwarcentre/photos.

The website describes the work: “Our mission is to preserve, protect and archive artifacts related to the Canadian experience of the first world war and to inform Canadians of the same. We do not attempt to highlight the large historical events of the war, but rather present personalized narratives of the many experiences that touched Canadians during this period.”

The camps were divided into two groups – “receiving stations” and permanent internment camps that housed 8,816 men, women and children, including civilians and prisoners of war. Ukrainians are counted among people from Austro-Hungary (5,954 people as listed on the website), which included Czechs and Slovaks.

The camps are described by the CCGW: “The camps were mostly located in repurposed government buildings, military installations and two rented factories. During the summer, certain locations would use tents or train cars as shelter. Adhering to the Hague Convention, internment facilities were, at least technically, as good as those offered to Canadian soldiers. However, most of these camps were located in harsh environments far from hospitals and other sanitation infrastructure, allowing diseases to flourish. Due to the harsh conditions of internment, combined with the general stress of imprisonment, 107 internees died between 1914 and 1920.”

Internees were used as forced cheap labor in forestry, mining and land-clearing projects by the Canadian government.

The website continued: “By 1916, labor shortages became so acute that the Canadian government sent internees to work in factories, resulting in 75 percent of the camps being shut down, including one of the largest in Spirit Lake, Quebec. These enemy aliens were released, usually to work in mines or in the railroad industry, provided they sign a parole document demanding loyalty, adherence to the law and periodical reports to the nearest police authority.”

The website acknowledged the work of Ukrainian organizations and politicians in bringing these events to light and informing the public. Included in these acknowledgments were Member of Parliament Inky Mark’s private member’s Bill C-331, Internment of Persons of Ukrainian Origin Recognition Act, which received Royal Assent on November 25, 2005. Following negotiations with the Ukrainian Canadian Civil Liberties Association, the Ukrainian Canadian Congress and the Ukrainian Canadian Foundation of Taras Shevchenko, the government of Canada on May 9, 2008, established the Canadian First World War Internment Recognition Fund to support commemorative and educational initiatives that recall what happened to Ukrainians and other Europeans during Canada’s first national internment operations of 1914-1920.

This project was made possible by a grant from the Endowment Council of the Canadian First World War Internment Recognition Fund.