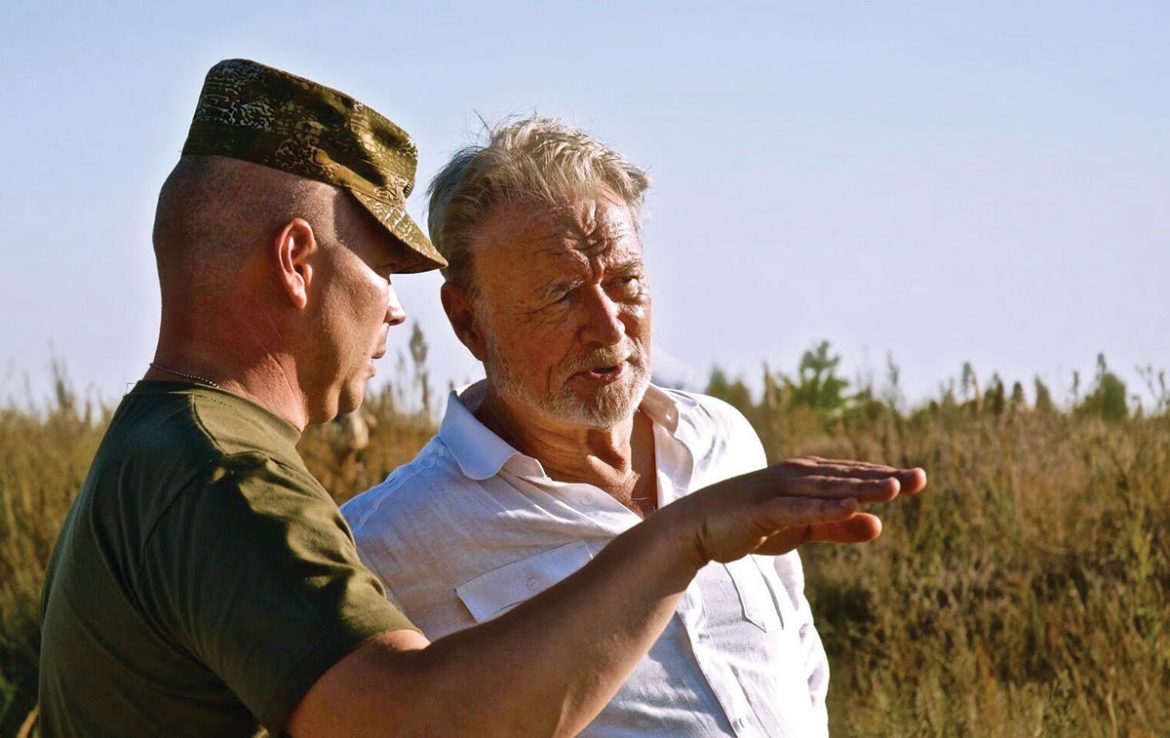 KYIV – Dr. Phillip Karber never projected that Ukraine would be able to withstand Russian military aggression for as long as it has – three years already.

The president of the Potomac Foundation, an independent policy center in Virginia, said Ukraine’s army has “substantially improved” since Moscow engineered an armed uprising in the easternmost regions of Luhansk and Donetsk in April 2014.

“It was a miracle,” the expert in defense and national security told The Ukrainian Weekly in a telephone interview, noting that Kyiv was “struggling to get 10 battalions ready to fight.”

Today, three years into the Donbas war, and after 10,000 people killed, Ukraine has 22 brigades and close to 70 battalions, and has the structure to have up to 30 brigades.

Although Ukraine in spring 2014 managed to prevent Russia from carrying out the “Novorossiya construct” whereby the Kharkiv, Dnipropetrovsk, Kherson, Zaporizhia and Odesa oblasts would slip from Kyiv’s grasp, according to Dr. Karber, it could’ve settled the conflict had it “moved faster and more decisively.”

He credited the “spirit of the Maidan” – the revolution that toppled Viktor Yanukovych’s oppressive and corrupt presidency in February 2014 – in whose aftermath volunteer units were immediately formed and initially resisted the combined Russian-separatist elements in Ukraine’s east.

But he was quick to say that, by the end of the summer of 2014, Ukraine’s military had made progress to improve its fighting capability and today is five times stronger.

“Sure, the army was old, slow, not effective, not motivated and so forth,” Dr. Karber said. “But that was not true by the end of summer of 2014, and the country wouldn’t exist today if it hadn’t been for the army making major progress in building up its force, modernizing its equipment, training. And a whole new generation of combat commanders had to learn at the front… taught themselves and figured it out, and became some very first-class commanders.”

One example the Georgetown University Ph.D. cited is Lt. Gen. Mykhailo Zabrodsky. While still a colonel in Ukraine’s armed forces, the graduate of the U.S. Command and General Staff course at Fort Leavenworth in Kansas led a raid in the summer of 2014 as part of a series of military operations that spanned over 400 kilometers, most of that behind enemy lines.

“The success of this raid… created a wedge between the two [so-called] people’s republics as well as an opening along the Russian border that follow-on Ukrainian forces could exploit,” Dr. Karber wrote in 2015.

Having spent 177 days on the war front on over 25 trips from March 2014 until the end of 2016, the former U.S. Marine and defense strategy advisor to the highest levels of the U.S. government said Ukraine is facing “new-generation warfare” that Russia is testing and perfecting in the Donbas.

It “combines both low-end, hidden state involvement with high-end, direct, even braggadocio superpower involvement,” according to Dr. Karber.

Components include political subversion, proxy sanctuary – seizure of government buildings, police stations, airports and military depots – intervention, coercive deterrence and negotiation manipulation. The latter is when a truce is used to rearm proxies and use violations to “bleed the opponent’s army,” according to a separate analysis he co-authored on May 13, 2016.

Another reason is that Russia is coming to a decision point: “Either try to redefine the separation line and have it observed, which means that both the Donbas and Crimea are going to be subsidized with Russian aid… or the Russians will have to intervene and end the war militarily,” he said. 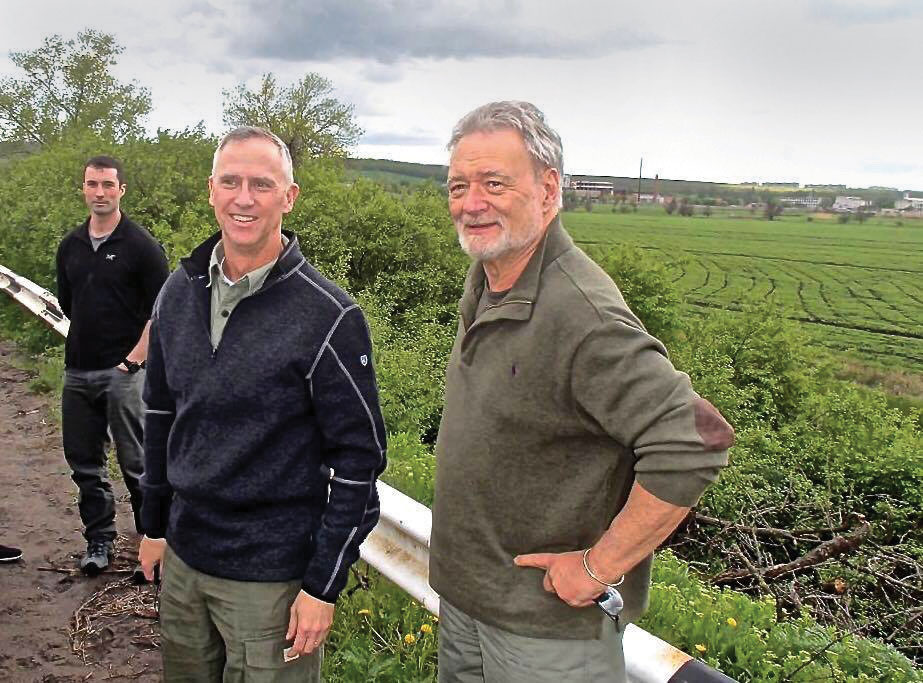 Dr. Phillip Karber (right) on the front in Ukraine with U.S. Gen. Peter Jones, showing him the battlefield between Sloviansk and Kramatorsk in Donetsk Oblast on June 17, 2016, which he witnessed during Ukraine’s summer 2014 counteroffensive.

Three years on, Kyiv is better equipped to resist and counter Russia’s sophisticated information-propaganda warfare, he said. On a scale of one to five, Ukraine went from “minus 1 to four… Ukraine got much stronger and wiser… and with its counter-information war based on a high standard of accuracy in terms of war reporting and military related issues.”

He said the people are more aware and today the “vast majority of people in the Donbas are saying: stop this war right now, it was not worth it.”

Thus, the chance of having other regions break away is “substantially lower… and the security services have been able to weed out people who were either pro-Russians or planted Russians.”

Using the same scale, Ukraine scores a three on being able to defend against a proxy uprising; conversely, “Russia’s ability to start one has gone from three to one,” Dr. Karber said.

Yet he acknowledged that three years after the Maidan revolution, the “people are frustrated… because the reforms don’t appear to have had the transformative effect for which they had hoped.”

The military expert urged more public patience, given that the war drains resources and money.

He stated that to attract “serious people with training” for mid-level positions in the civil service, they need to be paid more. And the war takes up about one-third to one-half of President Petro Poroshenko’s time, so “he’s not focused on fixing this and that industry.”

“Reform is a very easy word to say and a hard thing to pull off,” he said. “The reason is institutions create not just a structure, but a culture inside them. It’s not about putting a new head in… One of the keys… is to be able to have the economy flourish, but if you have high debt, with Russia holding Ukraine energetically hostage, and [are] financing an extremely costly the war, Ukraine doesn’t have the capital to make that explosion of effort to grow out of the malaise.”

The seeds were in place for Russia’s success in the Donbas based on “identity resistance,” Russian infiltration with agents and collaborators, poor economic conditions and “20 years of neglect of the Ukrainian army,” he explained.

Dr. Karber continued: “He [Girkin] knew who to assassinate. He was the most lethal weapon the Russians had in creating that separatist movement. Some of them were Russian agents, some of them had been there for a long time. Those guys, that core… They had those agents in place, backed them up with some muscle… and by having lines of communication into the Russian military, the Russian responsibility is very deep.”

He is “not only an experienced warrior of the first order, but one of the U.S. Army’s brightest and most innovative leaders… He is tough, smart and directly honest – leavened with a deep wisdom of how national security policy and guidance should, and should not, be formulated and conveyed from the White House.”

Asked what would happen if Ukraine stops fighting, Dr. Karber said that the country, which has already lost 7 percent, or 43,744 square kilometers of territory to Russia, “would be reduced to a figment of its former self and not exist the way it does today.”