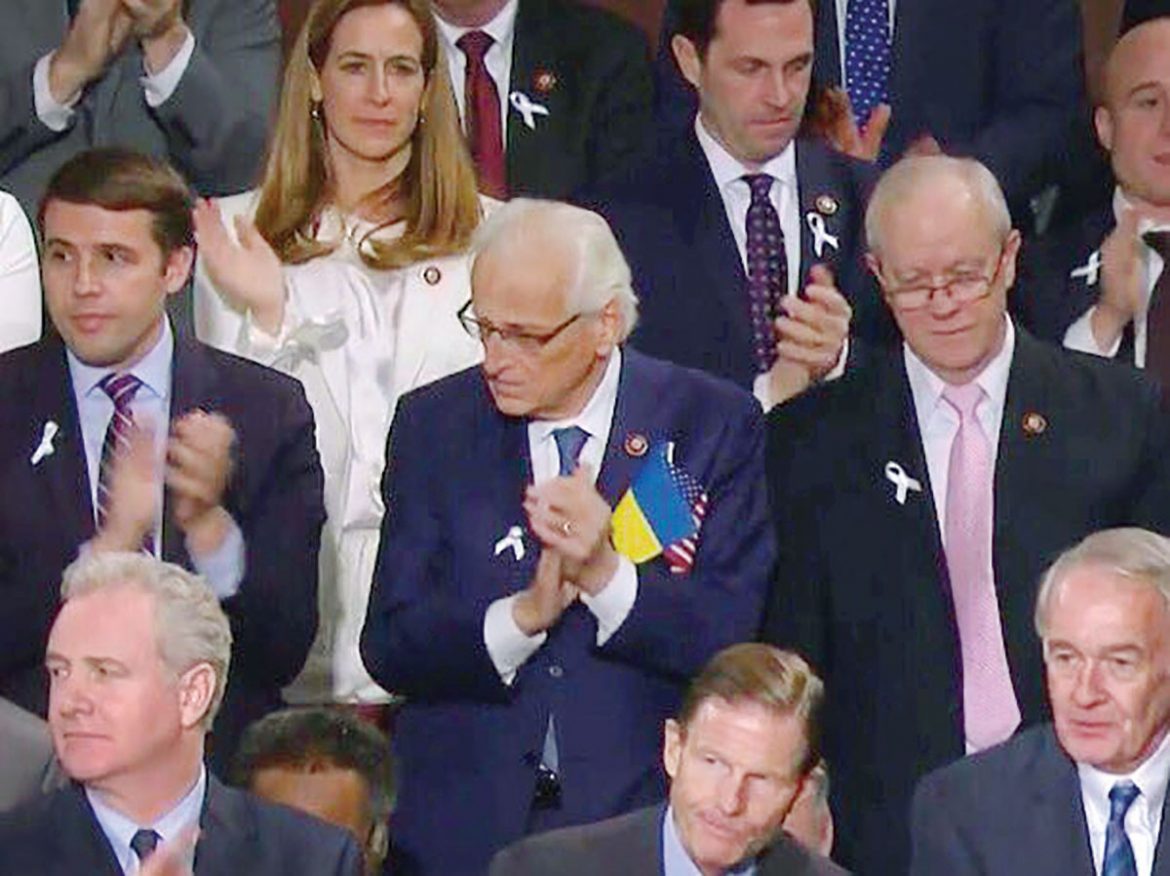 WASHINGTON – Rep. Bill Pascrell (D-N.J.) was spotted on Tuesday, February 5, during the president’s State of the Union address with a Ukrainian flag. On Facebook, the congressman posted the photo above with the following text: “While Donald Trump’s speech mentioned Russia, I was proud to wear a Ukrainian flag in solidarity with our ally and friend as Ukraine’s people continue to stand against Russian aggression.”