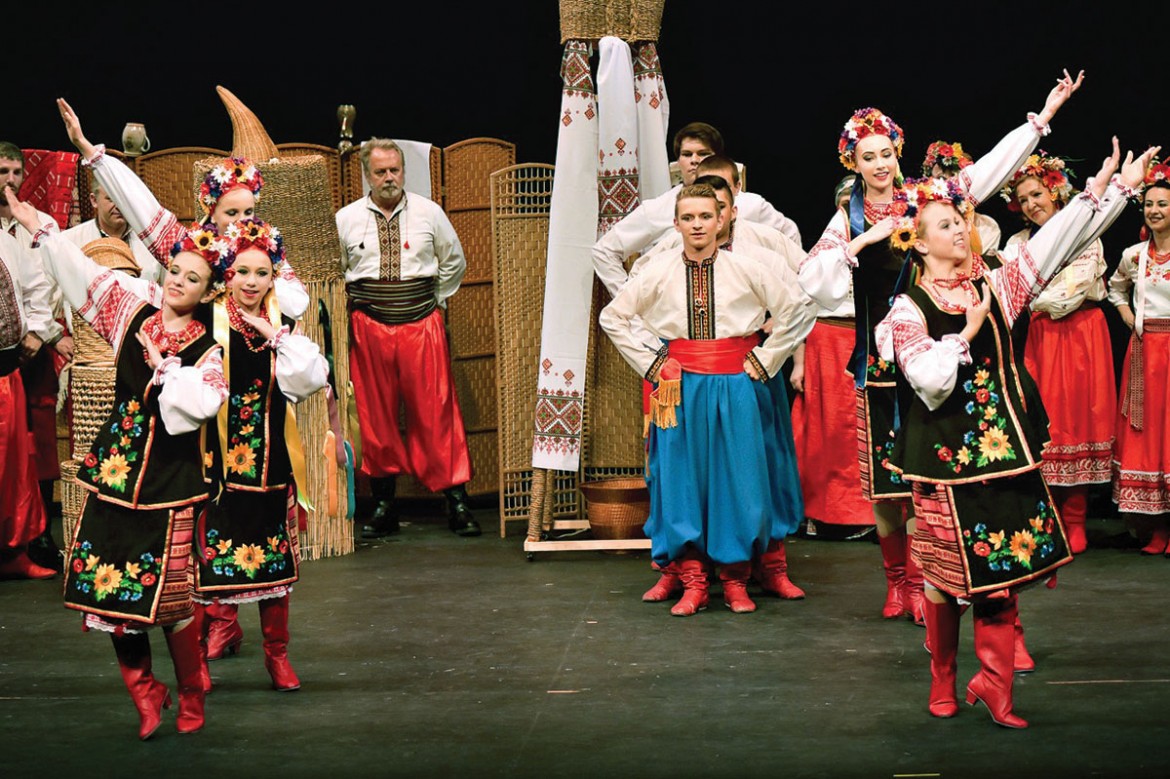 ALBANY, N.Y. – On May 22, a fortunate audience in this city was treated to a rare performance of the Ukrainian comic opera “Zaporozhets za Dunayem” (Kozak Beyond the Danube) by Semen Hulak-Artemovsky. The local Ukrainian community came out in force to listen, laugh and reflect on their rich heritage. Dressed in “vyshyvanky,” Ukrainians young and old brought their families to SUNY Albany’s Main Theater to enjoy an entertaining evening dedicated to this masterpiece of Ukrainian classical music. 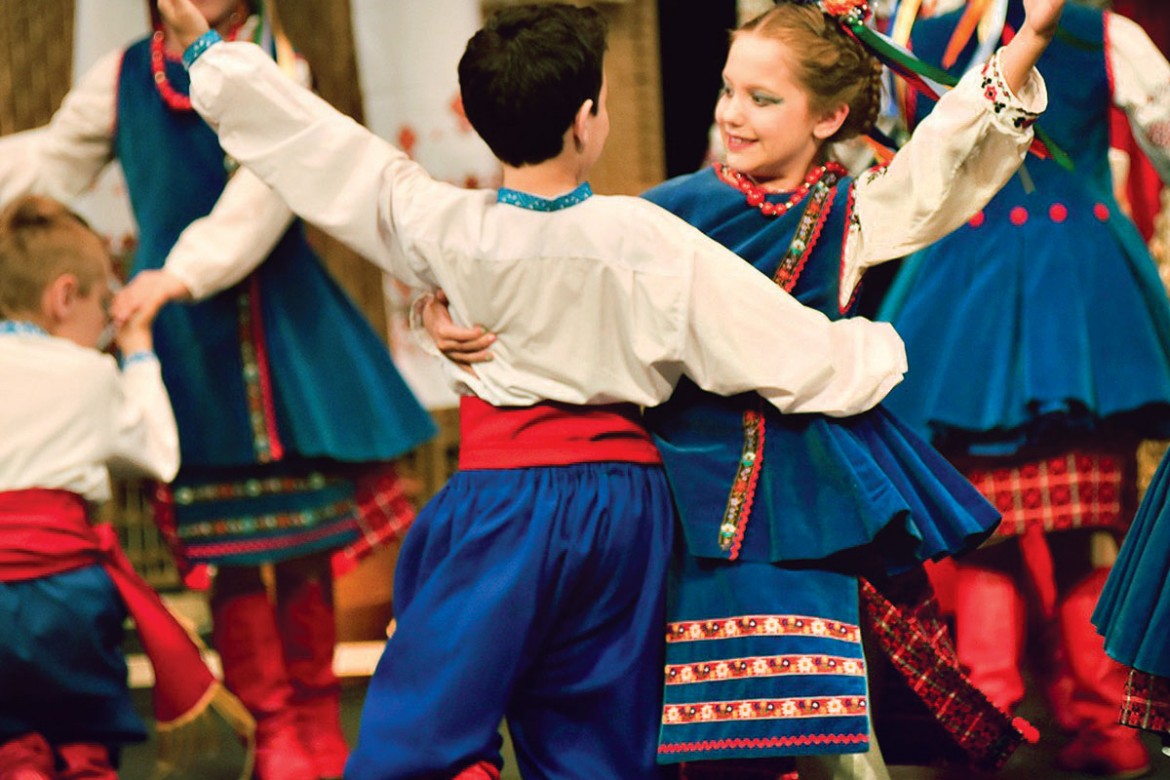 Natalka Petroff and Markian Fil in a Poltava-style dance in “Zaporozhets za Dunayem.”

A 20-piece orchestra was conducted by Lidiya Yankovskaya, a Capital District native who is currently serving as music director of Lowell House Opera at Harvard University. Several members of the Yevshan Choral Ensemble, led by Alexander Kuzma, traveled from Hartford, Conn., to Albany to provide strong choral support for the piece. 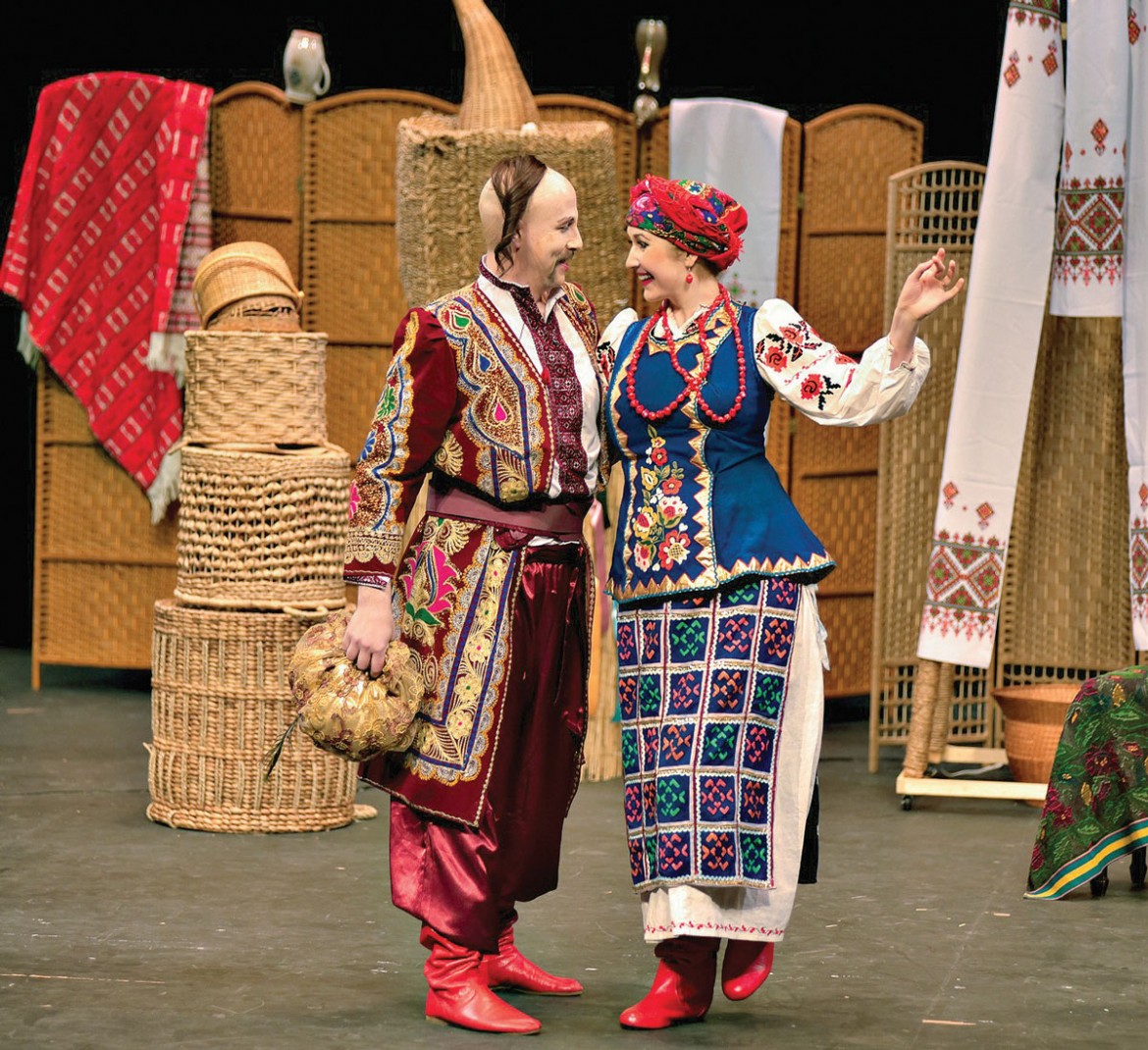 This perfect storm of talent and resources resulted in a performance that provided delightful insight into the humor, fierce personal and nationalistic pride, talent and beauty of the Ukrainian people. The opera follows the timeless challenges faced by this proud culture that ultimately are overcome by the simple, compassionate interaction between two strong-willed patriarchs, aided by a certain well-known social lubricant, “horilka.”

Ironically, it was the American Mr. Kees, deftly vacillating between nearly flawless Ukrainian song and English dialogue full of effortless charisma and comic timing, who compelled the production. The chemistry between Mr. Kees and his fiancée, Irina Petrik, was palpable and sometimes playful, giving even more credence to the character’s marital bickering. Ms. Petrik, a consummate professional, delivered a heartfelt performance, engaging the audience with every swirl and sly smile. Clearly a gifted actress, she managed to sing beautifully even while beating sense into her drunken yet beloved husband. 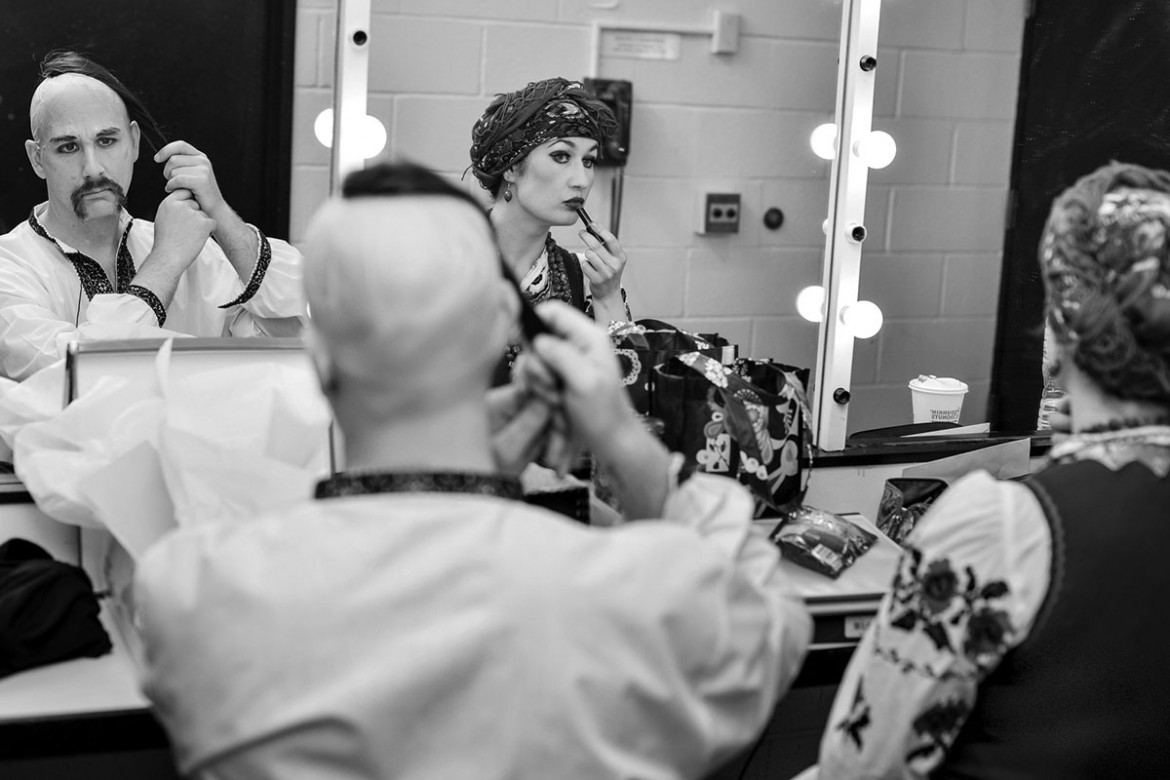 Behind the scenes, Irina Petrik and Kevin Kees are transformed into Odarka and Karas of “Zaporozhets za Dunayem.”

Ms. Lisovskaya and Mr. Klein were invigorating as Oksana and her lover Andriy. The superbly delivered angst of their clandestine and unrequited relationship had the audience emotionally invested. That emotion was even more evident in the repeated roars of approval at the sight of the meticulously choreographed Zorepad dance ensemble. Delicately weaving their way among the entire cast at times, no more evident was the dignity, talent and physical grace of the Ukrainian people than when these young performers were working their magic. Bravi!

This ambitious project, dedicated to preserving and celebrating national musical heritage, was brought to upstate New York audiences by the generous support of the Ukrainian American Cultural Center in Watervliet and the Ukrainian National Federal Credit Union in Boston. A truly rare collaboration between American and Ukrainian resources, geographically separated opera talents, orchestra, chorus, dance ensemble and professional production staff, it was ultimately woven together as intricately and perfectly as the highly detailed and brightly colored embroidery on the traditional costumes of the cast. In the end, the audience cried out for an encore, with standing ovations lasting several minutes, barely satiated by the numerous curtain calls for those on stage, the orchestra and the music director, Ms. Yankovskaya.

As an American who appreciates culture and art, I couldn’t help but be moved by what I witnessed at this unique performance. Not only was this a night of true theater magic created by seasoned professionals, it was also a moment of hope and inspiration provided by the new generation of young performers. The children of Capital District School of Ukrainian Studies and Zorepad dancers undoubtedly breathed new life into this beloved staple of Ukrainian comic opera; their contagious enthusiasm and excitement stole the show.

In the midst of continuing unrest in Ukraine, I was humbled by an opportunity to experience firsthand the beauty and strength of the Ukrainian spirit. United by the power of music, language barriers completely dissolved, we shared one heart in an opera about their pursuit of freedom.

Don G. Dobbs, a computer scientist at New York State’s Department of Criminal Justice, has an extensive arts background and is a freelance writer for the Times Union, Berkshire Review and Hudson Sounds.