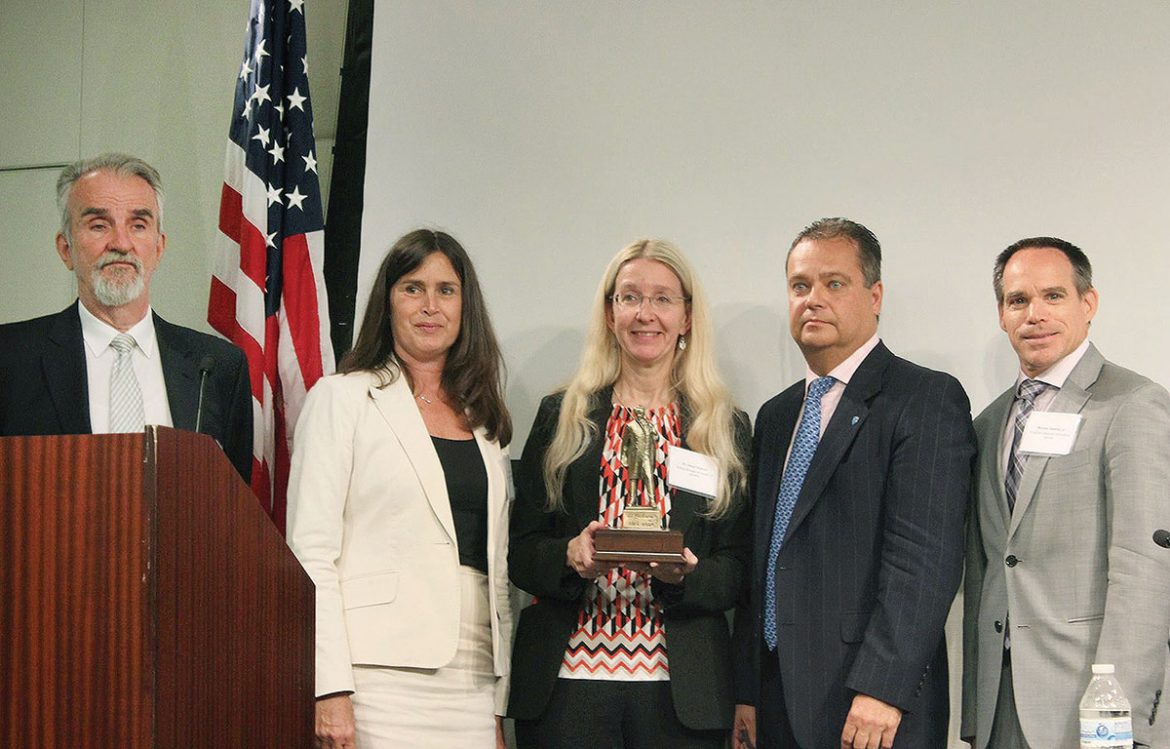 Established in 1962, the award is named in honor of Ukraine’s poet-laureate and national hero Taras Shevchenko and is bestowed upon individuals who have displayed a remarkable understanding and given substantial assistance to the Ukrainian American community and the Ukrainian people.

As Dr. Suprun was unable to attend last year’s XXII Congress of Ukrainians in America, the UCCA’s former president, Tamara Olexy, and current president, Andriy Futey, along with Michael Sawkiw, the director of the Ukrainian National Information Service (UNIS) and UCCA executive vice-president, had the honor of presenting the 2016 Shevchenko Freedom Award to Dr. Suprun in Washington during the U.S.-Ukraine Working Group Yearly Summit V: “Providing Ukraine With An Annual Report Card.”

Dr. Suprun, a physician, has a long-established record of support not only for Ukraine but for the Ukrainian American community. Prior to her appointment as acting minister of health, she was the director of Humanitarian Initiatives of the Ukrainian World Congress, and the founder of the Patriot Defence project that continues to provide tactical and emergency medical training to soldiers on the frontlines in Ukraine.

Dr. Suprun is also a long-time member of the UCCA and the former chair of the UCCA’s Council on Aid to Ukrainians.