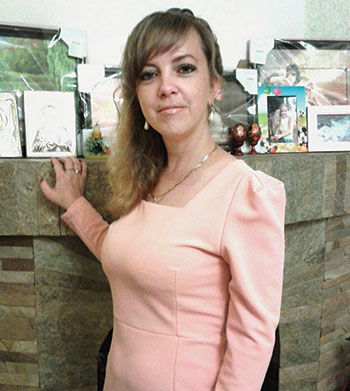 KYIV – Ukraine’s foreign affairs minister has called the killing of an activist attorney in Kyiv “a challenge to the state” as the authorities, facing public outrage, opened a murder investigation into the death of Iryna Nozdrovska.

The Kyiv regional prosecutor’s office and the National Police executive said on January 2 that they are closely monitoring the investigation into what they called a “murder” the day after Ms. Nozdrovska’s body was found floating in a river in Kyiv’s Vyshhorod district.

The lawyer was reported missing on December 29, 2017, after she helped to make sure the man convicted of causing the death of her sister was not released from prison. The high-profile case was seen as a test of the Ukrainian justice system’s ability to fairly prosecute people with links to people in power.

Foreign Affairs Minister Pavlo Klimkin underscored the national significance of Ms. Nozdrovska’s death on January 2, calling it “a challenge to the state.”

This is “a test of our society’s ability to protect female activists and to ensure justice as a whole,” Mr. Klimkin said in comments on Twitter on January 2 that came as the U.S. Embassy in Kyiv expressed “shock” over the killing and hundreds of people rallied in Kyiv demanding a thorough investigation.

In a blunt message on Twitter, the U.S. Embassy in Kyiv said it was “shocked and saddened by the death of activist Iryna #Nozdrovska” and said that “those responsible must be brought to justice.”

The demonstrators in Kyiv on January 2 demanded that the murder investigation be conducted by Kyiv city investigators, saying they did not trust regional law enforcement officers. They also demanded the resignation of Internal Affairs Minister Arsen Avakov.

Regional police chief Dmytro Tsenov met with the protesters in front of the building of the Kyiv regional police headquarters and told them that a special team of experts was set up to investigate Ms. Nozdrovska’s death.

The lawyer was the target of threats for her efforts in the case of Dmytro Rossoshansky, who was convicted of causing the death of her sister, Svitlana Sapatanyska, in 2015 when he hit her while driving his car.

Judges rejected an appeal by Mr. Rossoshansky, the nephew of a Kyiv region judge, to overturn under an amnesty his seven-year prison term on December 27, 2017, thanks in large part to efforts by Ms. Nozdrovska to raise public awareness about the case.

Ms. Nozdrovska and others mentioned that the young man’s “drug-addict mates” had come to the court to take him home ahead of his expected release. She thanked the judges for what she called “one of the extremely rare just court rulings.”

Ukrainian lawmaker Mustafa Nayyem wrote on Facebook on January 1 that Mr. Rossoshansky’s father had threatened Ms. Nozdrovska at the December 27 hearing. According to Mr. Nayyem, the threat was “You will end up badly.”

AFP reported that the Kharkiv Human Rights Protection Group in a statement said Ms. Nozdrovska had received threats during the trial “from Rossoshansky himself, and from his mates.”

On January 3, the National Police office of the Kyiv region said the activist attorney had died of multiple stab wounds.

“There were stab wounds on the body, on her neck, and on her chin… It was a violent death,” said Nikolai Zhukovich of the police press service.

With reporting by AFP