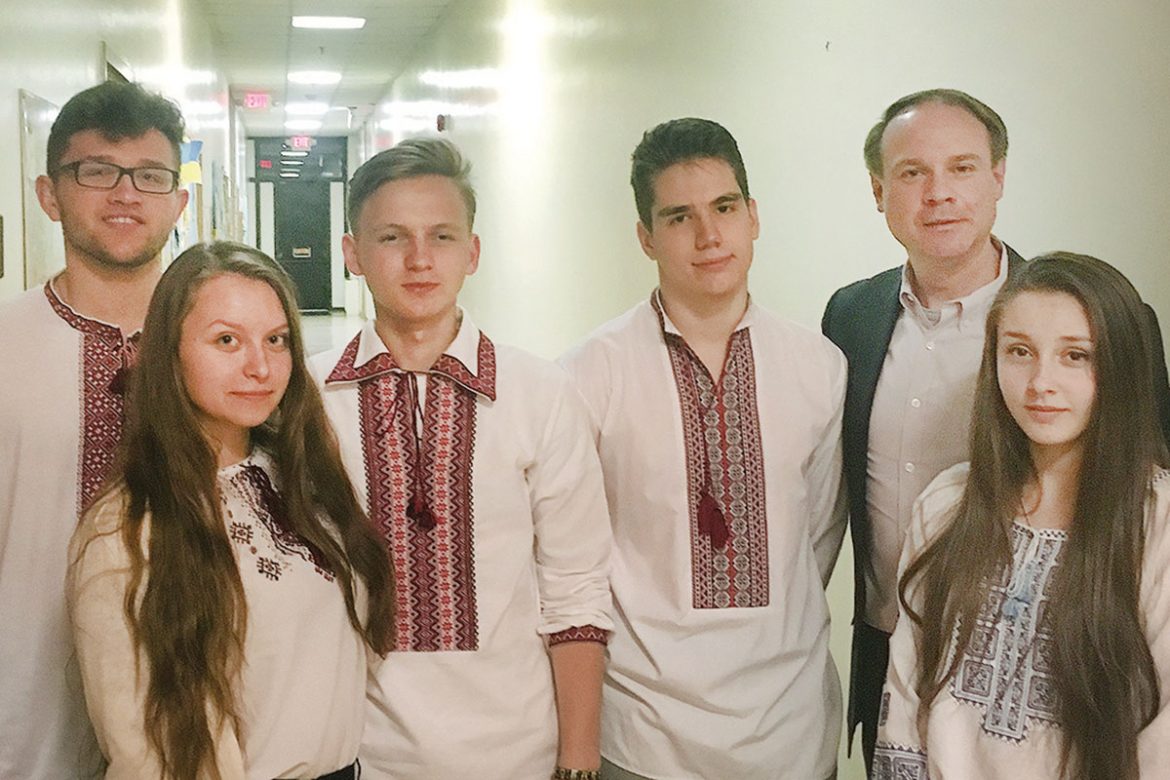 PARSIPPANY, N.J. – A local Ukrainian American, Mayor Roman Hirniak of Randolph, N.J., is running for county freeholder in Morris County. He is one of seven Republicans competing in the June 7 primary for the county’s Board of Chosen Freeholders.

Mr. Hirniak was elected to the Randolph Township Council in November 2012, after having served two terms on the Planning Board and one term each on the Recreation Advisory Committee and the Traffic Advisory Committee. During 2015, he was the township’s deputy mayor and now serves as the township’s mayor. He is also an elected member of the Morris County Republican Committee, representing Randolph’s 10th Voting District.

A graduate of Marquette University and The John Marshall Law School, Mr. Hirniak is a practicing attorney, specializing in the representation of financial institutions. He has worked all of his professional life in New Jersey and is currently a vice-president and senior counsel with Santander Bank US. He is a member of the Randolph Rotary Club.

During his first year on Randolph’s Township Council, Mr. Hirniak initiated a project with the cooperation of Ukraine’s Consul General Igor Sybiga to develop a sister-city relationship between Randolph and a comparable municipality in Ukraine. With the support of both Mr. Sybiga and the Rev. Roman Mirchuk, pastor of St. John the Baptist Ukrainian Catholic Church in nearby Whippany, he introduced Township of Randolph Resolution 105-14 supporting Ukraine’s efforts to exercise its independent and sovereign rights, free from outside intervention. 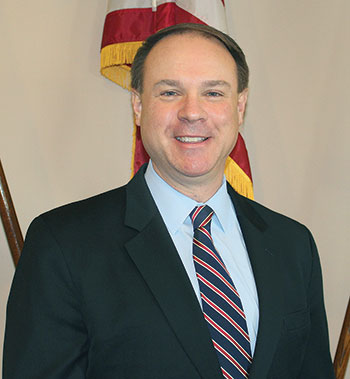 Mr. Hirniak is also very active in supporting New Jersey’s animal welfare community, having introduced Randolph Township Ordinance 21-14, which bans breeders operating puppy mills and kitten factories from selling dogs and cats in the municipality. It is the first ordinance of its kind in Morris County. Now a part of the township’s municipal code, it is being cited as a template for similar legislation by other municipalities in the county and state.

The Chicago-born Mr. Hirniak was always active in Ukrainian-related activities. He was a member of Plast Ukrainian Scouting Organization, as well as various Ukrainian dance and choir groups, and he attended the School of Ukrainian Studies.

He continues his involvement in Ukrainian Saturday schools. From 2006 until 2012, he was the director of the St. Andrew Memorial Church School of Ukrainian Studies in South Bound Brook, N.J., and he taught the third grade there in 2005-2006. His direct involvement with the Educational Council of the Ukrainian Congress Committee of America continues today, through his service as a pedagogical advisor for three East Coast schools of Ukrainian studies, as well as the Ukrainian school in Chicago from which he graduated in 1986, and as a member of the council’s Mediation Court.

As a young man, Mr. Hirniak was a competitive swimmer and he continued to compete in his adult years. Over a recent span of five summers, he was the camp director, head boys’ counselor and head swimming instructor for the Chornomorska Sitch Sports School at the Soyuzivka Heritage Center. During those years, he was also Sitch’s vice president. In addition, in June 2014 he was the head swimming instructor at the Ukrainian American Youth Association’s Beskyd campground in Baraboo, Wis.

Soyuzivka has been a part of Mr. Hirniak’s life for many years, starting with his employment there as a lifeguard for four summers during the early 1990s and continuing more recently as a member of the judging panel for the annual Miss Soyuzivka pageant.

He was also instrumental in organizing and running the annual Labor Day weekend swim meet at Soyuzivka, in which he competed as a youth. The sanctioning body of that meet, the Ukrainian Sports Federation of the U.S.A. and Canada, is an organization he served as secretary for many years; he now chairs its Mediation Court.

Mr. Hirniak has three children: Alex, a freshman majoring in biomedical engineering at Rutgers University, and Juliana and Adriana who are, respectively, a junior and a freshman at Randolph High School.

Mr. Hirniak is a member of Ukrainian National Association Branch 88.

Of his campaign for freeholder, Mr. Hirniak says: “My platform was developed months ago, after repeatedly hearing from local elected officials and the county’s residents about years of volatile budgeting practices on the Freeholder Board and concern that its bond rating will now be lowered.” He added: “I will bring to the board my proven experience of professional stewardship of residents’ tax dollars, ensuring that the county’s bond rating is never again in jeopardy.”

Mr. Hirniak noted that Moody’s Investors Service in August 2015 upgraded Randolph Township’s outstanding long-term general obligation debt rating from AA1 to its highest rating of AAA. Moody’s cited Randolph’s conservative fiscal management, strong financial policies and practices, ample reserve levels and low direct debt burden as the basis for this rating. As a result, Randolph became one of fewer than 20 municipalities in New Jersey to receive a rating of AAA from both Moody’s and Standard & Poor’s, the latter having reaffirmed its highest rating for the township in April 2013.

With several thousand Ukrainians living in Morris County, Mr. Hirniak feels he has a good chance for victory in the June 7 primary.