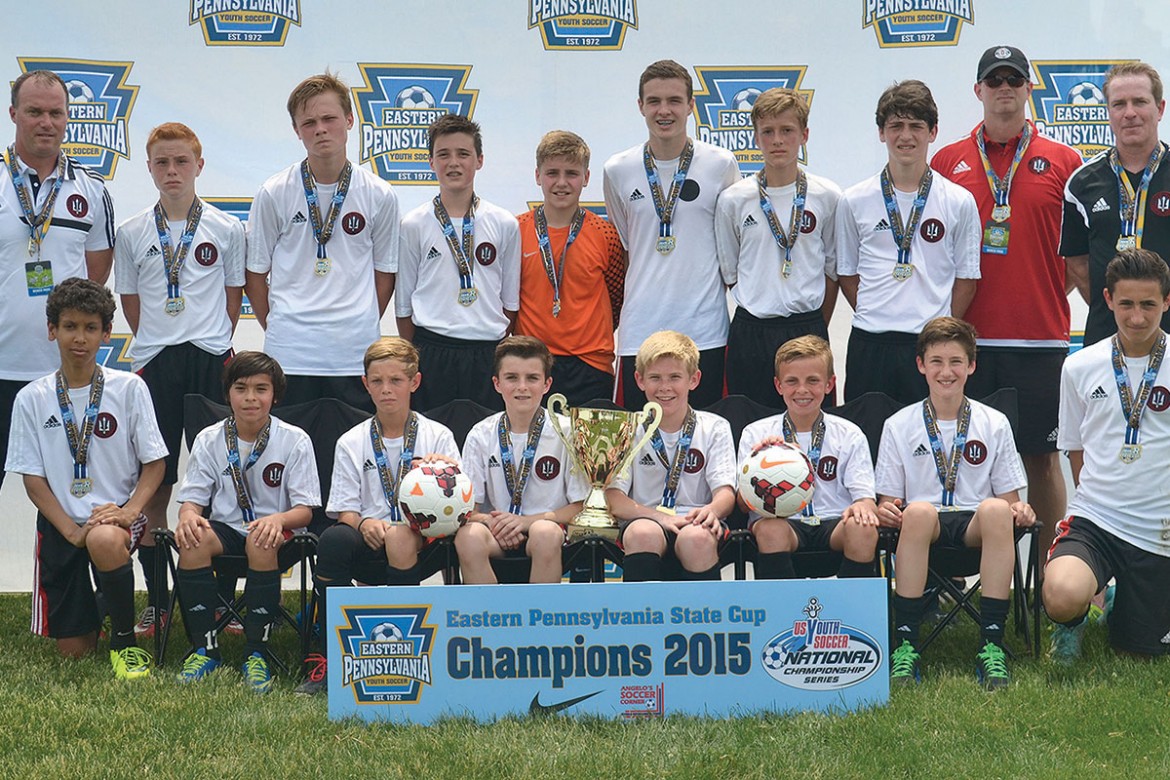 HORSHAM, Pa. – On Saturday, May 16, the Ukrainian Nationals Rangers U-13 boys’ soccer team captured the National Championship Series (NCS) Eastern Pennsylvania State Cup Championship. A perennial contender, the Rangers’ championship run was outstanding. The team allowed only one goal (a follow-up from a penalty kick that was saved by goalie Flannan Riley) in four cup games.

This is another impressive mark on the Rangers’ resume that also includes three Delco League Championships, several high-level tournament championships and an invitation to last year’s Dallas Cup. They will now go on to represent Eastern Pennsylvania in the NCS Regional Championships being held in June in West Virginia.

Most recently, GotSoccer magazine ranked the Ukrainian Nationals Rangers as No. 1 in Pennsylvania East, ninth in U.S. Region 1 (there are four regions) and 17th in the nation.

Coach Dan Harmon and his assistants, Skip Morris and Mike Moyer, have done an outstanding job with these boys and obviously the boys have responded. The team captains, Dane Harmaty and Bailey Moyer, led the way with exceptional play. Harmaty scored five of the eight cup goals and assisted on the two championship game goals. Moyer played injured the entire way and never missed a beat.

This level of success does not go unnoticed in the soccer world. One of the Rangers, Brendan Hasson, has been picked to play for the Philadelphia Union Academy team. (Philadelphia Union is the area’s professional soccer franchise.) Justin Ruth and Jared Huzar, on the other hand, earned spots with local academy programs. While Tryzub will certainly miss these three players, it is proud to have promoted them to distinguished academy programs.