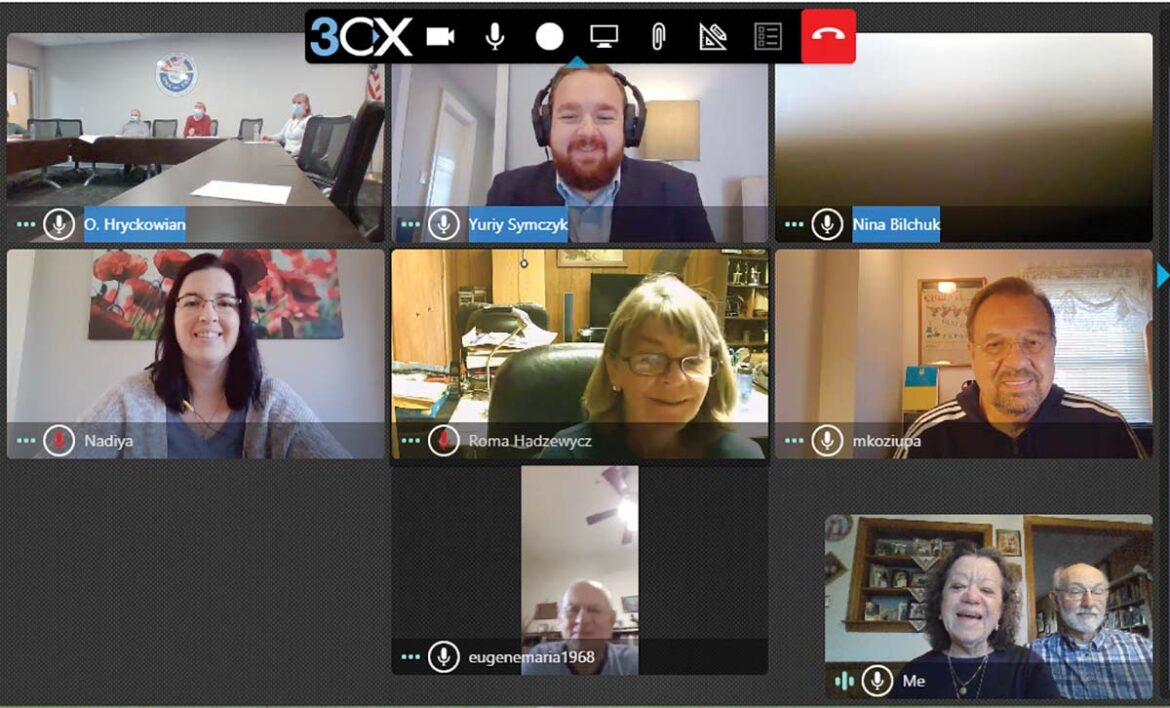 Some of the participants of the New Jersey District’s fall organizing meeting during their videoconference.

PARSIPPANY, N.J. – The New Jersey District Committee of the Ukrainian National Association held its fall organizing meeting on November 16 via videoconference. It was the first virtual meeting ever for the district.

The meeting was chaired by Oksana Stanko, district chairperson. In attendance as a representative of the UNA Executive Committee was Yuriy Symczyk, UNA chief operating officer/national secretary.

The reports of the both the district chairperson and its treasurer, Walter Honcharyk, were sent in advance to district committee members and were accepted as presented. The minutes of the previous fall organizing meeting were prepared by the district’s secretary, George Stanko, and also were accepted.

Ms. Stanko noted that, despite the coronavirus pandemic, the UNA’s life insurance policies and annuities were selling, and she recognized the work of Maria Drich, Valia Kaploun, Nadiya Folk, Nadia Salabay, Nina Bilchuk, Luba Demitre and Joseph Banach, among others.

COO/National Secretary Symczyk reported on the successful functioning of the UNA Home Office during this time of COVID-19. He advised branch officers that the Home Office is always ready to help with targeted mailings to their branch members.

Ms. Stanko echoed Mr. Symczyk’s words in underlining the importance of staying in touch with branch members and she encouraged all of the district’s branch secretaries to provide members some means of communicating directly with them.

During the meeting Ms. Stanko acknowledged the more than 40 years of work of Roma Hadzewycz, editor-in-chief of The Ukrainian Weekly and Svoboda, who is retiring as of December 1. Ms. Hadzewycz participates in the New Jersey District’s meetings as a representative of UNA Branch 287.