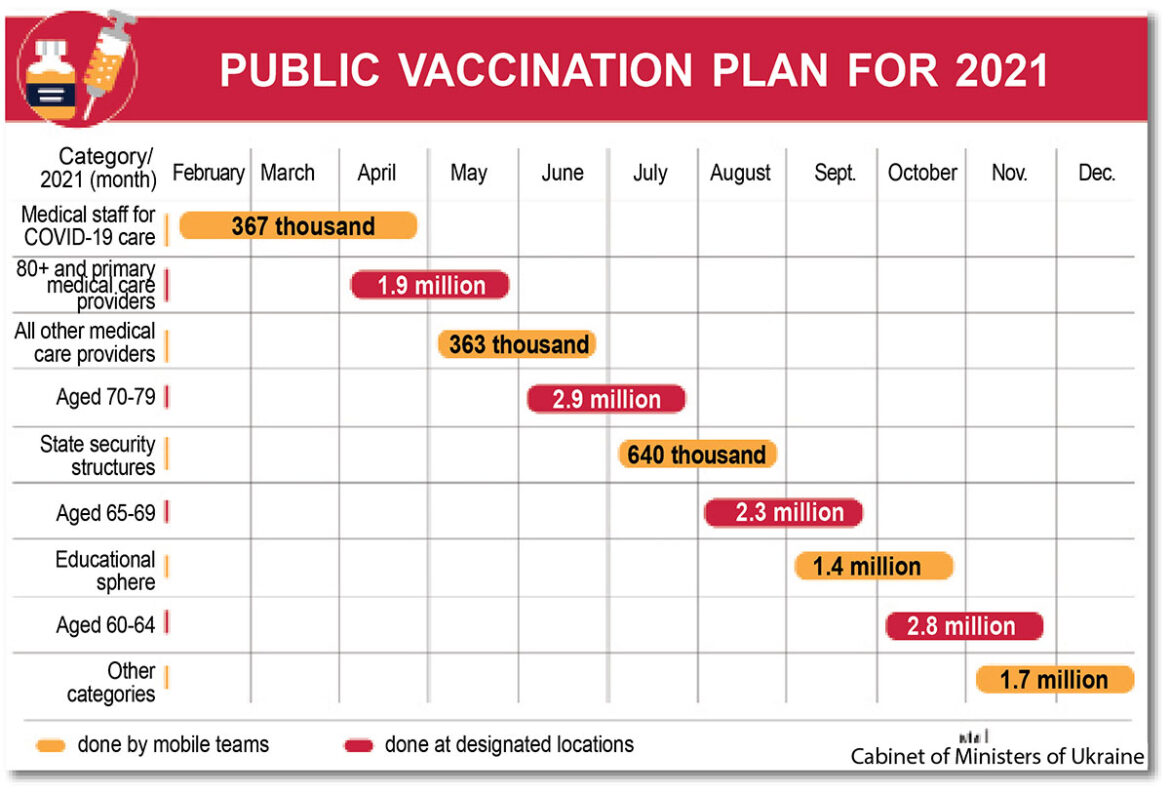 It also rejected a reformer to head the energy ministry.

Approval for fast tracking COVID-19 vaccines took place on January 29 as the country prepares to start vaccinating its population of 42 million people, one of the last countries in Europe to not have started administering vaccines.

The Cabinet of Ministers the same day published a vaccination schedule to have 14.4 million Ukrainians vaccinated this year.

Up to 200,000 doses of vaccines from Pfizer under the WHO-led COVAX initiative are expected this month. Front-line medical workers treating COVID-19 patients will be the first recipients of 367,000 vaccines.

Kyiv is “negotiating with six vaccine manufacturers that have currently conducted two phases of clinical trials and are conducting a third one. The vaccines are registered in other countries and in the World Health Organization as official and legal,” Prime Minister Denys Shmyhal said.

They include vaccines from the U.S., European Union, China, India and Mexico – Russia’s vaccines were banned from approval.

None of the existing vaccines have been registered in Ukraine and the legislative amendments voted in last week were in their first of two readings to take effect.

As of February 4, Ukraine had more than 1.2 million recorded COVID-19 cases as well as over 23,000 related deaths from the coronavirus.

Also voted in the first of two readings was a long-sought bill to reform the Security Service of Ukraine (SBU), the country’s principal counterintelligence agency.

On January 28 the legislature voted to remove its organized crime investigation functions, long a source of alleged corruption at the KGB-successor agency. The bill also is designed to align the agency with NATO standards and aims to regulate its activities so that it meets “modern challenges and threats to state security,” the parliamentary security and defense committee said.

According to reporting by the UNIAN news agency, the bill will increase “the agency’s counterintelligence and anti-terrorist capacity and expands its powers to employ forces and means against terrorist organizations, illegal armed and paramilitary groups, and transnational criminal organizations outside Ukraine.”

The Council of Europe’s International Advisory Panel on Ukraine welcomed the vote.
It was a “positive step toward reform of the [Security] Service,” the panel said, adding that “we look forward to further supporting the work of the Verkhovna Rada in achieving its goal.”

The same day, a law was passed establishing a Bureau of Economic Security as an independent body to investigate related offenses. Its provisions include removing SBU units that are responsible for investigating corruption and “counterintelligence protection of the economy,” the graft watchdog Anti-Corruption Action Center stated on January 28.

Once the new agency is created within six months, the archaic Tax Police that was established in the early turbulent post-Soviet period of the 1990s will be abolished.
A bill on holding binding nationwide popular votes known as referendums was passed on January 26.

As part of President Volodymyr Zelenskyy’s election promise, he stated the bill “provides an opportunity for all citizens of Ukraine to make important decisions regarding the life of the country.”

With the possibility of being conducted electronically, the president can announce a referendum with a petition of no less than 3 million signatories from at least two-thirds of the country’s administrative-territorial units.

Three sections – I, III, XIII – of the Constitution can be amended and questions should pertain to “national importance.” 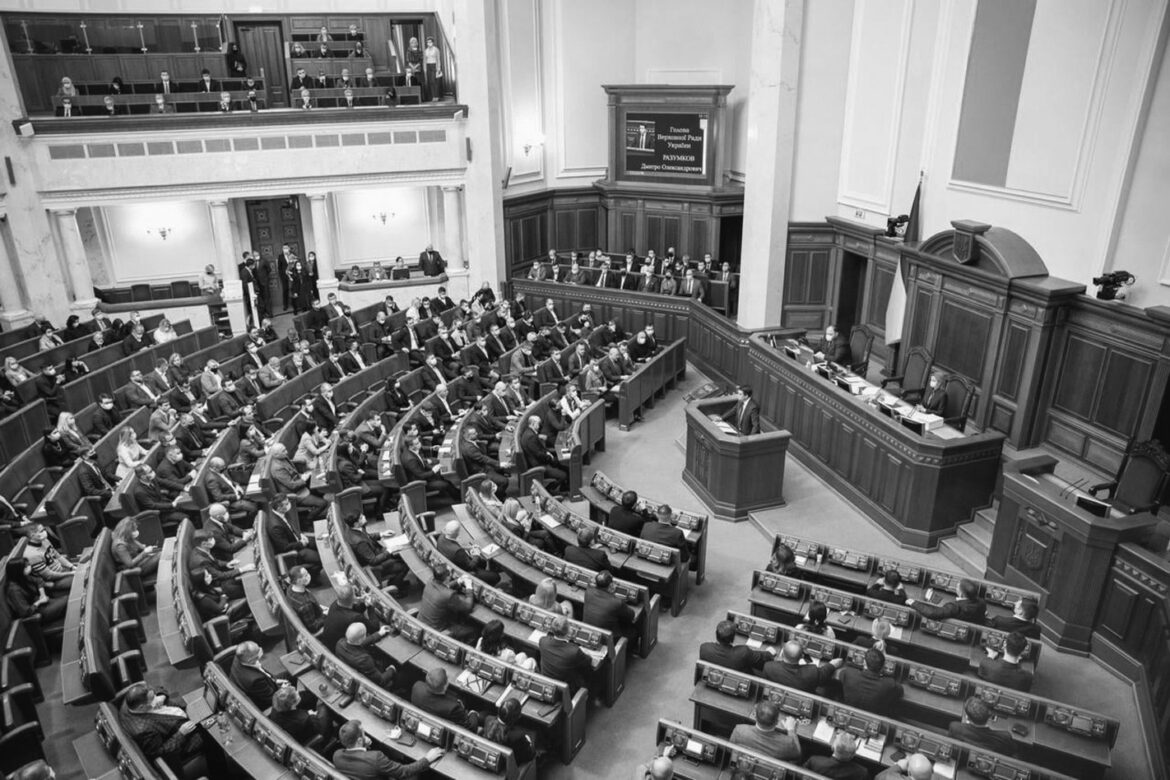 Those sections are on “general principles,” on “elections and referenda,” on the procedure for amending the constitution, as well as redrafting individual laws.
Forbidden questions include those that conflict with Ukraine’s international commitments and those that are directed at abolishing the independence of the state and violating its territorial integrity. Questions regarding taxes, government budgets and amnesty are also prohibited.

Only one question is allowed and responses are exclusively “yes” or “no.” Popular votes cannot be held when martial law or a state of emergency are in effect.

Kyiv-based investment bank Dragon Capital stated in a note to investors that the bill could lead to holding a popular vote on whether to allow foreigners to purchase farmland. The previously passed land market law is scheduled to go into effect in July despite widespread popular opposition, Dragon noted.

Proven reformer Yuriy Vitrenko was for the second time in less than six months rejected as energy minister and first deputy prime minister.

The former executive of the state-run Naftogaz oil and gas company had his appointment by the president denied on January 28.

As the company’s former managing director, Mr. Vitrenko succeeded in helping Naftogaz become profitable for the first time in its history and become the country’s single-largest tax payer.

He also has a “record of accomplishment in complex legal battles and negotiations with Russia,” wrote Adrian Karatnycky, a Senior Fellow with the Atlantic Council.

Mr. Karatnycky continued: “Based on the repeated rejection of [Mr.] Vitrenko’s candidacy, it seems that the oligarch classes regard it as far more important to appoint weak ministers capable of defending the narrow short-term interests of the oligarchy, even as the country’s economy plummets.”