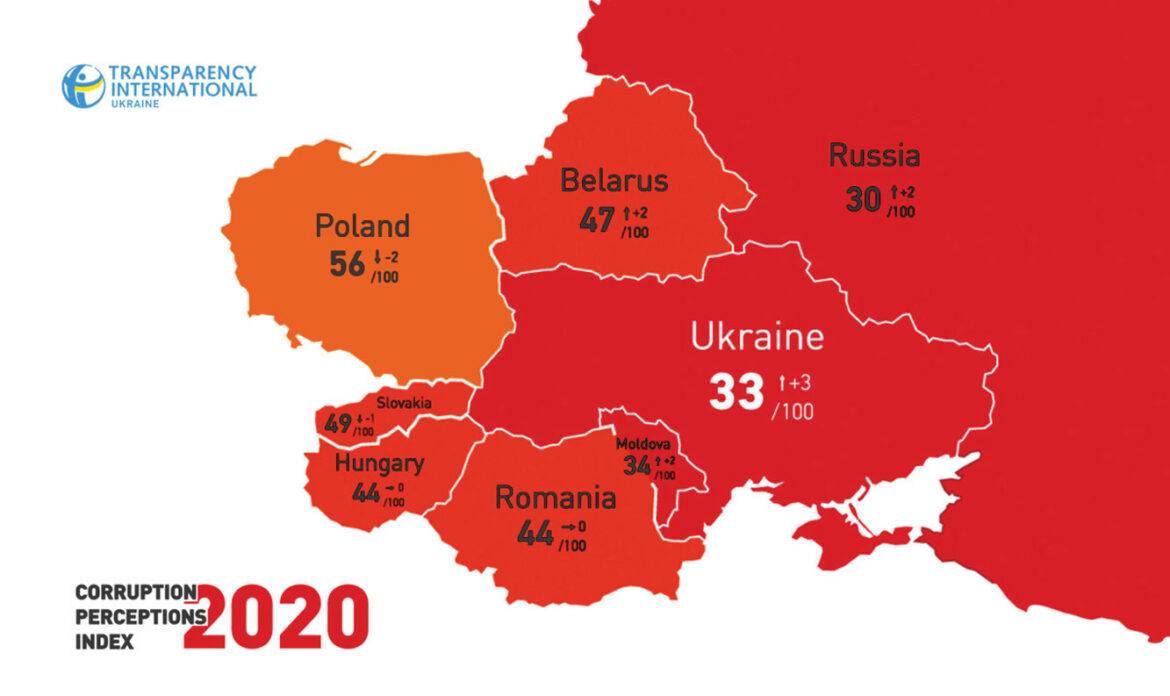 Ukraine last year scored 33 out of a possible 100 points in a yearly corruption perception index conducted by the Berlin-based watchdog Transparency International.

The modest improvement was attributed to the “launch of the High Anti-Corruption Court and the reboot of the National Agency on Corruption Prevention,” said Andriy Borovyk, who is the executive director of the Ukrainian chapter of Transparency International.

However, he said, the nine studies and surveys used to calculate Ukraine’s score do “not take into account the risks that manifested themselves in the last months of 2020 and may significantly set back our anti-corruption efforts.”

Toward the end of the previous year, the Constitutional Court ruled to dismantle key features of the country’s anti-graft architecture. The rulings prompted President Volodymyr Zelenskyy to push through legislation that reversed most of the legislation that was overturned and he suspended the court’s chief justice for two months.

Chief Justice Oleksandr Tupytskyi has failed to appear for questioning regarding a criminal case into alleged bribery and witness tampering. His suspension has led to the executive and judicial branches approaching loggerheads as other key legislation awaits ruling. They involve cases mostly brought on by pro-Russian and oligarch-backed lawmakers.

Namely, a law on banking that ultimately relates to the country’s largest private lender and which was nationalized after an international audit found a $5.6 billion hole on its balance sheet. Another law is on the land market. A longtime moratorium on the sale of agricultural land has been lifted and plaintiffs are seeking to render the law legalizing it unconstitutional. Ukraine is one of the last countries in the world not to have a viable agricultural land market, another source where for years corruption has thrived.

Mr. Zelenskyy has named 2021 as the year of reforming the country’s unruly judicial system as part of a bigger goal of installing the rule of law, a key impediment to unlocking additional funding from the International Monetary Fund and drawing foreign direct investment.
Should Ukraine succeed, this “will absolutely increase the effectiveness of anti-corruption efforts in Ukraine,” Mr. Borovyk said.

The countries that were perceived as being the least corrupt remained the same in 2020. They are Denmark and New Zealand, both scoring 88 out of a possible 100 points. At the bottom of the list are Somalia (12), South Sudan (12) and Syria (14). Ukraine received a score of 33.