During 2013 our community mourned the passing of many of its prominent members: artists, church leaders, soldiers and community activists. Among them were the following, listed in order of their passing. 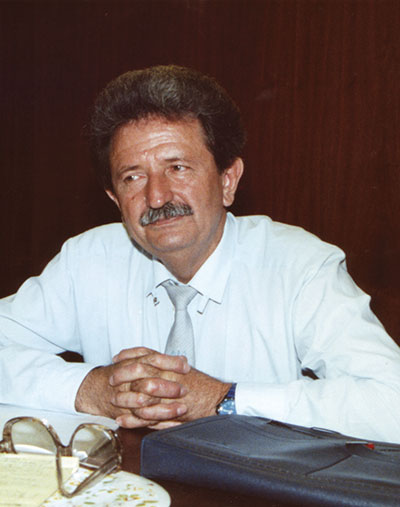 Mykhailo Horyn, 82, leading Ukrainian dissident during the Soviet era and human rights activist; was a member of the Ukrainian Helsinki Group and a founder of Rukh, the Popular Movement of Ukraine; was twice imprisoned by Soviet authorities for his “anti-Soviet” activity; while visiting the U.S. in 1991, helped co-found the Coordinating Committee to Aid Ukraine; president of the Ukrainian World Coordinating Council, 2000-2006 – January 13.

Marika Prociuk Bokalo, 67, longtime activist with the sports club Chornomorska Sitch and the Ukrainian Sports Federation of the U.S. and Canada (USCAK); a school teacher by profession; swimming director for both Sitch and USCAK, as well as camp secretary for the Sitch Sports School; organized many athletic events, including the USCAK swimming championships held annually at Soyuzivka – January 18.

Steven Howansky, 70, Stamford, Conn., relocated as part of Akcja Wisla and eventually emigrated to the U.S. in the early 1960s; devoted much time and energy to groups such as the Organization for the Defense of Lemkivshchyna, the Lemko Research Foundation Inc. and the Ukrainian Lemko Museum in Stamford; avid supporter of the Ukrainian American Youth Association’s Krylati soccer teams, which he helped coach and manage at various stages – February 11. 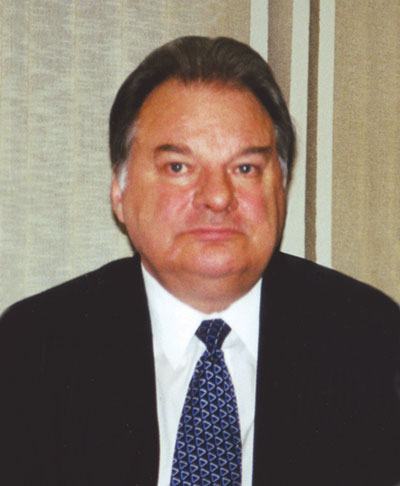 Chester Myroslav Kuc, 81, Edmonton, Alberta, dance master and folk art specialist; lifelong student and teacher of dance who shared his enthusiasm and knowledge with many young dancers; along with his wife Luba, founded the Ukrainian National Federation (UNF) School of Dancing, one of the largest dance schools in Edmonton; founder and artistic director of two dance companies – Shumka (1959) and Cheremosh (1969) – both of international acclaim; skilled writer of pysanky, and master of embroidery; researcher and collector of many forms of folk art – February 16.

Bishop Julian Voronovsky, 76, Drohobych, Ukraine, last Ukrainian Catholic bishop to be secretly consecrated during the Church’s Soviet-era persecution; originally trained as an engineer; secretly ordained a priest in 1968 by Bishop Vasyl Velychkovsky, after attending clandestine seminary; ordained an auxiliary bishop, also secretly, in 1986 by Archbishop Volodymyr Sterniuk of Lviv; became rector of the archeparchy’s major seminary after the Church’s legalization in the early 1990s; in 1994-2011 led the Sambir-Drohobych Eparchy, where he restored parishes, founded monasteries and schools, and made many efforts to rebuild the Church – February 28. 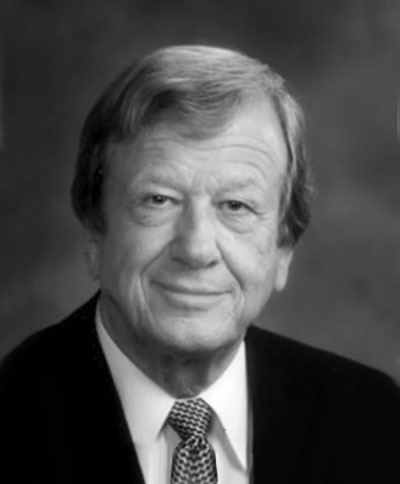 Erast Huculak, 82, Toronto, businessman known for his philanthropic activity; served on Advisory Council of the Ukrainian Canadian Congress; founder and director of the Children of Chornobyl Canadian Fund; served as president of Canadian Friends of Rukh, and wrote about this in his memoir, “My Wooden Suitcase”; purchased youth complex now known as the Huculak Center for Plast Ukrainian Scouting Organization in Toronto; established the Huculak Chair of Ukrainian Culture and Ethnography at the University of Alberta’s Faculty of Arts; purchased and donated premises for the first Embassy of Ukraine in Canada – March 2.

Peter Hrycak, Ph.D., 89, Cranford, N.J., responsible for designing and implementing the thermal design of the Telstar satellites in the 1960s; professor of mechanical engineering at Newark College of Engineering (which later became the New Jersey Institute of Technology), where he taught and mentored many during his 27 years in academia; past president of Ukrainian Engineers’ Society of America; published a variety of technical research papers, along with numerous articles in Svoboda – March 7.

Joseph V. Krawczeniuk, Ph.D., 88, Wilkes-Barre, Pa.; earned a Ph.D. in German studies from the University of Munich; taught German studies at King’s College in Wilkes-Barre, Pa., from 1962 until his retirement in 2008; wrote extensively for Ukrainian academic journals and newspapers, including Svoboda; wrote a brief history of the Ukrainian National Association, which appeared in the catalogue accompanying the documentary photo exhibit marking the UNA centennial – April 17.

Dr. Anatol Lysyj, 87, Minneapolis, Minn., physician, writer, philanthropist and leader in the Ukrainian and American communities; skilled and dedicated doctor who once hitched a ride to the hospital on a snowmobile during a blizzard, and volunteered time at LBJ Tropical Medical Center in American Samoa; was involved in medical relief projects in newly independent Ukraine, as well as Children of Chornobyl; passionate champion of Ukrainian independence and culture – June 5.

Ihor Sverhun, Dmytro Koniaev, Badavi Kashaev, killed as a result of a terrorist attack on a mountain climbers’ campsite in the area of Mount Nanga Parbat in Pakistan, along with seven other climbers from various countries and their Pakistani guide; responsibility for the attack has been taken by the Pakistani Taliban – June 23. 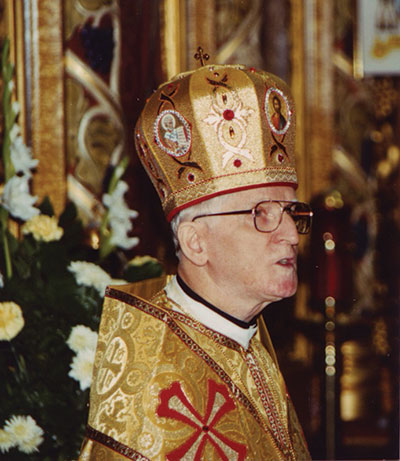 Bishop Innocent Lotocky, 97, Chicago, retired eparch of the Ukrainian Catholic Eparchy of St. Nicholas in Chicago; born in Stari Petrykivtsi, Ukraine; completed the Gymnasium of the Basilian Fathers in Buchach and entered the novitiate; ordained to the priesthood in Czechoslovakia in 1940; came to the U.S. in 1946; consecrated a bishop in 1981, serving as the eparch of St. Nicholas until retiring in 1993, although he continued to celebrate the divine liturgy regularly at St. Nicholas Cathedral – July 4

Bohdan Malaniak, 83, Glendale, Calif., spent 37 years at Cedars-Sinai Medical Center as associate vice-president for academic and research affairs, which established an endowment in his name, the “Malaniak Award for Excellence in Postdoctoral Research”; longtime member and past president of the Los Angeles-based Ukrainian National Choir Kobzar; served on the board of directors of the California Association to Aid Ukraine; edited a book documenting the lives of those who, like him, spent time in the Regensburg DP camp, and produced a short film about life there – July 15. 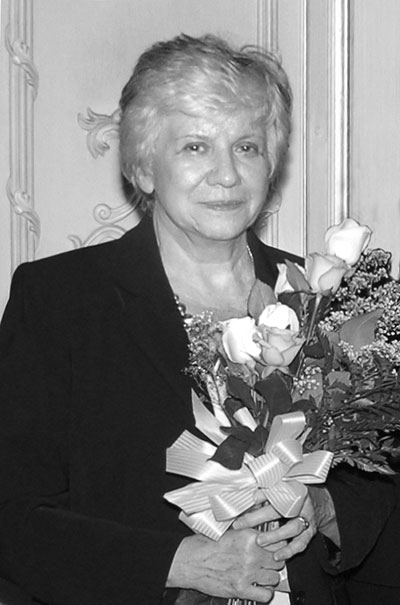 Marta Baczynsky, 74, New York, writer, editor, public relations professional; began writing for The Ukrainian Weekly as a special correspondent in the late 1960s, reflecting the interests and concerns of the Ukrainian American community; wrote for Nashe Zhyttia (Our Life), the magazine of the Ukrainian National Women’s League of America, serving as editor of the magazine’s English-language section for some two decades; involved in development and public relations for The Ukrainian Museum in New York, 1986-2009 – September 3.

Paul Poberezny, 91, Oshkosh, Wis., experimental aircraft pioneer; flew solo across the country at age 17, in 1939; served as a flight instructor in the U.S. Army’s air force, and fought air combat in the Korean and Vietnam wars; founded the Experimental Aircraft Association in 1953, and organized annual fly-in gatherings; purchased 900 aces in Lake Winnebago Wis., for the EAA Aviation Center; established and built AirVenture Museum, a year-round center for sport aviation enthusiasts; featured in Slavko Nowytski’s 1982 film “Helm of Destiny,” a documentary on the Ukrainian experience in the United States – September 3.

Andrij Paschuk, 89, New York; took an active role in raising funds in the 19060s for Ukrainian studies at Harvard University; for almost 50 years was an active member of the Ukrainian Institute of America, as well as a member of the UIA board of directors and at one time its vice-president; founder of the Music at the Institute series of concerts – September 11.

Yevhen Hanowsky, 86, Astoria, N.Y.; longtime leader in the Ukrainian American Youth Association (UAYA), holding many local, national and international positions over more than four decades; awarded the UAYA’s highest rank in 1996 by the organization’s 15th World Congress in recognition of his work – October 14. 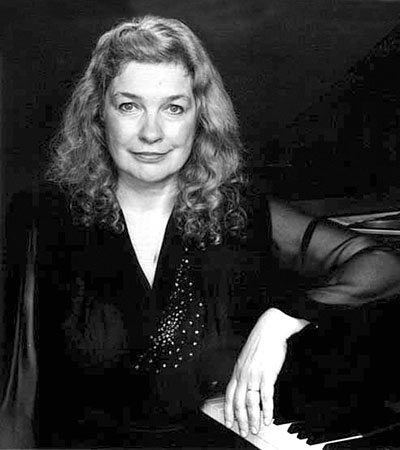 Tatiana Tchekina, 69, Rochester, N.Y., pianist and music professor; taught accompanying and chamber music at the Kyiv Conservatory before joining the faculty of the Eastman School of Music in 2002, where she was an assistant professor of accompanying; performed as pianist all over the world since 1967 with her husband, violinist Oleh Krysa; recorded over 20 CDs and regularly taught master classes – December 7.

Armenia (Aka) Pereyma, 86, Troy, Ohio, internationally known artist; earned a degree in sculpture from the Dayton Art Institute in 1966; was the artist coordinator for the Welding for Artist Program at the Hobart School for Welding Technology in Troy, 1970-1980; received a citation and medal from the Ukrainian government in 2001 for her contribution to the richness of Ukrainian culture abroad; honored by the Ohio Arts Council in its first group of Ohio Heritage Fellows – December 9.