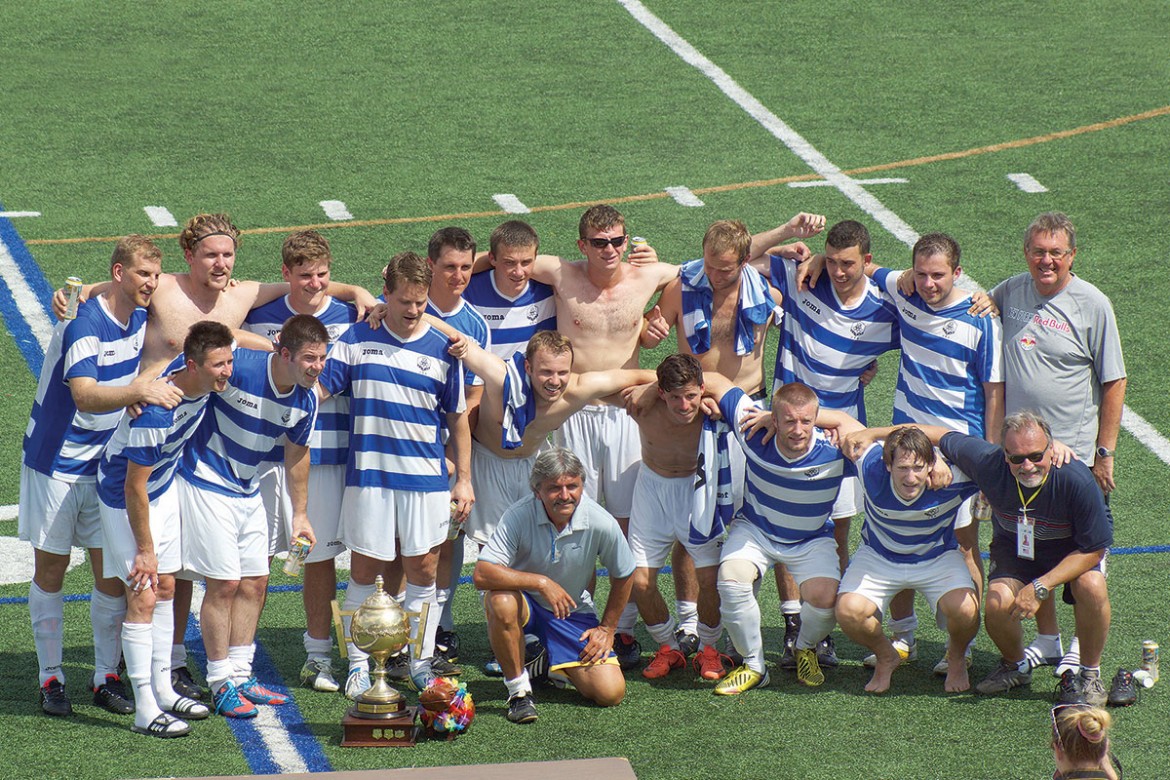 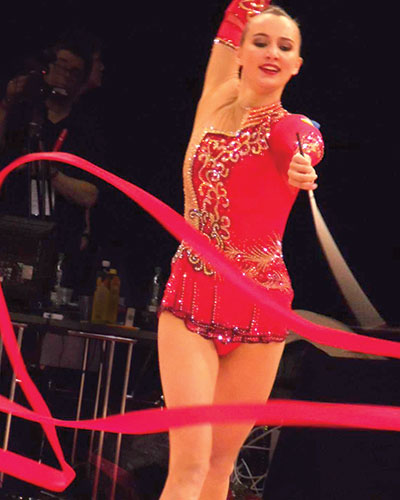 Soccer made the top sports headlines during 2013. Mikhail Fomenko’s hiring sparked Ukraine’s national team to an undefeated eight-match run in their attempt to qualify for the 2014 World Cup of soccer. The disciple of his legendary mentor, Valeri Lobanovsky, confounded Ukraine, shooting a thousand volts of energy through a fledgling national squad, transforming their fortunes in a little over 10 months, while seriously threatening the World Cup ambitions of both England and France.

Granted, Fomenko’s Ukraine team fell just short of reaching the World Cup, a most disappointing ending to an amazing streak of eight consecutive victories. The heart-wrenching short-term loss, however, will be more than offset by a solid long-term prognosis of continued development for the national team.

Following are the highlights of the Ukrainian sports world in 2013 (alphabetically by sports) plus top sports stories from our diaspora. 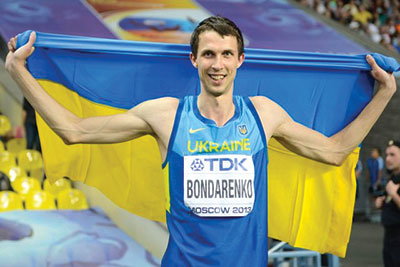 In ATHLETICS, pole vaulter Sergey Bubka and race walker Volodymyr Golubnychniy were inducted into the International Association of Athletics Federations Hall of Fame in Spain. Nataliya Lopu won the gold medal in the women’s 800-meter race at the 2013 European Athletics Indoor Championship in Sweden on March 1-3. Olha Saladuka won the women’s triple jump final. Serhiy Smelyk won gold in the men’s 200-meter race at the DN Galan meet of the IAAF Diamond League in August 22 in Sweden. High jumper Bohdan Bondarenko set a new record at the IAAF Diamond League event in Switzerland on July 4 with a 2.41-meter jump. Bohdan Bondarenko was awarded the title of European Athlete of the Year by the European Athletics Association during an awards ceremony October 12 in Estonia. His father and coach, Viktor, received a trainer’s award. On October 23 Ukraine’s Mariya Ryemyen was confirmed as the new 60-meter European indoor champion after the IAAF stripped Bulgarian gold medalist Tezdzhan Naimova for her second doping offense.

In BASKETBALL, Alina Ingupova was voted the 2012 FIBA Europe Young Women’s Player of the Year. She led Ukraine to a spot at Euro Basket Women 2013, topping her team in scoring and rebounding. Ukraine will host the Euro Basket 2015 championship with six cities in line for hosting honors.

Olena Pidhrushna won gold in the women’s 7.5-kilometer sprint on February 9 at the International BIATHLON Union World Championships in the Czech Republic. Ukraine’s women’s team won gold medals in the 4-by-6-km relay at the Biathlon World Cup in Germany on January 3.

In the world of BOXING, flyweight Olexandr Gryschuk defeated Gabor Molnar to win the WBA Intercontinental title in two rounds on April 5. Artem Dalakian defeated David Kanals in the first round to win the WBA International title in the flyweight division on April 5. Wladimir Klitschko TKO’d Francesco Pianeta in Manheim, Germany, on May 4, stopping the undefeated Italian challenger in the sixth round. He then unanimously trounced Alexander Povetkin in a bout held in Moscow on October 5, knocking down the Russian three times in the seventh round. Olympic champion Oleksandr Usyk signed a professional contract with K2 Promotions (Klitschko brothers) on September 25. Stasyslav Kashtanov retained his WBA Super Middleweight title against Jaime Barboza on August 26 at Donbas Arena in Donetsk. Viktor Postol defeated Iguneio Mendoza at Sport Life Club in Kyiv after a 12-round unanimous decision to retain his WBC intercontinental super lightweight title. Cruiserweight Oleksandr Usyk made his professional debut on November 9 with a fifth round TKO over Mexico’s Felipe Romero. In a somewhat surprising development, WBC heavyweight champion Vitali Klitschko announced on December 16 that he was vacating his title belt in order to pursue a career in Ukrainian politics.

In CYCLING, Tetyana Riatchenko won the Chongming Island World Cup on May 13 in China.

Ganna Rizatdinova won gold in the individual hoop event at the 32nd Rhythmic GYMNASTICS World Championships in Kyiv on August 28-September 2. She was awarded the Longines Prize for Elegance in rhythmic gymnastics.

Nine boys and one girl, representing children age 11-12 from Ukrainian orphanages, competed as an all-star team at the 13th Ukrainian LITTLE LEAGUE BASEBALL Championships on May 27-30 in Nove Selo, Ukraine. The Ukraine Little League Baseball Championship for children from orphanages was won by the team from Donetsk. The tournament was held on September 18-21 in the town of Kremenets, Ternopil Oblast. Boys and girls age 10-12 from four orphanages participated in the sixth annual event.

In OLYMPICS-related news, Ukraine’s Yuriy Bilonoh (shot put) was stripped of his gold medal from the 2004 Athens Games after testing positive for steroids. Sergey Bubka was a candidate for the presidency of the International Olympic Committee. The International Swimming Federation (FINA) supported Bubka’s candidacy for the IOC presidency. Five other sports dignitaries were in the running for this prestigious post. Thomas Bach of Germany was elected in the September voting. President Viktor Yanukovych signed a decree in early June on preparations for the holding of the 2022 Olympic and Paralympic Winter Games in Ukraine. Preparations include construction of infrastructure, sports and tourist facilities in accordance with international standards.

Ukraine’s RUGBY Federation on May 21 was accepted as a full member of the Rugby League European Federation.

Mikhail Fomenko was unanimously elected coach of Ukraine’s national SOCCER team to replace Oleh Blokhin. The Football Federation of Ukraine added Hoverlia Uzhhorod and Metalurh Zaporizhia to the Ukrainian Premier League for the 2013-2014 season. Hoverlia replaced Kryvbas Kryvyi Rih following the latter’s bankruptcy. Dynamo Kyiv was disciplined by UEFA on March 21 and told to play two European Cup home matches without spectators due to racist behavior of fans during games this season. Kyiv and Donetsk were confirmed as candidates for host cities of the 2020 UEFA Euro Cup along with 32 other member associations.

Sergiy Stakhovsky made history at Wimbledon in 2013 with a second-round upset win over Roger Federer, ending the latter’s 36 successive Grand Slam quarterfinal appearances. In other TENNIS news Elina Svitolina defeated Shahar Peer 6-4, 6-4 in the final of the Baku Cup on July 28 in Baku, Azerbaijan.

Sports in the diaspora

In diaspora sports news, there was the following news during 2013, presented in chronological order.

In early February USCAK announced plans to host the fifth International Ukrainian Football (soccer) Tournament in New York’s Hudson Valley region from June 30 through July 6. On February 16, for the first time in 15 years, the Chornomorska Sitch Men’s Volleyball Team out of Whippany, N.J., played in a U.S. Volleyball Association tournament. The team comprised four sets of fathers and sons. Stamford Levy won the seventh annual Chornomorska Sitch Five-a-Side Indoor Soccer Tournament on March 2 in Whippany for the sixth time in seven years. The Ukrainian Wings SC juniors went 1-2 at the 20th annual President’s Cup indoor soccer tournament in Madison, Wis., in mid-February, one of 32 men’s amateur/college clubs competing in the event. More than 50 players and 100-plus fans gathered on March 10 in Yonkers, N.Y. for the inaugural Steven Howansky Memorial Soccer Game/Krylati Reunion between a team of Ukraine-born players and players from other parts of the world.

Sixty-four skiers age 3 to 75 competed in the 59th annual ski races of the Carpathian Ski Club (KLK) at Hunter Mountain on March 3. A total of 122 boys’ and 80 girls’ teams played in the Ukrainian Nationals Memorial Day Weekend Tournament in Horsham, Pa. The tourney received acclaim when Got Soccer online magazine elevated it to the ranks of gold in the boys’ category and silver in the girls’. On June 15, 80 golfers from five states gathered at Limekiln Golf Club to play in the Ukrainian American Sport Center Tryzub’s annual outing. The USCAK East Tennis Tournament was held at Soyuzivka on June 29-30 with players competing in 10 categories and various age groups.

Tryzub archers Ilya Buynevich and Eugene Luciw won gold and bronze medals, respectively, at the July 31-August 4 archery competitions of the State Games of America. Yonkers Krylati won the inaugural Ukrainian Heritage Festival Tournament in memory of Steven Howansky on June 15 in Yonkers, N.Y. More than 50 athletes competed in the annual tennis and swimming championships hosted by the Ukrainian Sports Federation of the U.S. and Canada (USCAK) at Soyuzivka during Labor Day weekend. Chornomorska Sitch overwhelmed the competition in the swim events. In tennis Mykola Stroynick, a tennis pro from New York, outpointed lefty Marko Krasij from Texas, in an exciting three-set match to regain the men’s title. Tetiana Sawchak bested Catherine Popow to take the women’s crown.

Wayne Gretzky (hockey’s greatest player), Wladimir Klitschko (boxing’s reigning heavyweight champion for the last eight years) and Sergey Bubka (the world’s top athlete in the 1980s), were three of the top Ukrainians listed in the three-part special feature “80 in 80” – the top 80 sports persons of Ukrainian descent in the past 80 years (1933-2013) – in honor of The Ukrainian Weekly’s 80th anniversary. In all some 21 different competitive disciplines were represented by these 80 competitors. The sport of hockey (12) led the way with the most outstanding achievers, followed by soccer (nine), and athletics and gymnastics (seven each).