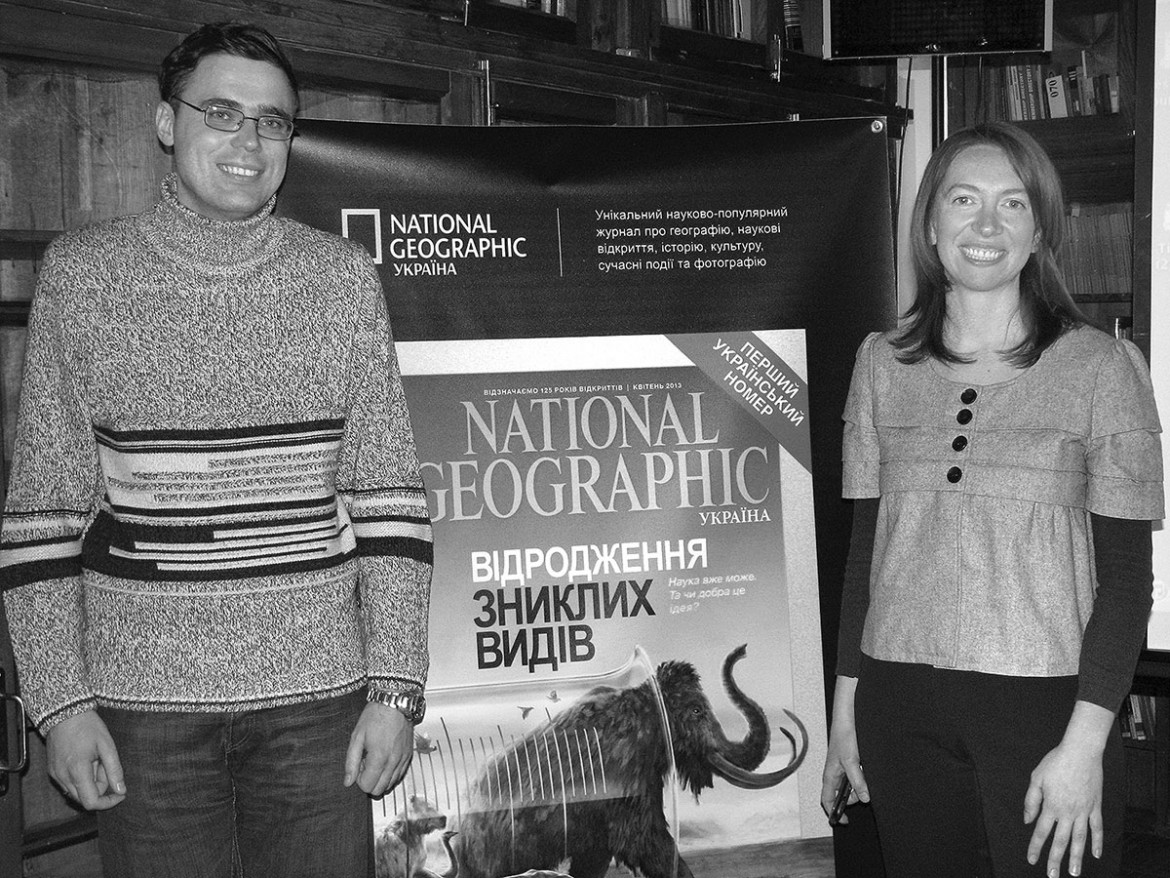 This section features the noteworthy events and people of 2013 that defy easy classification (or could fit under more than one of our Year in Review categories).

• Ukrainian boxer and politician Vitali Klitschko on February 3 was awarded the international prize of the German and Polish border cities of Gorlitz/Zgorzelec for building democracy. The international prize is awarded for contributions to strengthening friendship and mutual understanding between people and nations.

• Dr. Danylo Hryhorczuk of Chicago was presented Plast Ukrainian Scouting Organization’s highest award – the Order of the Eternal Fire in Gold, awarded to individuals in recognition of exceptional work for the community. The presentation was part of the annual “Svichechka” ceremony, celebrated in 2013 on January 12. Dr. Hryhorczuk has devoted his life to the improvement of public health in many ways, both in the U.S. and Ukraine, particularly to researching the consequences of the Chornobyl nuclear disaster. 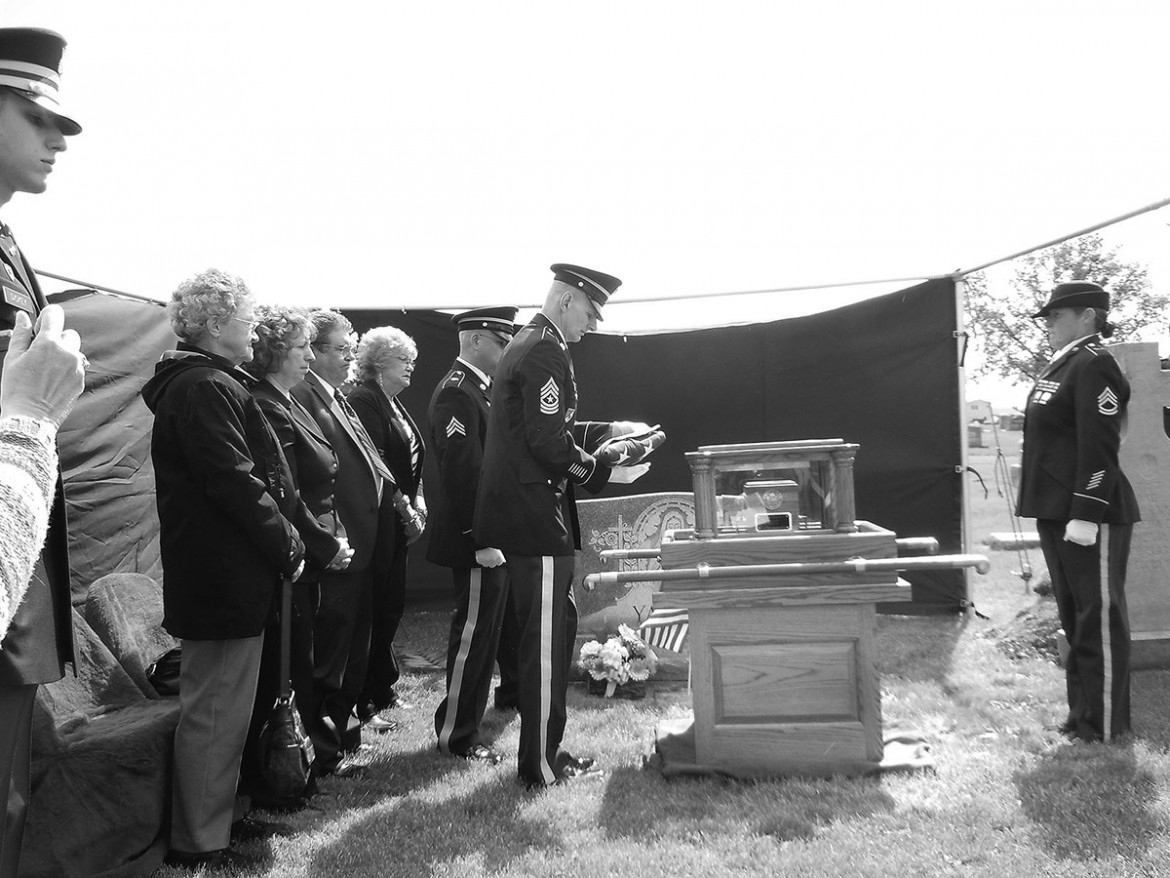 At the funeral, with full military honors, of Private William Yawney on May 25 in Northampton, Pa. He was killed during World War II, but his remains were identified only recently.

• Ukrainian-owned Kramarczuk’s Deli in Minneapolis was one of five recipients of the James Beard Foundation’s 2013 American Classics Award, “given to restaurants that have a timeless appeal and are beloved for quality food that reflects the character of their community.” The honorees were announced via a February 28 press statement, with an official ceremony on May 6 at Lincoln Center’s Avery Fisher Hall in New York.

• Ukrainian Canadian author Chrystia Freeland won the 2013 Lionel Gelber Prize for her book “Plutocrats: The Rise of the New Global Super-Rich and the Fall of Everyone Else.”  The prize is awarded annually for the world’s best non-fiction book in English on foreign affairs that seeks to deepen public debate on significant international issues. Ms. Freeland delivered the annual Lionel Gelber Prize public lecture on April 15 at the Munk School of Global Affairs at the University of Toronto, and formally received the prize at that time.

• In its 125th year of publication, National Geographic launched a Ukrainian-language edition of its magazine, the premiere issue of which hit newsstands on March 27. The publisher, Sanoma Media, publishes seven other global titles in the Russian language, so its choice to launch National Geographic Ukrayina in Ukrainian is indeed noteworthy.

• Marusia Popovech, a doctoral candidate at New York University’s School of Medicine, was named among the 2013 recipients of the Lindau Nobel Laureate Young Researcher Award announced in early March, for her research in “examining the effects of surface chemistry of engineered nanoparticles on cellular machinery and gene expression in genetically altered murine models of oxidative stress and impaired cell transport.”  More simply put, Ms. Popovech’s research examines the biological effects of nanoparticles on our bodies at the molecular levels; her research can potentially influence national policies and protocols for exposure to nanomaterials, either in the workplace or at consumer level.

• Dr. Eugene Stakhiv received the Meritorious Civilian Service Medal, presented to him by Dr. Joe Westphal, undersecretary of the Army, at the former’s retirement ceremony from the Institute for Water Resources (IWR) on February 9.  The award recognizes Dr. Stakhiv’s vision in establishing UNESCO ICIWarM, an international water resources technical center at IWR, and his leadership of two International Joint Comission studies using state-of-the-art approaches.  The medal also recognized Dr. Stakhiv’s contribution to three Intergovernmental Panels on Climate Change (IPCC) as the Defense Department representative, subcommittee co-chair and lead author – for which the IPCC co-chairs were recognized with the Nobel Peace Prize in 2007.

• Dr. Lubomyr Luciuk, a professor in the Department of Politics and Economics at the Royal Military College of Canada in Kingston, Ontario, and a Fellow of the Chair of Ukrainian Studies at the University of Toronto, was appointed in April as a part-time member of the Parole Board of Canada. The Parole Board of Canada makes decisions on conditional release, record suspension and clemency.

• Sister Mary Bernarda, OSBM, was honored on April 7 by friends, relatives and community members for her ministry to orphaned and underprivileged children in Ukraine.  Basilian Provincial Superior Sister Dorothy Ann Busowski called her “Ukraine’s Mother Theresa,” praising her stamina and self-effacing generosity.  Although Sister Bernarda’s yearly visits ended in 2012, a new project – in answer to a request by the bishops of Ukraine and in collaboration with the Basilian Sisters in Zaporizhia, will invite young women to accompany the sisters from the U.S. to minister to the poor and needy in Ukraine.

• The Ukrainian National Information Service (UNIS), the Washington bureau of the Ukrainian Congress Committee of America, presented its first-ever “Friend of UNIS” award on April 17 to Orest Deychakiwsky, a longtime staff member of the U.S. Commission on Security and Cooperation in Europe (the Helsinki Commission) and friend of the Ukrainian American community. The award was presented by UNIS director Michael Sawkiw Jr. at a reception at the Embassy of Ukraine, part of the “Ukrainian Days in Washington” organized by UNIS.

• The month-long exhibition “History of Kyiv in Archival Documents” was presented in Paris by the State Archival Service of Ukraine at the Ukrainian Cultural and Information Center of the Embassy of Ukraine in France. Opening in May, the exhibition presented documents from the Kyiv State Archives, some of them text and photographic copies of documents that are under UNESCO protection, including technical and visual documentation of such architectural treasures as the Kyiv Mohyla Academy, St. Sophia Cathedral and the Kyivan Monastery of the Caves. The exhibit contains information about several prominent Ukrainians, as well as photo documentation about the destruction of Kyiv by the Nazis and its restoration. The delegation from the State Archival Service hoped to conclude an agreement on cooperation with the French archival service; the Ukrainian archives service has such agreements with 40 countries.

• Nadya Wasylko was named by Photo District News  (PDN) as one of the top 30 emerging photographers for 2013, “PDN 30: New and Emerging Photographers to Watch,” as featured in the April edition of PDN. The members of the PDN 30 were recognized not only for their talent and vision as photographers, but also their ability to establish themselves as working professionals. Notably, in 2012, Ms. Wasylko had been awarded the PDN 2010 Photo annual award for her series about the changing visual landscape of Ukraine.

• The Osvita Foundation of Winnipeg, Manitoba, honored Orysia Paszczak Tracz in June with its 2013 Osvita Foundation Award for her significant contribution to the Ukrainian community. The Osvita Foundation is committed to supporting excellence in education through the promotion of the English-Ukrainian Bilingual Program, of which Ms. Tracz has been a supporter since its inception. A writer, long-time columnist for The Ukrainian Weekly, commentator, lecturer and steadfast advocate for all things Ukrainian, Ms. Tracz has been an articulate and informative voice of the Winnipeg Ukrainian community for more than 40 years, publishing countless articles in numerous journals and translating numerous books from Ukrainian into English.

• Private William Yawney (U.S. Army) was buried with full military honors, including a 21-gun salute and taps, on May 25 – Memorial Day weekend – some 60 years after his death. Military honors for the funeral were provided by Ukrainian American Veterans of Post 42 in Pennsylvania. Private Yawney, age 23 at the time, was killed during World War II while on a scouting mission before the invasion of Saipan, in the Pacific. His remains were discovered in 2007 by workers of a construction company, identified through DNA and dental records, and released to his family on May 22.

• On June 29 the Institute of Electrical and Electronics Engineers (IEEE) awarded its annual Alexander Graham Bell Medal to research partners Dr. Andrew Chraplyvy and Dr. Robert Tkach, for their “contributions to the science and technology of optical communications enabling high-speed wavelength division multiplexing through the mitigation of the effects of fiber nonlinearity.” Simply put, the two developed a new type of optical fiber capable of carrying far more information than what was previously used, and which helps form the backbone of the modern Internet and telecommunications network.

• Natalie Pawlenko, director of the Office of Local Public Health for the New Jersey Department of Health, was recognized as a Public Health and Prevention Champion of Change during a reception at the White House on September 10. For the past nine years, Ms. Pawlenko has led a statewide effort to streamline and coordinate public health data collection and analysis to improve the public health reporting system in New Jersey. The collected data are used by local health departments to prepare for preventive and emerging health issues. 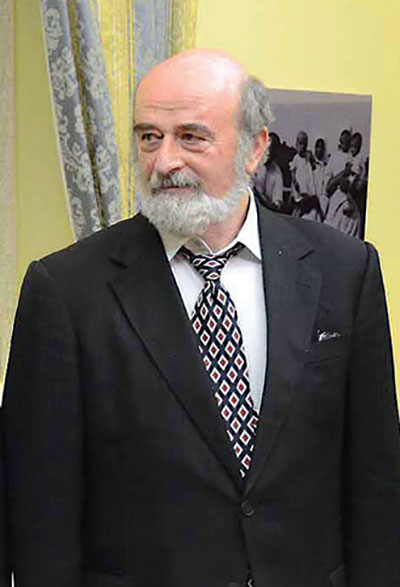 Leonid Finberg, director of the Center for Jewish Studies at the National University of Kyiv Mohyla Academy, receives the 2013 Antonovych Award on October 19.

• Leonid Finberg, the director of the Center of Jewish Studies at the National University of Kyiv Mohyla Academy, was honored as this year’s laureate of the Omelan and Tatiana Antonovych Foundation Award, for his “contributions toward the building of a civil society in Ukraine.” The award was presented by the foundation’s president, Dr. Ihor Voyevidka, at a ceremony at the Embassy of Ukraine in Washington on October 19. Mr. Finberg was praised for his dedication to his work, which focused on the reawakening of Ukrainian and Jewish self-awareness, the development of their language, history, culture and literature, as well as their cooperation.

• The Ukrainian Technological Society (UTS), a professionals’ association based in Pittsburgh, presented its 2013 Ukrainian of the Year award on November 2 to Roma Hadzewycz, editor-in-chief of The Ukrainian Weekly and Svoboda. Ms. Hadzewycz was honored for her “professional excellence in journalism and reporting; her dedication and editorial leadership of the Ukrainian community’s foremost newspapers; …her editorial contributions to four books released by The Ukrainian Weekly; …and for her commitment and leadership on both the local and national levels of the UNA and Plast; as well as longstanding efforts to strengthen ties between Ukraine and the U.S.”