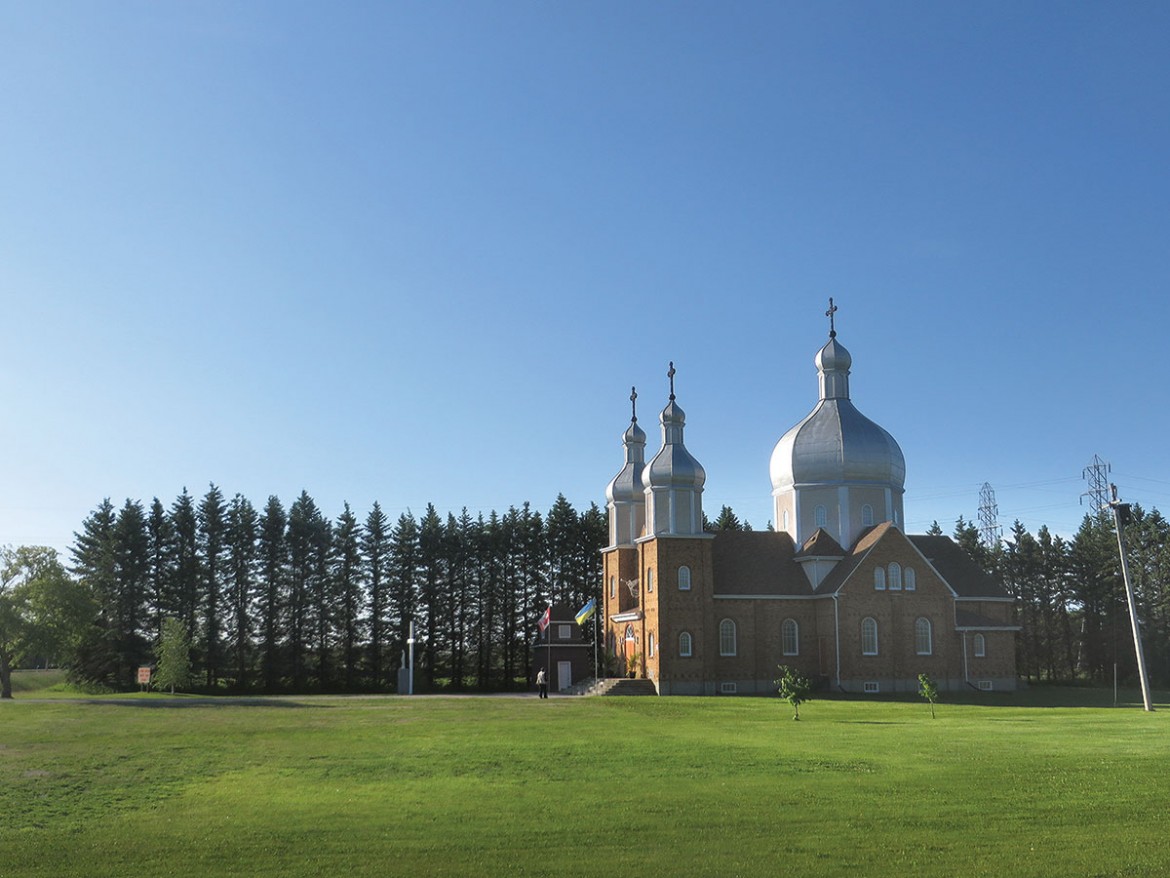 It was another perfect sunny sky-blue Manitoba early Sunday morning in late June.  My husband, Myroslaw, and I decided to visit a parish outside of Winnipeg, a short drive north, in the area of Rossdale.  It is called “Parky” by Ukrainians, a Ukrainian version of “parks,” the old historical regional name for the fields in the area left untilled by the earlier Scottish settlers.

For those who have not lived in Manitoba or in the other two Canadian Prairie Provinces (Saskatchewan and Alberta), the ingrained Ukrainian-ness of western Canada could be unfamiliar.  Not for the folks here. In 2016, Ukrainians in Canada will be celebrating the 125th anniversary of their settlement in Canada – and the settlement was in the prairies. After all this time, Ukrainians are now the mainstream – not “new” immigrants.  In Manitoba, Ukrainians of all generations make up 14.9 percent of the population.

All over Manitoba (and the other Prairie Provinces), the sight of a small Ukrainian church in the distance of the expansive fields is just a normal, comforting vision.  The original churches from over a century ago are small, built based on what the settlers could afford and of a size just right for the small communities.  The larger churches were built after the community grew and became established.

The first Protection of the Blessed Virgin Mary (Pokrova) Church was built in the nearby community of St. Andrew’s in 1914. Later, that church needed to expand, and in 1957 the head of the parish committee, Ivan Zelyk (who was also a reeve of the municipality), donated land for the new church.  Father Roman Dobriansky assisted in the planning. The church was built in 1958-1959, and the cornerstone was blessed by Metropolitan Maxim Hermaniuk in 1960.

The church was built according to the design of Father P. Ruh, the Belgian Redemptorist who loved and worked for the Ukrainian Church in Manitoba. He oversaw the construction of many Ukrainian churches in the province. The parishioners both raised funds and contributed their labor.  There is a commemorative cross near the church listing the founding  members (all male names).  The bell tower stands nearby.  A new church hall (on the place where the old one from 1932 stood) is across the road, where parishioners meet for coffee after services.

The cemetery (established in 1909) is down the road, near the site of the first church. Some gravestones are from the earliest dates of the Ukrainian settlement in the area (1905), with the engraving on the crosses even indicating the home village back in Ukraine.  Sadly, there are a number of children’s graves, showing the hardships of the early times in this new land.

Most of the parishioners are descended from the original pioneer families.  They are very welcoming to any newcomer arriving for the liturgy.  The services are in English.

Father Yaroslav Buduykevych, originally from Ukraine, is the parish priest.  A former pastor was the late Rev. Semen Izyk, a remarkable priest, a survivor of Nazi concentration camps and the author of an autobiography “Smikh Kriz’ Sliozy” (Laughter through Tears).

The names of the parish founders sound familiar – they could be from anywhere in Ukraine:  Senko, Tesla, Skromeda, Duchak, Karmazyn, Bas, Pozhernyk, Povoroznyk, Sinevych and others. Their descendants are continuing their work.

It is comforting to know that, no matter where we travel in the world, we will meet fellow Ukrainians, and the separation of generations and time does not mean a thing. 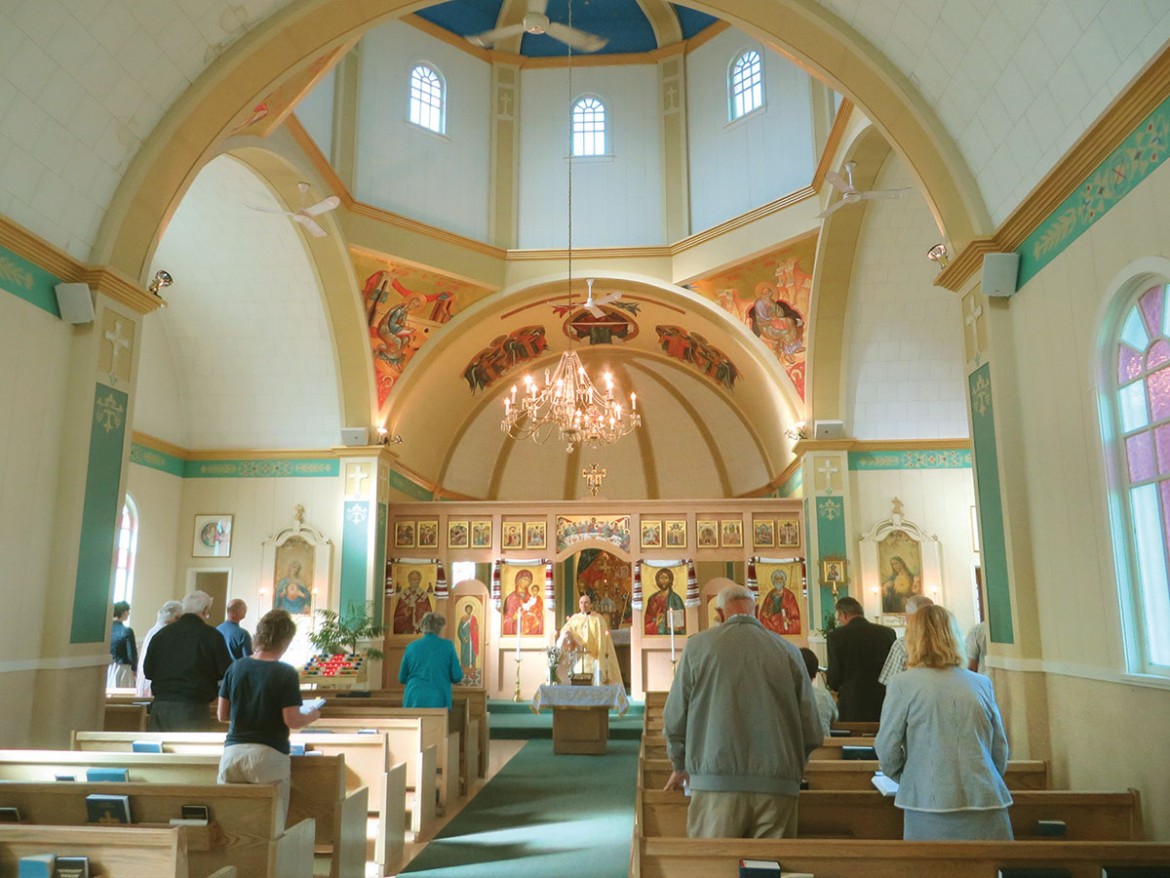 The interior of Pokrova Church.