Ukraine Global Scholars (UGS) and Boston Friends of UGS will hold their third annual event on November 21 with William Taylor, former U.S. ambassador to Ukraine, as the keynote speaker. The event will take place over Zoom at 1 p.m. ET and is expected to gather more than 100 attendees across the United States, Canada and Ukraine.

The theme of the event will be “Leadership in the 21st Century,” focusing on several young Ukrainians’ fast-growing entrepreneurial ventures and the leadership skills critical to unlocking value in the 21st century. Attendees will include UGS benefactors, alumni and mentors, as well as those interested in UGS and its role in helping raise a new generation of Ukrainian leaders through scholarships to U.S. and global private high schools and colleges. 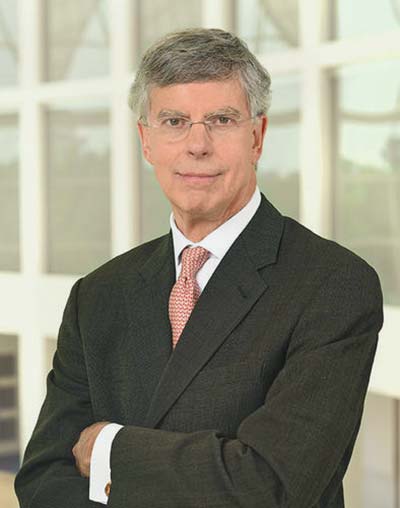 Ambassador Taylor has supported UGS in the capacity of an advisor since the spring of 2019. Last year he spoke at the organization’s alumni event in Kyiv, which was organized with the help of the U.S.-Ukraine Business Council. Mr. Taylor’s ambassadorship in Ukraine began under the George W. Bush administration in 2006 and continued under the Barack Obama administration in 2009. At the time Mr. Taylor assumed his responsibilities at the Embassy, it was the fifth-largest bilateral mission in Europe, with over 650 employees from nine U.S. government departments and agencies. The Inspector General of the U.S. State Department and many Washington officials commended Ambassador Taylor and his team for their contributions to strengthening Ukraine’s relations with the European Union and the North Atlantic Treaty Organization.

After 2009, Ambassador Taylor was appointed to coordinate aid to Middle Eastern countries, including Egypt, Tunisia, Libya and Syria, in the wake of the Arab Spring. Since 2015 he continued implementing peace and development initiatives across the world as vice-president at the U.S. Institute of Peace.

In 2019, Ambassador Taylor returned to Ukraine as the chargé d’affaires, when then-serving Ambassador Marie Yovanovitch was recalled on short notice. During the subsequent investigation of Hunter Biden and President Donald Trump’s impeachment proceedings, Ambassador Taylor took a strong position against the president’s suggestion to withhold $391 million in security aid to Ukraine, speaking out about it during the impeachment hearings.

The ambassador takes the same strong position when it comes to helping Ukrainian youth get a world-class education. “Young people are Ukraine’s greatest resource. Giving them opportunities to study abroad benefits all parties – Ukraine, the individual scholars and their American counterparts who learn about Ukraine and form lasting ties between our two countries,” says Ambassador Taylor.

Ukraine Global Scholars is a 501(c)(3) public charity that assists Ukrainian high school students in getting into the world’s best educational institutions. UGS is run by a group of young Ukrainian professionals, graduates of top U.S. undergraduate programs, such as Harvard, Brown, Vassar and the University of Pennsylvania. Since 2015, UGS has helped about 100 young Ukrainians receive a total of $25 million in full scholarships, covering tuition, room and board, and often miscellaneous expenses. While enrolled as full-time students, UGS scholars all return to Ukraine as summer interns at top Ukraine-based companies, kickstarting their professional careers in Ukraine.

In addition to Ambassador Taylor’s keynote speech, the event will feature several stories of UGS alumni who, through their community projects and start-ups, have generated a positive ripple effect in Ukraine and abroad.

Adrian Slywotzky, UGS adviser and investor, will provide concluding remarks. Consulting Magazine has named Mr. Slywotzky, a partner at Oliver Wyman, one of the top 25 consultants in the U.S. The Times of London named him one of the top 50 business thinkers in the world. He has written eight books on customer-driven strategy, profitability and growth, including the bestselling “The Profit Zone.” He is currently working on “David Wins: The Discipline of Asymmetric Competition.” He teaches a strategy course on asymmetric value creation at the Business School of the Ukrainian Catholic University in Lviv.

“Traditionally, we have organized such events for UGS alumni and mentors in the U.S., but this year we want to take advantage of the online format. The purpose of the event is twofold: to share our students’ impactful stories of giving back to the organization and Ukraine through their own start-ups and community projects, and to listen to our keynote speaker, the Honorable Ambassador Taylor, elaborate on the topic of leadership. The ambassador’s unprecedented support of Ukrainian interests during his tenure provides great inspiration for our students,” noted Julia Lemesh, president of Ukraine Global Scholars.

To register for the UGS’s third annual event, readers may visit the UGS website www.ukraineglobalscholars.org or e-mail Ms. Lemesh at jlemesh@ugs.foundation.