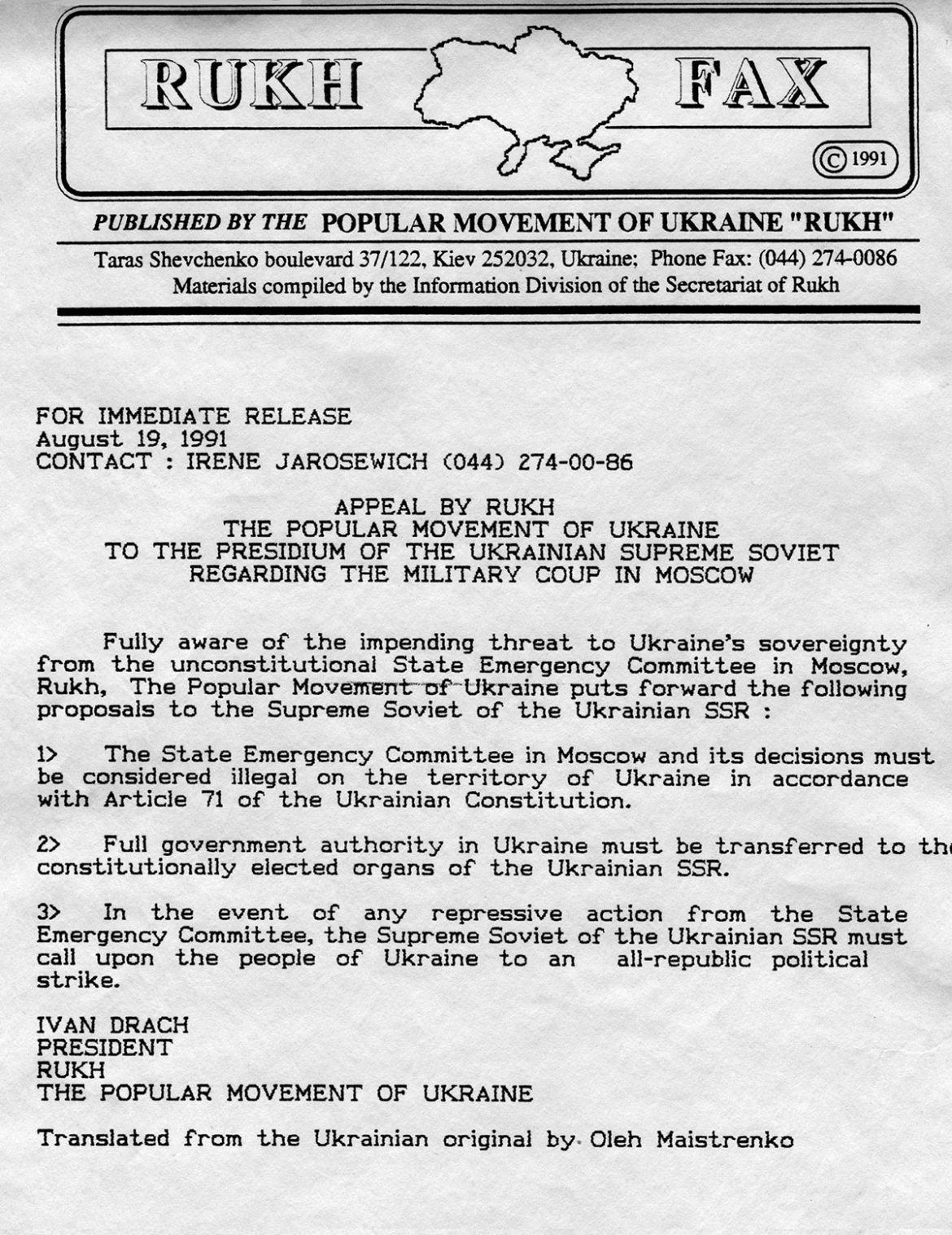 In the early morning of August 19, 1991, hardline Communist Party leaders in Moscow opposed to the liberalization and reforms enacted by then General Secretary of the Communist Party and President of the USSR Mikhail Gorbachev announced a state emergency and attempted a coup to oust their leader.

Upon hearing of the coup attempt in Moscow, The Popular Movement of Ukraine (Rukh), led by Ivan Drach, along with other political leaders, announced their decision to reject the legitimacy of the State Emergency Committee. Appeals were issued for the people and for the government of Ukraine to reject the attempted coup, as well. Rukh, then the leading pro-democracy organization in Ukraine, was the first to oppose the coup, a bold and risk-filled decision since, if the August 19 coup had succeeded, no doubt there would have been severe repercussions for the opposition.

The three appeals seen here are translations from the original Ukrainian texts and were distributed via fax on August 19, 1991, to foreign correspondents in Kyiv, Moscow and several European capitals. These documents are from the personal archive of Irene Jarosewich, who was a member of the press service at Rukh where she managed foreign media relations from 1991-1993. 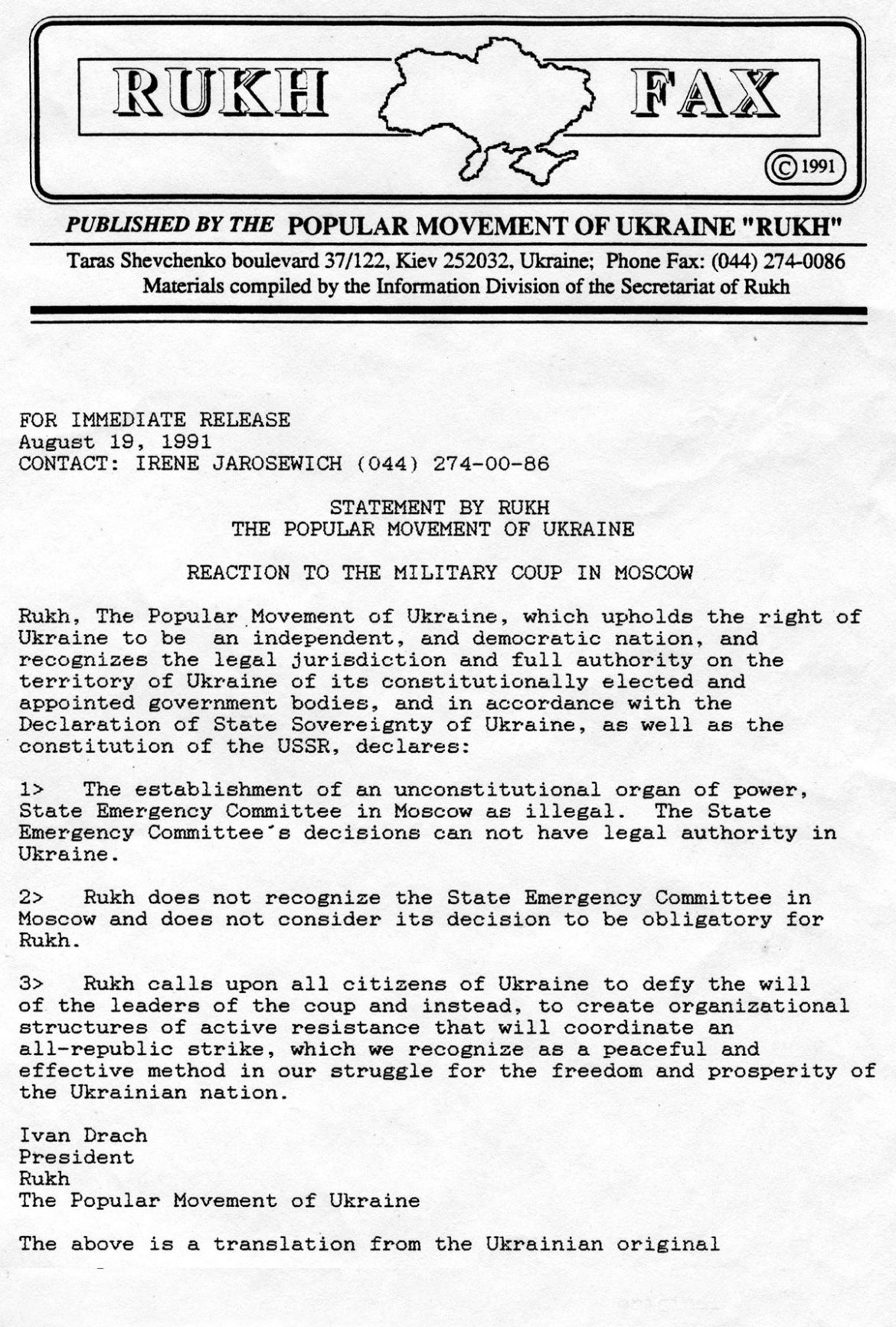 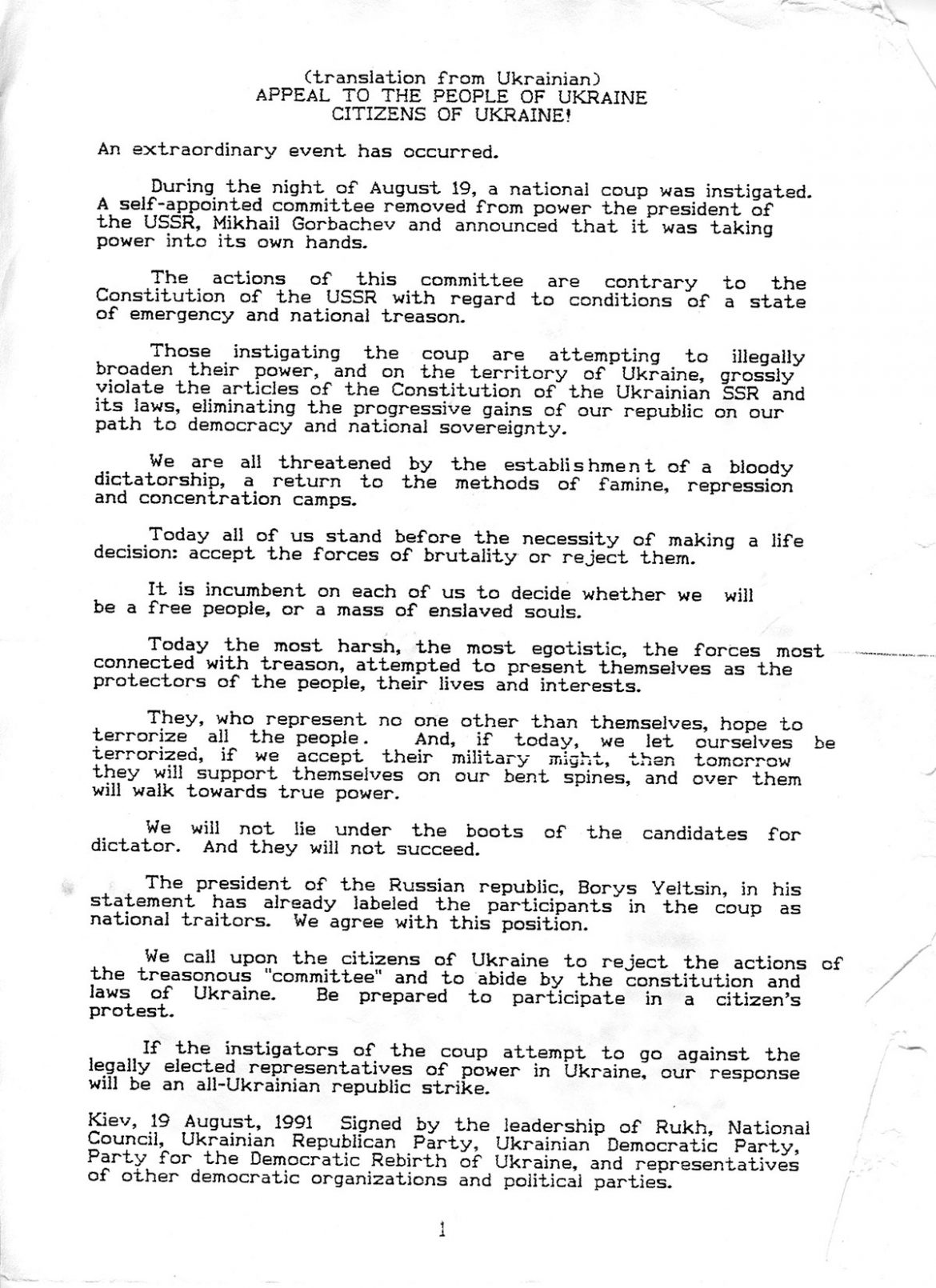