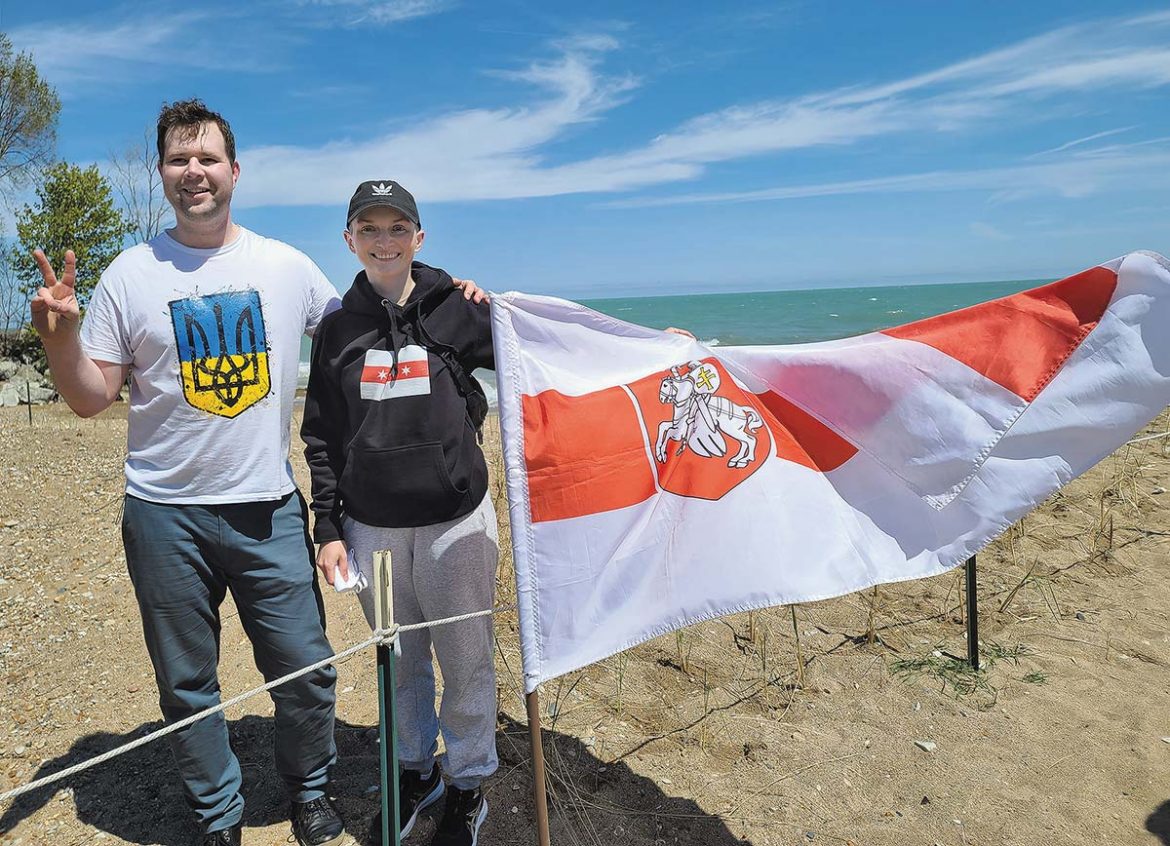 Yuriy Makar and a member of the Belarusian diaspora take part in a commemoration of the Chornobyl nuclear disaster that was held along Lake Michigan in Chicago on April 25.

CHICAGO – To mark the 35th anniversary of the tragic disaster at Chornobyl, the Belarusian community of Chicago hosted a tree-planting event in memory of the victims of the nuclear disaster on the morning of April 25. The Park District of Chicago supplied tree saplings and bushes, which were planted on the beach at Toughy Ave. and Lake Michigan.

The Ukrainian and Polish communities sent representatives to the event.  Marta Farion from the Ukrainian Congress Committee of America-Illinois Division and Yuriy Makar from the community attended.  A journalist from Dziennik Związkowy covered the event for the Polish press.  The local NBC Channel 5 television station also covered the event.

On April 26, 1986, the nuclear plant in Chornobyl, Ukraine, exploded. Over 190 tons of highly radioactive uranium and graphite were thrown into the atmosphere. The radioactive cloud was blown by the wind to Belarus. The disaster directly affected the people in Belarus, Ukraine and western Russia. They were exposed to radioactivity 90 times greater than that released from the atomic bomb that was dropped on Hiroshima, Japan. The United Nations declared the disaster the worst environmental catastrophe in history.

The disaster could have been avoided.  Chornobyl is a historical reminder of the incompetence of the Soviet Union and any authoritarian system.  It exposed the lies, the corruption, the disinformation, and the cruelty of a system that eventually caused the break-up of the Soviet Union. The disillusion with the government served as the seed for the beginning of Ukrainian independence, with the establishment of the organization Mothers of the Children of Chornobyl and the organization Rukh, which led the movement for Ukrainian independence.