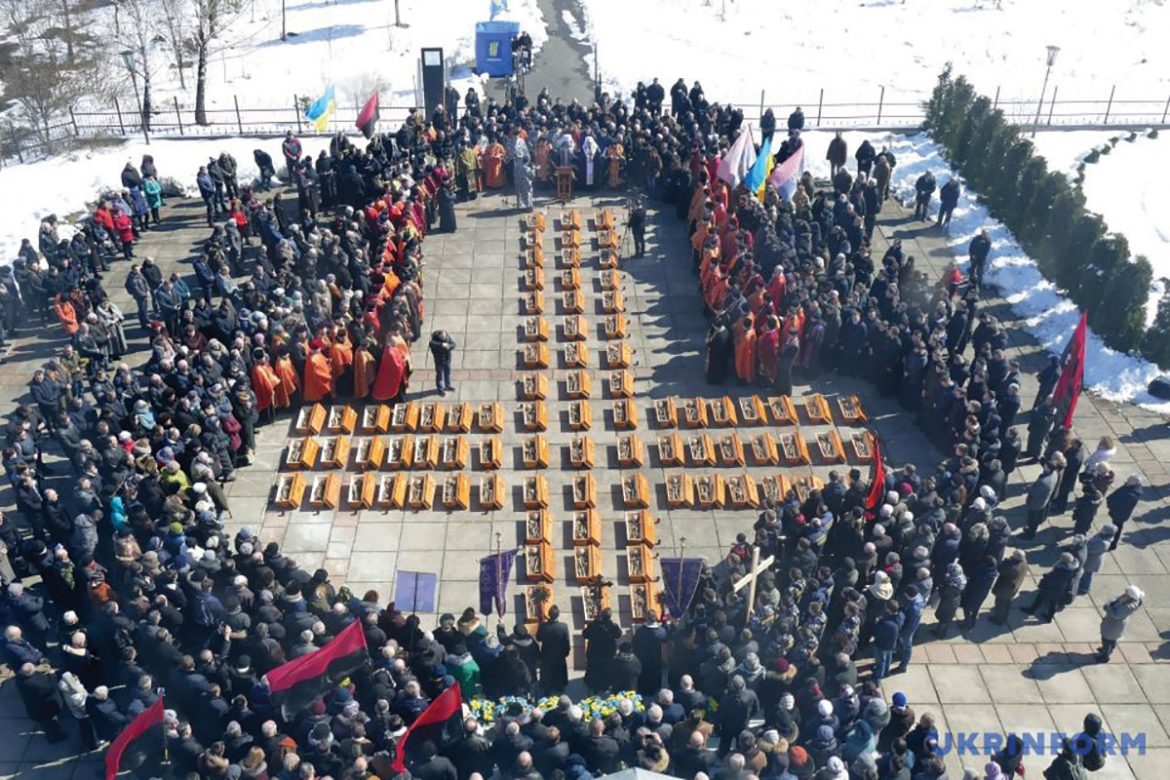 At the requiem service for 134 victims of Soviet terror (1939-1941) performed by local clergy in Ivano-Frankivsk.

On March 24, 134 bodies of victims of Soviet terror in the western Ukrainian city of Ivano-Frankivsk were given a proper burial, Ukrinform reported.

The victims were killed during the Communist terror of 1939-1941. They were discovered in the summer of 2017, when, while laying cables along the street, engineers stumbled upon several human remains. Judging by certain features of the burial site, scholars tend to believe that the remains belong to victims executed by the NKVD – the People’s Commissariat for Internal Affairs, the Soviet secret police organization from 1934 to 1946. The Bolsheviks used to bury their victims in ditches and hollows, without bothering to dig a deeper pit, which is why the remains were found so easily.

“Research on the spot continues, which is why the discovered graves are not the last ones. Our Christian duty is not only to preserve the memory of those events, but to honor those who suffered from the Communist regime,” Ihor Kinash, head of the Internal Policy department of the Ivano-Frankivsk City Council, said during the re-burial ceremony.

After a burial ceremony performed by local priests, the bodies were buried at Demianiv Laz, a mass burial site of victims of Soviet killings committed in the wake of the Nazi takeover of Stanislaviv (modern-day Ivano-Frankivsk) in 1941. At least 524 local Polish and Ukrainian captives (including 150 women with dozens of children) were shot by the NKVD and buried in several mass graves dug by the prisoners themselves in a small gorge outside of the city.