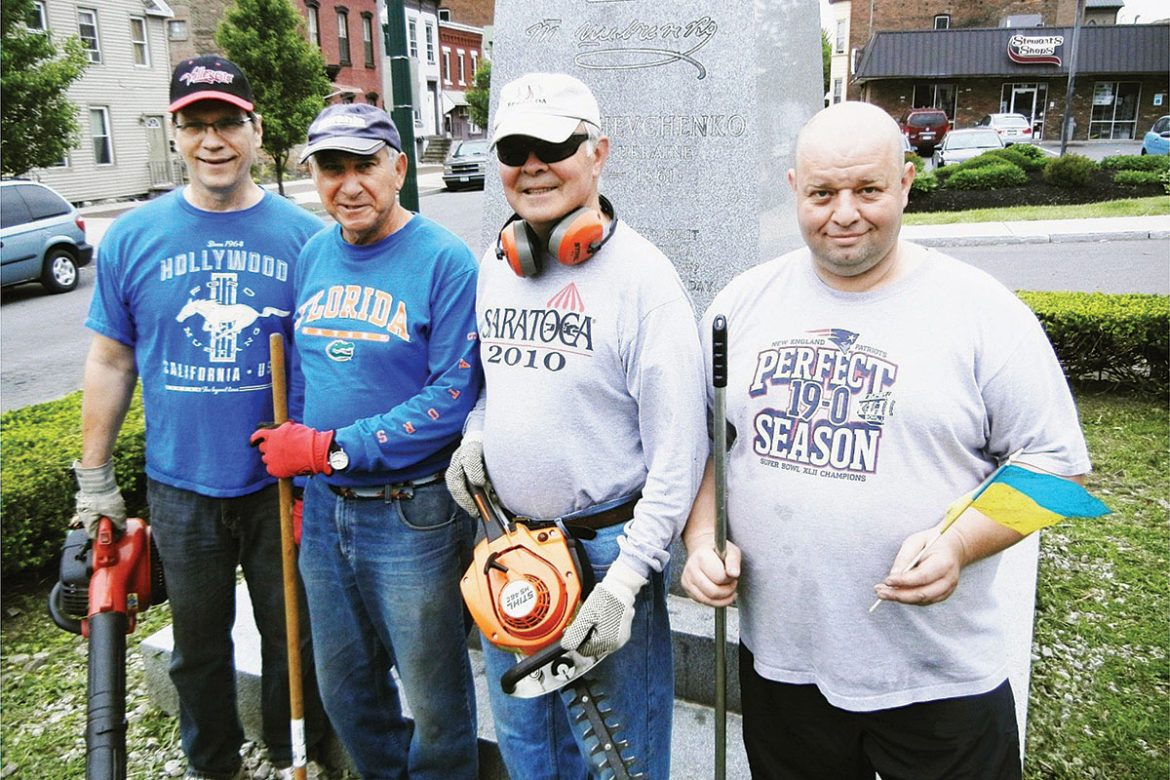 TROY, N.Y. – Members of St. Nicholas Brotherhood Society and Branch 13 of the Ukrainian National Association donned their work clothes on Saturday, May 21, to clean up around the Taras Shevchenko Memorial Monument located in a small pocket park in the city of Troy, N.Y.

Land for the Taras Shevchenko Memorial Monument was donated by the city of Troy to create a small pocket-park to commemorate the bard of Ukraine. A statue of the great poet was unveiled on June 5, 1988, on the plot known as Taras Shevchenko Memorial Monument. The park is a source of local pride and is located in an area of the city that’s considered the cradle of Ukrainian immigration, which dates back to the early 1890s.

Helping keep the park clean and neat allows brotherhood members to recall a time and place that influenced its formation on December 5, 1895, and to pay homage to a historical legacy that continues to influence their lives. Shevchenko is acknowledged as the first writer who was purely and thoroughly Ukrainian, who dared to dream of a Ukrainian language and literature that would have an independent place in the world.