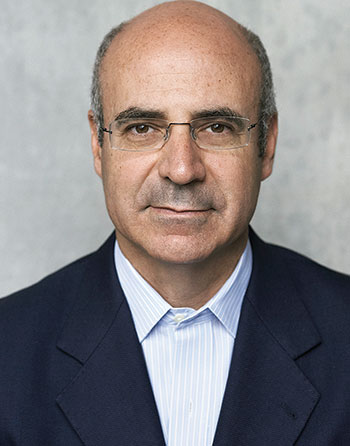 Bill Browder, who campaigned for Magnitsky laws in both the United States and Canada.

OTTAWA – As Canada’s Magnitsky law came into effect, the man closely connected to its namesake who campaigned for the legislation has found himself further targeted by Russia. Reacting to the bill, Russia’s Embassy in Canada called it a “hostile move” and promised “reciprocal countermeasures”; President Vladimir Putin commented that “This is just used to blow up more anti-Russian hysteria.”

Bill Browder, the Chicago-born, London-based financier who hired Sergei Magnitsky as the lawyer and accountant for his now-former Moscow-based Hermitage Capital Management hedge fund in 2005, recently had his visa revoked (and later reinstated) by the U.S. Department of Homeland Security after the Russian government placed his name on Interpol’s wanted list.

It’s the fifth time the Kremlin has tried to use Interpol as a way to arrest Mr. Browder, who was sentenced to nine years in prison by a Russian court after being tried and convicted in absentia for tax evasion in 2013.

In a phone interview from London, Mr. Browder told The Ukrainian Weekly that he considers Moscow’s latest move against him to be “a badge of honor” and “a direct response” to Canada’s new Magnitsky law. On October 17, Bill S-226, the Justice for Victims of Corrupt Foreign Officials Act (Sergei Magnitsky Law), unanimously passed the Canadian Senate and took effect the following day after receiving the required royal assent.

The law – presented as a private member’s bill by Ukrainian Canadian parliamentarians Raynell Andreychuk in the Senate and James Bezan in the House of Commons – was also unanimously endorsed in the lower house in early October.

Bill S-226 will allow the Canadian government to freeze the assets and impose travel bans against foreign nationals “responsible for, or complicit in, significant acts of corruption and gross violations of internationally recognized human rights,” according to a statement by Sen. Andreychuk, a Conservative who represents Saskatchewan in the upper house and who introduced the legislation in the Senate last year.

“What this law does is that it creates a certain amount of credibility and momentum for Magnitsky sanctions worldwide that didn’t exist before Canada joined into the fray,” said Mr. Browder, who testified before the Senate and House foreign affairs committees in support of the law. He also had successfully lobbied the U.S. Congress to adopt the bipartisan Magnitsky Act that President Barack Obama signed into law in 2012, which has resulted in sanctions against 44 people.

The United Kingdom and Estonia are the only other countries with Magnitsky-style legislation.

“America, while immensely powerful, is seen as a lone superpower and there is a lot of anti-American sentiment around the world. But there’s no such thing as anti-Canadian sentiment,” said Mr. Browder, 53, who traces his Jewish ancestry to Russia, where his late father Felix, a noted U.S. mathematician, was born in 1927.

He believes that Canada is viewed globally as “an honest broker and moral leader,” and said enacting a Magnitsky law is “a true historic moment for human rights and Sergei Magnitsky’s legacy, [which] dramatically increases the probability that it goes viral in terms of its adoption in other countries.”

Canada’s Magnitsky law builds on the country’s tradition of defending human rights internationally, according to Sen. Andreychuk, a former judge and ambassador who represented Canada on the United Nations Commission on Human Rights, now known as the U.N. Human Rights Council.

“The Magnitsky bill stands on the side of people who are, in their own countries, trying to fight corruption and human-rights abuses and advocate for democracy and the rule of law,” she explained in an interview.

Sen. Andreychuk said that, unlike in the past, when Canada pushed other countries to force their citizens to adhere to international human-rights standards, the Magnitsky law enables the federal government to directly censure foreign nationals who direct or participate in extrajudicial killings, torture or other gross human-rights violations against people who seek “to expose illegal activity carried out by foreign public officials” in those countries, as Bill S-226 reads.

Those found to be responsible for such violations will also end up on a watch list, much like the names-directories Canada maintains for people identified as threats to international peace and security, and those suspected of having ties to terrorism.

“We want anyone who abuses to think twice before they do it,” said Sen. Andreychuk. “We don’t want to be part of having corrupt officials, who gain money inappropriately in another country and abuse citizens to get that money, park that money in Canada.”

The Globe and Mail recently reported that Canada’s Magnitsky sanctions are expected to first target Russian and Venezuelan human-rights abusers.

However, references to Russian abuse cases figure prominently in the preamble to S-226, starting with the case of Mr. Magnitsky, who died in a Moscow prison at the age of 37 in 2009 after uncovering the largest tax fraud in Russian history that implicated police, judges, tax officials, bankers and the Russian mafia in reclaiming $230 million in taxes paid by Hermitage Capital.

Russian authorities conducted “no thorough, independent and objective investigation” into Mr. Magnitsky’s death and his posthumous trial and conviction of tax evasion in Russia in 2013 “for the very fraud he uncovered [that] constitute[s] a violation of the principles of fundamental justice and the rule of law,” says the Canadian law.

The law also addresses Britain’s Litvinenko Inquiry report last year, which found two Russian agents were responsible for the assassination of Kremlin critic Alexander Litvinenko “and that there was a ‘strong possibility’ that they were acting on behalf of the Russian Federal Security Services,” where Mr. Litvinenko worked as an agent.

S-226 also refers to the 2015 assassination of Russian opposition politician Boris Nemtsov, and, as with the Magnitsky case, states that Russian authorities have not conducted a proper investigation into his murder.

The Kremlin has expressed its displeasure with Canada’s Magnitsky law throughout its legislative journey. That opposition continued once it passed Parliament.

Russia’s Embassy in Ottawa tweeted that “in defiance of common sense S-226 is hastily signed into law” and called it an “irrational act sponsored by fugitive fraudster & tax evader and Russia-haters,” taking a swipe at Mr. Browder, who faces new allegations of tax fraud in Russia, where prosecutors also claim he colluded with an agent of Britain’s foreign intelligence agency, MI6, “to cause the death of S.L. Magnitsky,” by persuading Russian prison doctors to withhold care, according to a recent story in The New York Times.

(Mr. Magnitsky was reportedly beaten and tortured during the 358 days he spent in Moscow’s Butyrka remand prison, where he also suffered from pancreatitis and a blocked gall bladder.)

At the recent annual Valdai international forum of policy experts in Sochi, the Russian president was asked by Pyotr Dutkiewicz, a political science professor and former director of what is now called the Institute of European, Russian and Eurasian Studies at Ottawa’s Carleton University, about whether Mr. Putin was “worried about the consequences” of other countries following Canada in enacting Magnitsky-style laws.

“These are all some very unconstructive political games,” replied the Russian president, who accused Mr. Browder of “buying Russian company stock without any right to do so” and transferring “hundreds of millions of dollars” out of Russia to avoid paying taxes.

Sen. Andreychuk – who with Mr. Bezan is among 13 Canadian lawmakers and officials banned from entering Russia in retaliation for Canadian sanctions imposed on it following its annexation of Crimea in 2014 – said that “one has to ask the Russian government why are they so nervous” about Canada’s Magnitsky law.

“Certainly, they have something to account for to their own people on Magnitsky, on Nemtsov, and the list goes on,” she noted.

The Ukrainian Canadian Congress welcomed the adoption of the Magnitsky law. “Due to the hard work and efforts of so many parliamentarians and advocates, the Magnitsky Act is now the law of the land,” stated Paul Grod, national president of the Ukrainian Canadian Congress. “Its adoption will allow the government of Canada to move swiftly to implement sanctions against Russian individuals and organizations responsible for violations of international law and the rights of Ukrainian and Russian citizens.”

Canada’s Minister of Foreign Affairs Chrystia Freeland stated: “Canada has a strong reputation around the world as a country that holds clear and cherished democratic values and stands up for human rights. This new law, which has received cross-partisan support in Parliament, is a clear demonstration that Canada takes any and all necessary measures to respond to gross violations of human rights and acts of significant foreign corruption.”

Following the House endorsement of S-226 on October 4, Russia’s Embassy in Ottawa had warned in a statement that, “this hostile move, as well as any new anti-Russian sanctions, will be met with resolve and reciprocal countermeasures.”

That would likely only mean Moscow adding a few more names of Canadians who would not be allowed to enter Russia – “and that’s the end of the story,” said Mr. Browder. “Most parliamentarians I know who aren’t on the banned list feel hard done by that they haven’t been recognized.”

His situation is far more serious.

Mr. Browder worries about leaving the United Kingdom, for fear of arrest – although he expects Interpol to lift the international warrant against him since it has four times previously rejected the Kremlin’s request to obtain one.

This time, Moscow used a “diffusion” mechanism to unilaterally add Mr. Browder’s name to the list without requesting that Interpol post the notice. “This may be the straw that broke the camel’s back on the Russian government’s ability to do this because it’s such a clear and open abuse of the process,” he explained.

But Mr. Browder fears for his life. “They’re out to get me – seriously,” he said in reference to the Putin-led Russian assault against him.

Mr. Browder, who will be in Ottawa with members of Mr. Magnitsky’s family on November 1, doubts that he will ever again set foot on Russian soil.

“If I return to Russia, I will be put in jail immediately and probably killed – like Sergei,” he said.