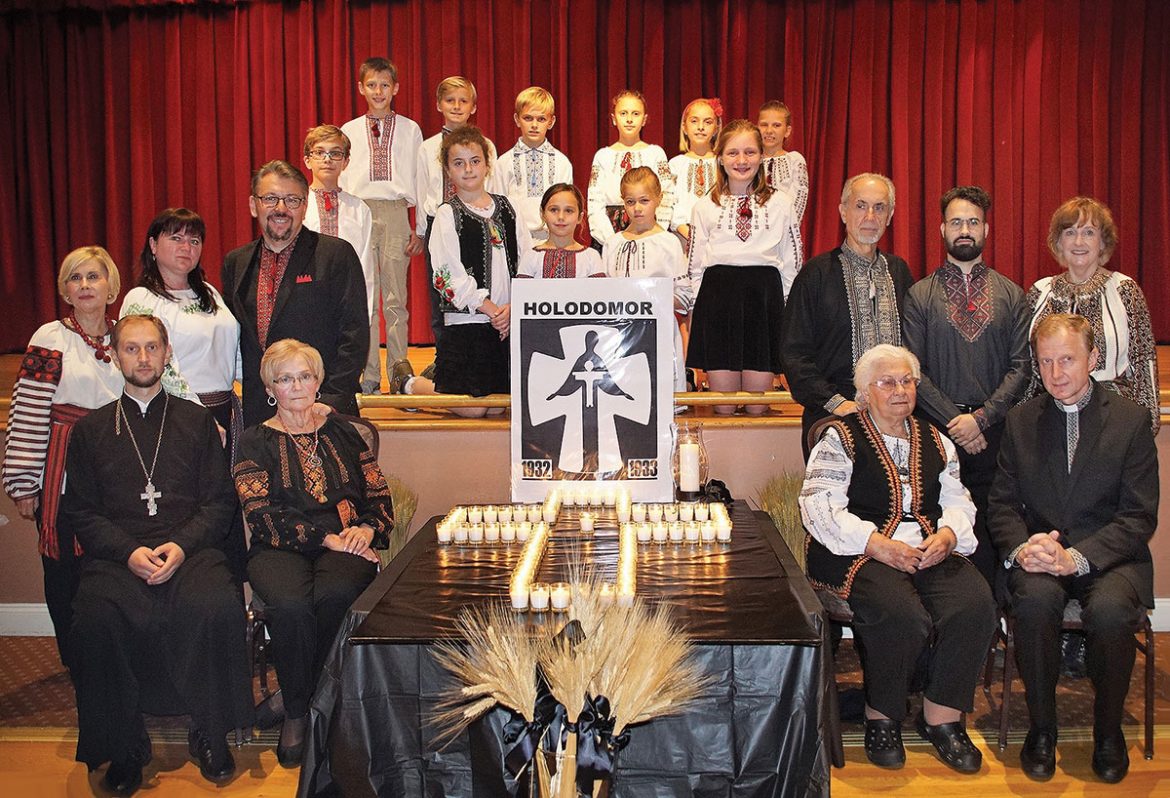 Participants of the Candle of Remembrance ceremony held in Whippany, N.J., to mark the 85th anniversary of the Holodomor with Nina Pinczuk Kowbasniuk (seated second from right), a survivor of the genocidal Famine of 1932-1933.

WHIPPANY, N.J. – Ukrainian Americans and their neighbors in this Morris County town lighted a Candle of Remembrance on Thursday evening, October 4, to mark the 85th anniversary of the genocidal Holodomor that killed millions in Ukraine and adjacent ethnically Ukrainian territories in 1932-1933.

Held at the Ukrainian American Cultural Center of New Jersey, the ceremony was organized by the New Jersey Chapter for Ukrainian Holodomor Genocide Awareness, which is affiliated with the similarly named U.S. committee. Since it was dedicated to the children who were innocent victims of the Holodomor, children of the local community – members of Plast Ukrainian Scouting Organization and the Ukrainian American Youth Association, and students of the school of Ukrainian studies – read the names of 85 victims between the ages of 1 month and 14 years from the Luhansk region.

The evening began with the singing of the national anthems of Ukraine and the United States by, respectively, Oksana Telepko and Irene Sawchyn Doll. The program’s master of ceremonies, Jerry Kuzemczak, gave opening remarks, and the invocation was offered by the Rev. Stepan Bilyk, pastor of St. John the Baptist Ukrainian Catholic Church in Whippany.

Nadia Nynka, who chairs the New Jersey committee dedicated to promoting information about the Holodomor, delivered a substantive address to inform the audience about Ukraine’s genocide of 1932-1933, pointing out that the Holodomor was part of Joseph Stalin’s four-pronged attack aimed at destroying the Ukrainian nation. She also noted the Soviet denials of the Holodomor, the disinformation disseminated by the likes of New York Times correspondent Walter Duranty, foreign diplomatic representations’ inaction despite their awareness of the forced starvation, and U.S. recognition of the Soviet Union notwithstanding the regime’s genocidal acts.

Ms. Nynka cited the work of Raphael Lemkin, known as the father of the Convention on Prevention and Punishment of the Crime of Genocide, which was adopted by the United Nations General Assembly in 1948. In 1953, Dr. Lemkin delivered a seminal address to a Ukrainian rally in New York City in which he stated unequivocally that Stalin’s attack on Ukraine was the “classic example” of genocide – a term he had coined. He underscored: “This is not simply a case of mass murder. It is a case of genocide, of the destruction, not of individuals only, but of a culture and a nation.”

She also reminded the audience that the New Jersey State Legislature had adopted a resolution marking the anniversary of the Holodomor and expressed hope that New Jersey Gov. Phil Murphy would issue a proclamation. She added that New Jersey’s U.S. senators, Robert Menendez and Cory Booker, are co-sponsors of the Senate resolution on the Holodomor. [Editor’s note: S. Res. 435 was passed by unanimous consent on October 3.]

The recollections of Holodomor survivor Nina Pinczuk Kowbasniuk were read in English by her grandson Roman Kovbasniuk. Afterwards, Mrs. Kowbasniuk was first to light a Candle of Remembrance. Other candles were lighted as children read the names of young victims of the Holodomor. 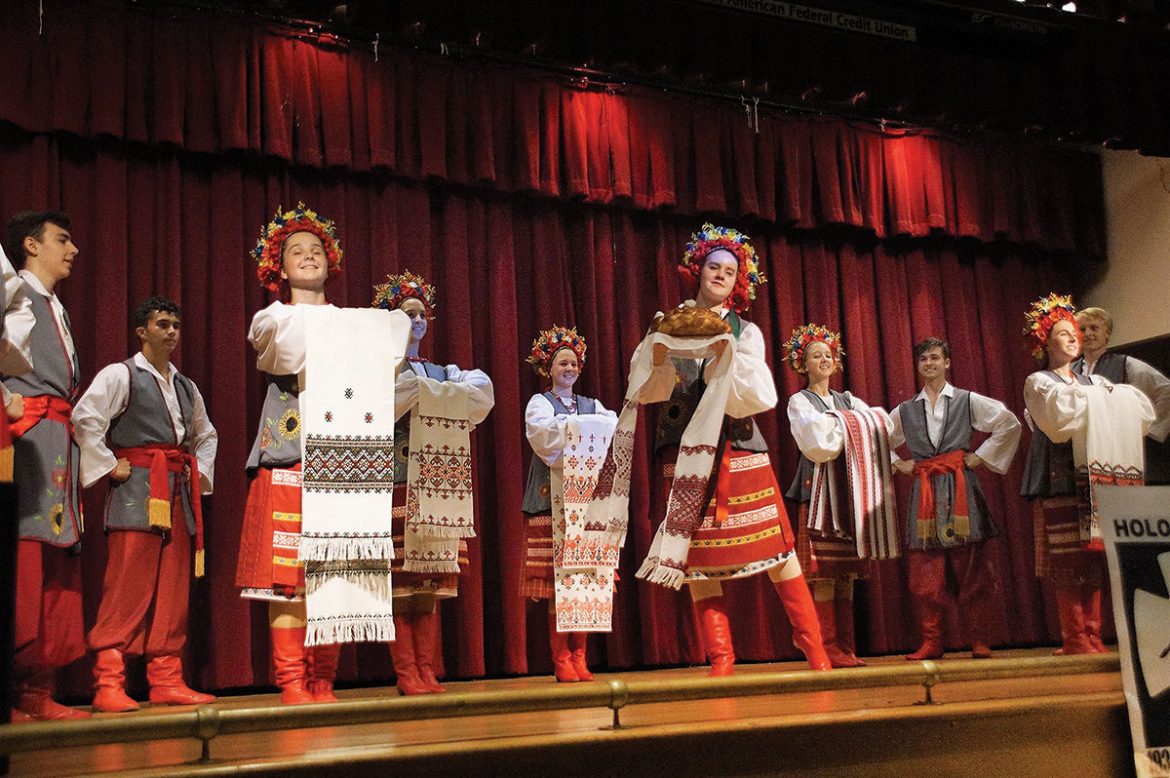 Iskra Ukrainian Dance Academy performs the concluding number of the program, “Pryvit,” highlighting the sanctity of bread in Ukrainian traditions.

Mayor Francioli read the Hanover Township Committee’s proclamation recognizing the 85th anniversary of the Holodomor, while Ms. Darling read a resolution adopted by the Morris County Board of Chosen Freeholders. Ms. Grossi and Mayor Mancuso briefly addressed the audience.

The program was concluded with an expressive performance by the eldest group of Iskra Ukrainian Dance Academy in which the dancers presented a ritual bread – a symbol of well-being that is revered as a gift from God.

The benediction was offered by the Rev. Vasyl Shak of the Ukrainian Orthodox Church of the U.S.A., and pieces of blessed bread were shared by Iskra’s dancers with the audience.