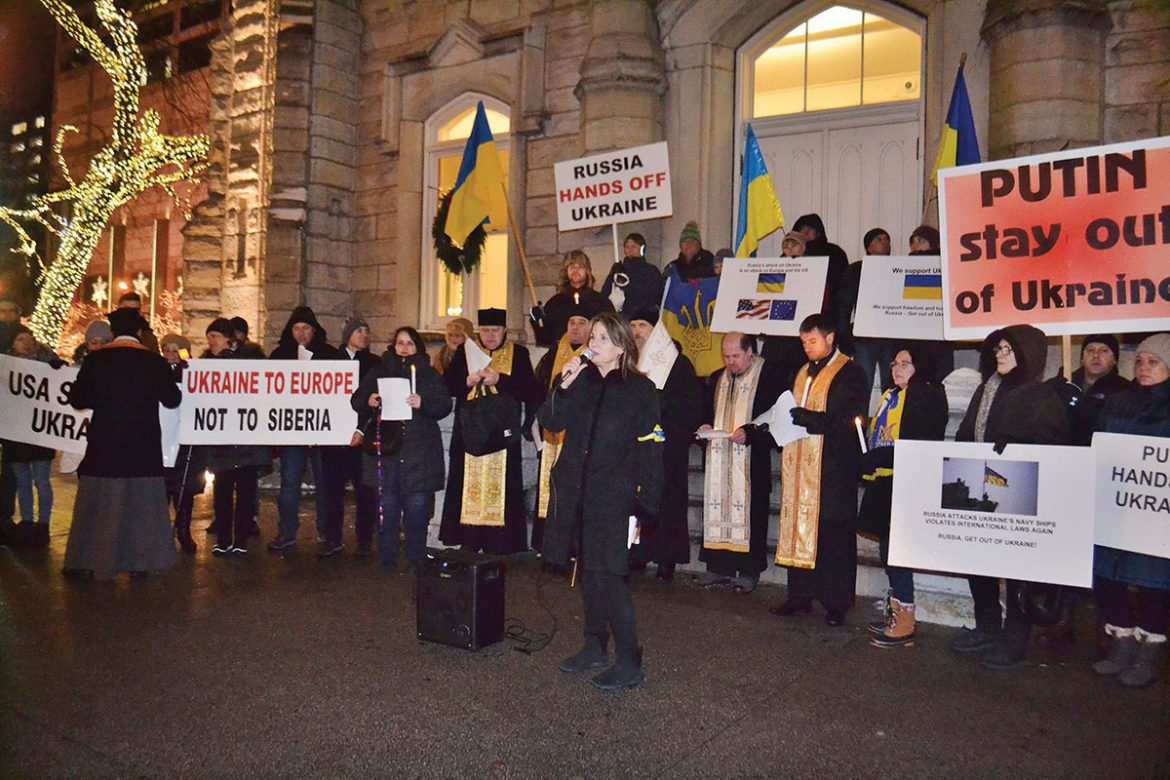 Protesters in Chicago condemn the latest Russian act of aggression against Ukraine.

CHICAGO – Members of the Ukrainian American community came out in large numbers on November 26 to protest the Russian military attack on Ukrainian naval vessels that occurred on November 25 near the Kerch Strait. They braved the bitter cold after a snowstorm that cancelled over 1,500 flights in and out of Chicago and left many areas without electrical power,

Bishop Benedict Aleksiychuk and other spiritual leaders led prayers for peace and for Ukraine’s leaders, and for the heroes who defend their country. Consul General of Ukraine Larysa Gerasko made a strong statement of condemnation of the acts of attack on Ukraine by the Russian Federation, in total violation of international laws.

A statement was read demanding the release of all Ukrainian prisoners of war and the 70 political prisoners illegally held in Russian prisons and the withdrawal of the invitation to Russian President Vladimir Putin to attend the G-20 Summit in Buenos Aires on November 30. The statement also called on the world’s leaders and the United Nations Security Council to condemn Russian actions and institute tough sanctions as punishments for Russia’s aggression.

The protest was organized by the Illinois Division of the Ukrainian Congress Committee of America.