“Hopak” by Iskra and Voloshky.

Tryzubivka’s festival grounds, sports pub, banquet hall and forty-two beautiful acres of parks, streams, picnic groves, natural and artificial turf sports fields in Horsham, Pa., beckon to be a part of your Ukrainian Summer. Become a club member for only $25 annually ($35 for a family membership). Enjoy a cascade of heritage, cultural, fraternal and sporting events throughout the spring, summer and early fall.

The most popular community event – over 3,000 now attend – at the Ukrainian American Sport Center Tryzub is the Ukrainian Independence Day Festival, Outdoor Summer Concert & Zabava. The festivities are scheduled for Sunday, August 25, commencing at noon, in Tryzubivka’s fully shaded festival glade. Ukrainians and other Americans from throughout the Philadelphia Metropolitan area and beyond attend this featured event that celebrates Ukrainian culture, as well as liberty and unity. 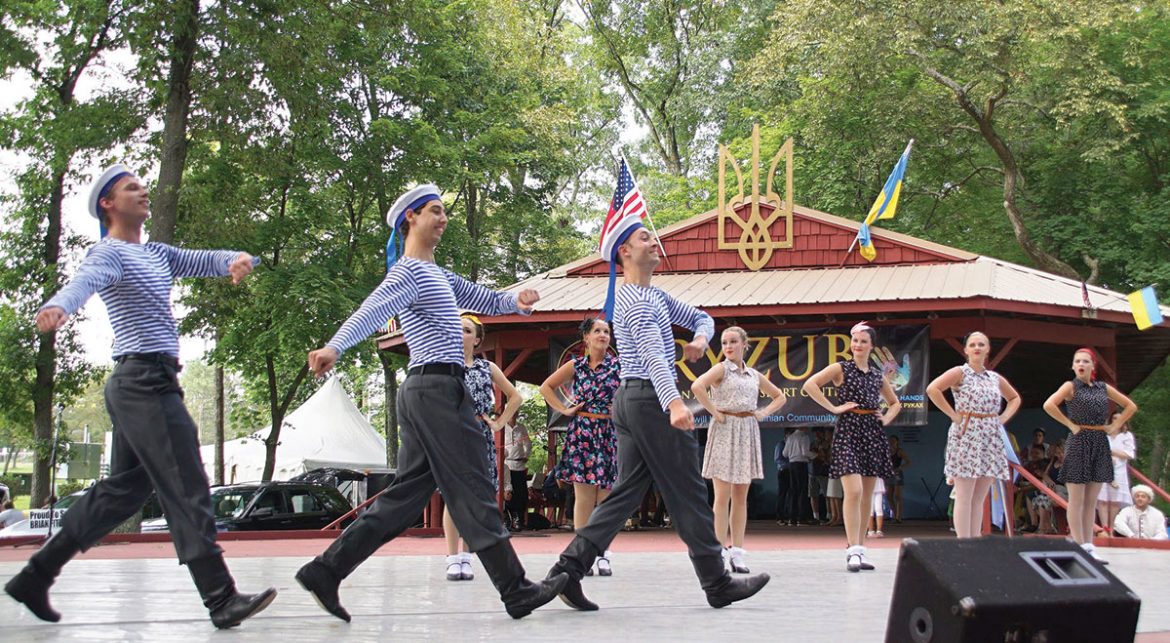 To celebrate the 28th anniversary of Ukraine’s independence, the artists – dance troupes, musicians, singers and ensembles that have performed in previous years – are again creating a fresh, dynamic and integrated collaborative program (see the ad in this issue for details). The Korinya Ukrainian Folk Band and the Na Lemkovyni vocal ensemble will be the special guest stars. The concert will also feature the Voloshky and Iskra Ukrainian dance ensembles and violinist Innesa Tymochko Dekajlo.

A “zabava” (dance) to the tunes of the Vox Ethnika Orchestra will follow the concert. Arts and crafts vendors, children’s recreation and Ukrainian foods, picnic fare, desserts and refreshments will be abundant. 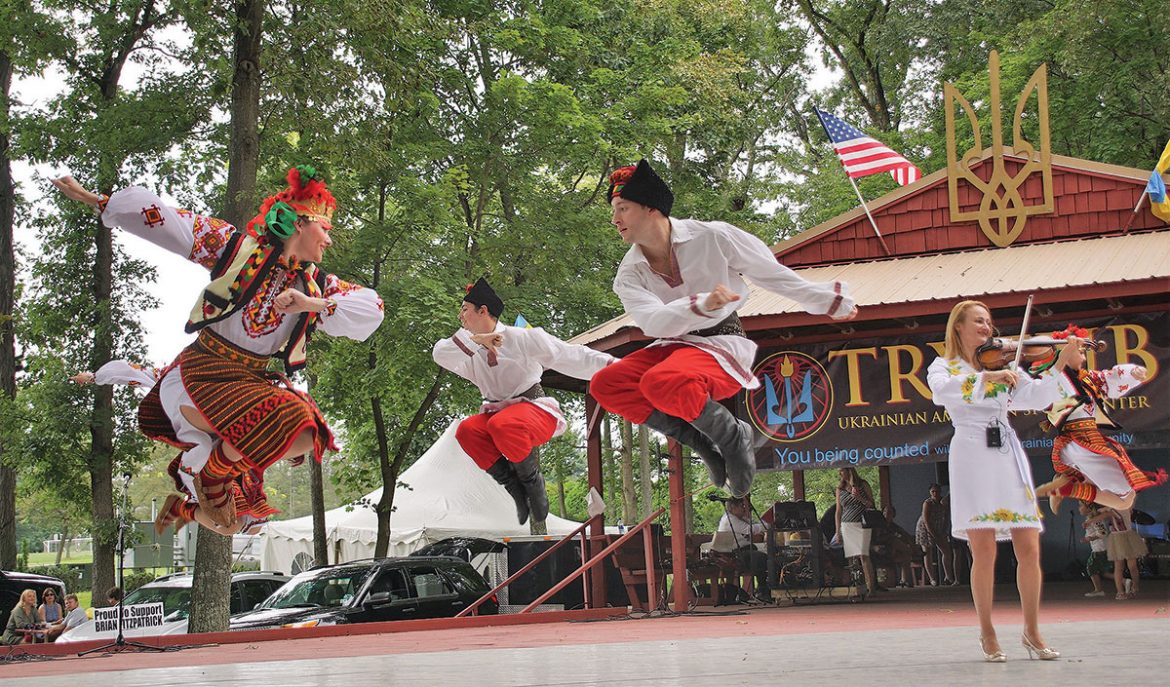 On Sunday, June 16, beginning at 1p.m., Tryzub will hold its popular Father’s Day Fest (free admission and parking), a family-oriented picnic event that features the Philadelphia area’s Voloshky School of Ukrainian Dance, accordionist Ivan Zhytnikov, the Soloveyky Vocal Ensemble and the Swords of Kobzars Bandurist Quartet, and other excellent younger singers, dancers and musicians. A zabava to the versatile music and song of Ihor Sypen follows.

Over that entire Father’s Day weekend, Tryzub will host (also without admission) the U.S. Adult Soccer Association’s Region I U.S. Open and Amateur Cup National Championship games. With the U.S. divided into four regions these are effectively the quarter-final games for the outright American championships in the men’s, women’s, men’s over 30 and men’s under 23 categories. At least two of the men’s finals games will be held Sunday afternoon.

Over Memorial Day Weekend, on Saturday night, May 26, all are invited to attend an outdoor family-oriented parents’ appreciation picnic under the stars. There is no admission fee. Enjoy an array of live music by popular local bands, social dancing, food, refreshments and fraternity. There will also be a commemoration ceremony for the memories of our fallen heroes, even as the tournament financially supports the Travis Manion Foundation, an organization dedicated to assisting our heroes and their families and to challenging our youth proactively to volunteer and to perform works of charity. 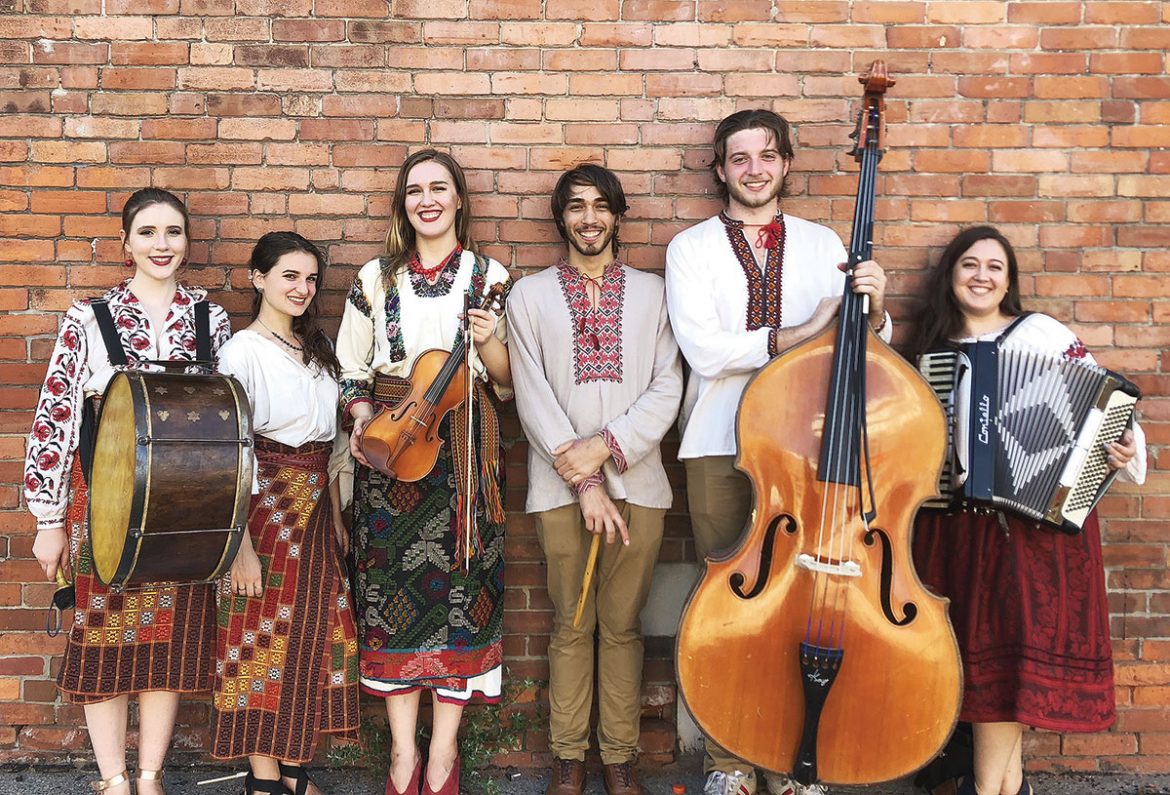 Throughout July and August, Tryzub’s staff of coaches and counselors will also be offering a number of camps at Tryzubivka.

You can learn more about Tryzubivka and the opportunities it offers the community at www.tryzub.org and at www.ukrainiannationals.com. The club is located at Lower State and County Line roads in Horsham, Montgomery County (northern suburbs of Philadelphia).