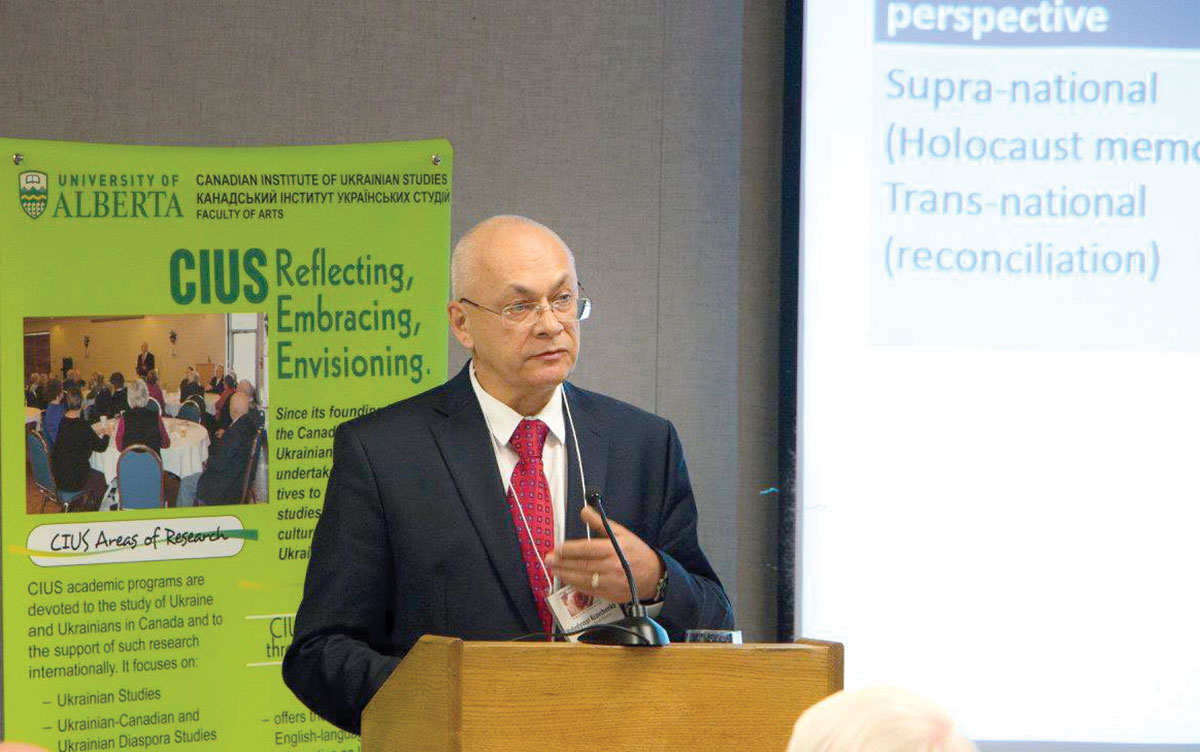 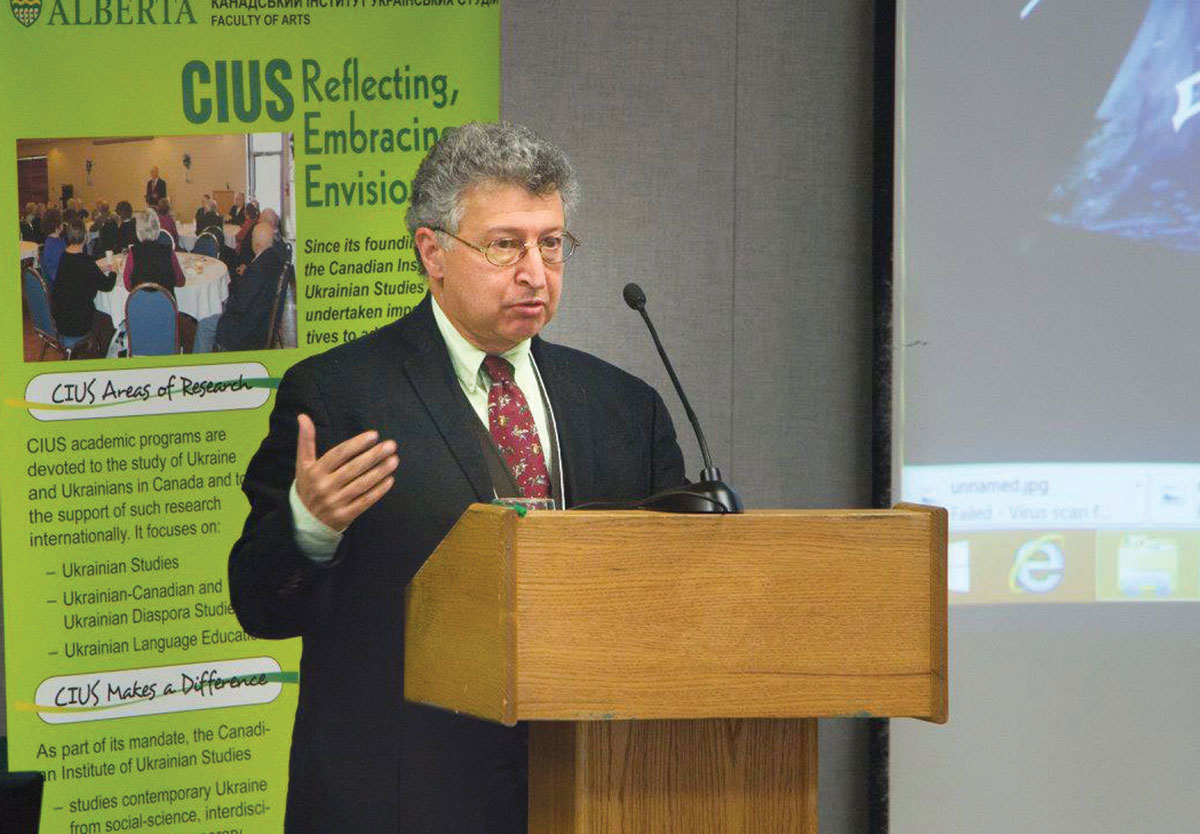 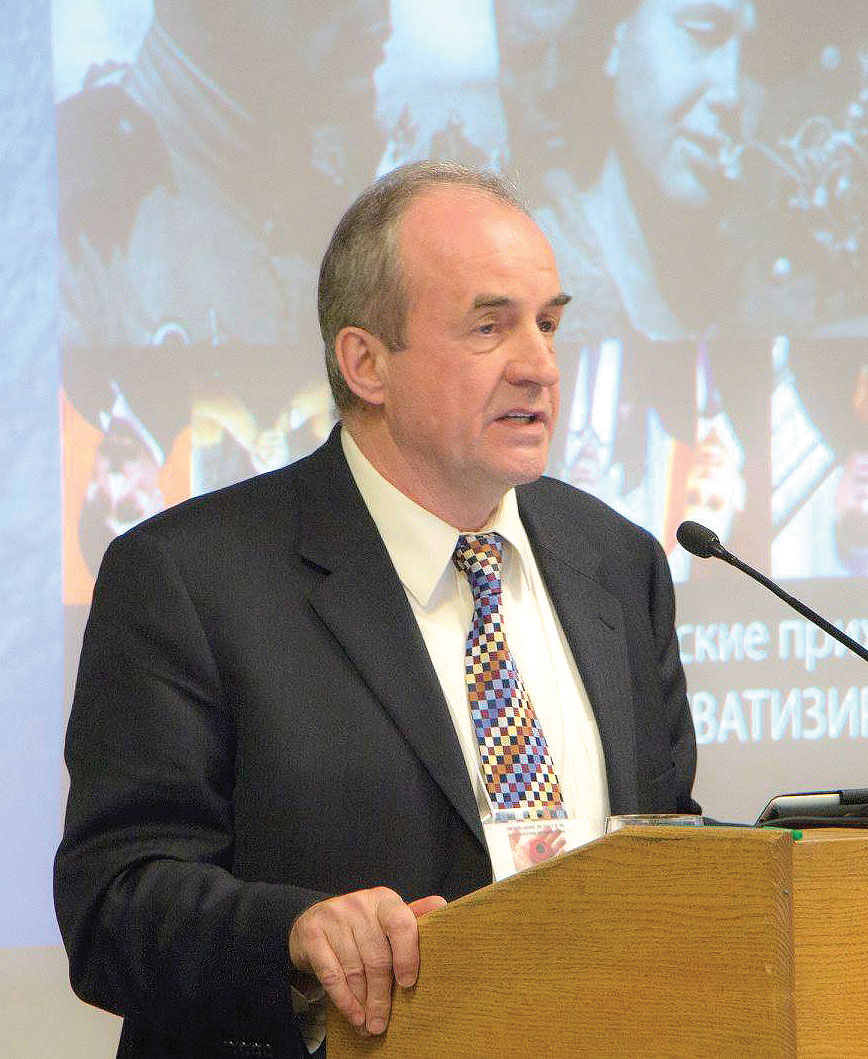 Janusz Bugajski of the Center for European Policy Analysis in Washington speaks about the historical context of Vladimir Putin’s war cult. 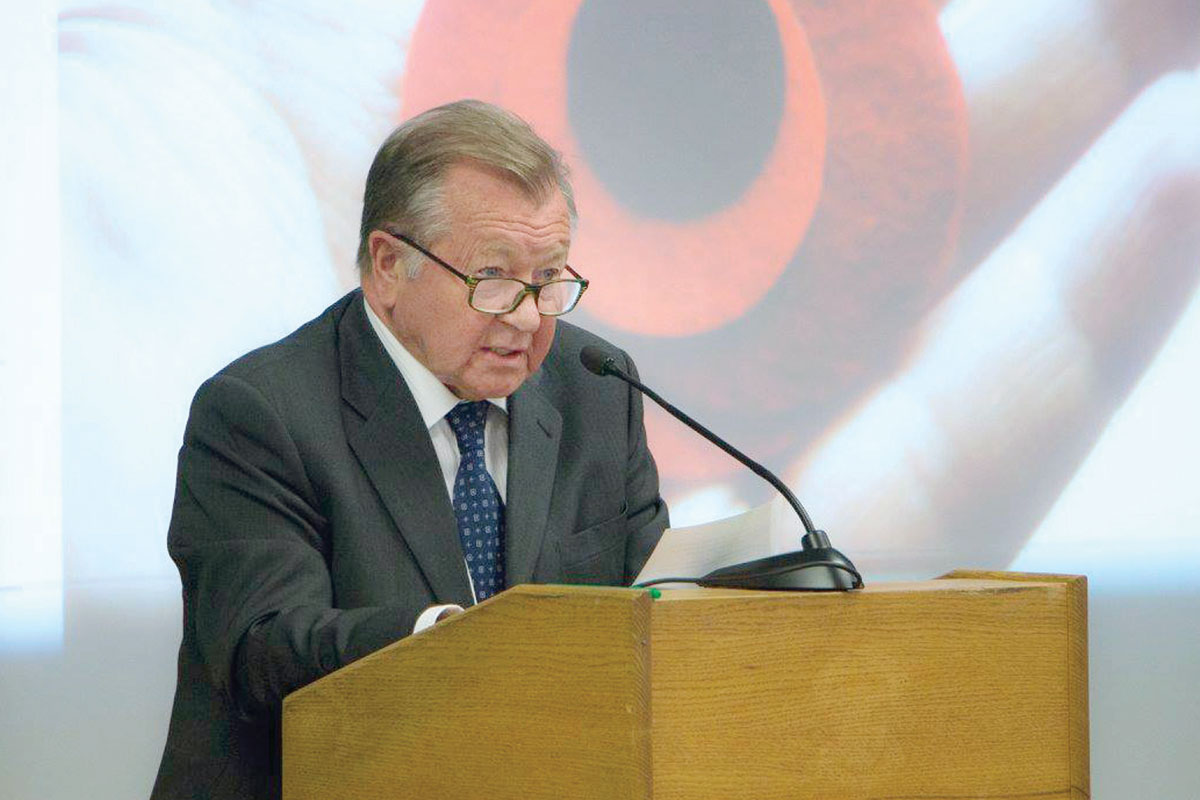 Former Ukrainian Ambassador to the U.N. Valerii Kuchynskyi speaks about the 1945 founding of the United Nations. 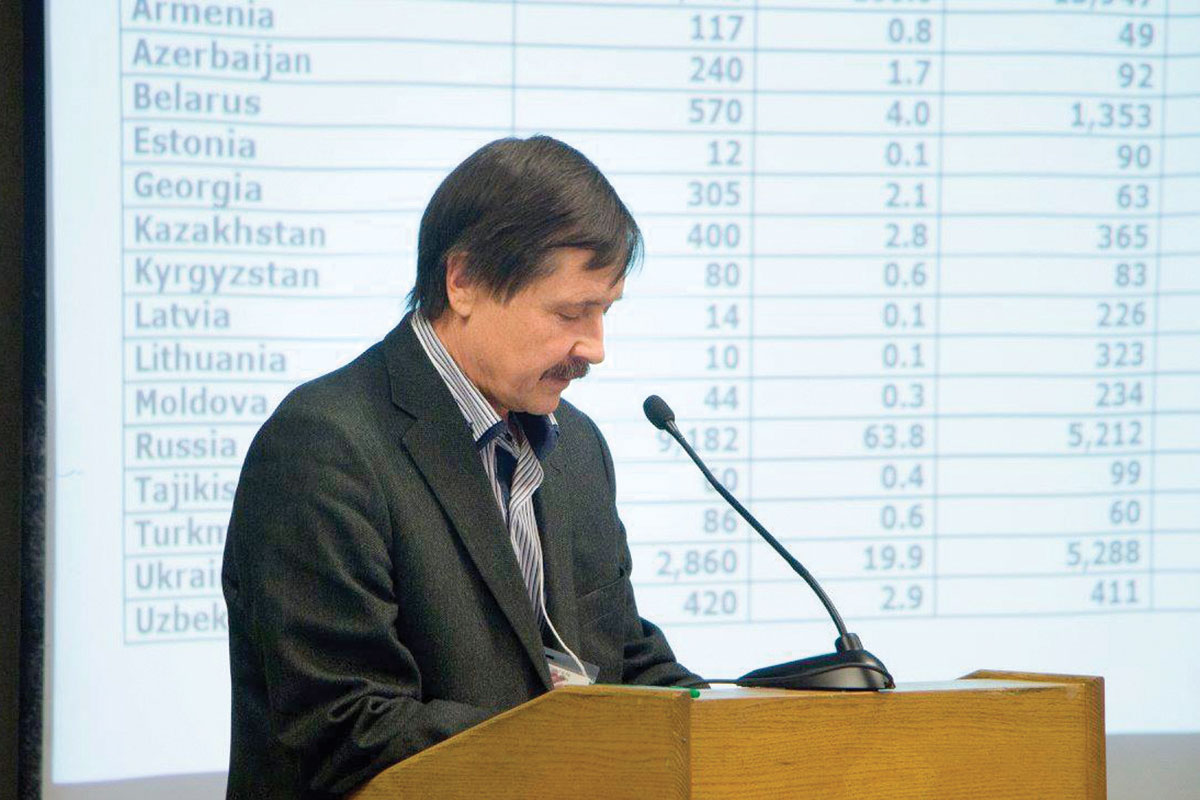 Oleksandr Hladun of the Academy of Sciences of Ukraine speaks about Ukrainian demographic losses in World War II.

EDMONTON, Alberta – A conference inspired by the 70th anniversary of the Allied victory over Nazi Germany in World War II stimulated wide-ranging discussions by academics and policy analysts at a gathering held at the University of Alberta on October 23-24.

“Contested Ground: The Legacy of the Second World War for Eastern Europe,” was a successful joint undertaking of the Canadian Institute of Ukrainian Studies and the Center for U.S.-Ukrainian Relations. It brought together an impressive array of experts from countries that included Ukraine, Poland, Finland, Romania, Moldova, Lithuania, Great Britain, Germany, Turkey, Israel, the United States and Canada.

Presenters took as their starting point the impact of the second world war on Eastern Europe, large parts of which were consigned to the Soviet sphere of influence in the Cold War that followed the “Peace of 1945.” One major focus was the agreements negotiated at Yalta and Potsdam that shaped the destinies of states occupied by the Red Army and which became Soviet republics or satellites. Meanwhile, other neighboring states, like Finland and Austria, were forced to make concessions to appease Joseph Stalin’s ambitions and fears about Western influence.

Not surprisingly, many of the speakers also ended up addressing Russia’s current aggression towards Ukraine and the West. As was pointed out by a number of presenters, the government of Vladimir Putin is not only trying to restore the contentious post-war division of Europe by the Great Powers, it is simultaneously attempting to impose a distorted and questionable history of the Soviet regime and the war itself.

Mr. Putin’s obvious goals are to bolster Russian pride and to reinforce his hold on power, while downplaying and denying the brutality and failures of 70 years of Communist dictatorship. At the same time, by invoking rhetoric about the war being a great Soviet – and now explicitly Russian – triumph over Nazi Germany, the Kremlin is attempting to portray Moscow as a bastion of resistance to fascism, when Russia itself has increasingly become a fascistic autocracy that is actively cultivating radical right-wing movements in Europe, conference speakers pointed out.

All of the academic sessions were well-attended by conference participants, as well as students and members of the Ukrainian community – among whom were registrants from Ontario, Saskatchewan and British Columbia. “Contested Ground” was entirely financed by donors from within the Ukrainian community in North America, and it was mounted with extensive help from local volunteers.

A gala banquet at the conclusion featured a keynote address by James Sherr of the Royal Institute of International Affairs (Chatham House), who received a standing ovation for his incisive, albeit sobering, analysis of the civilizational problems that continue to motivate the Russian actions that are fomenting both regional and global instability.

Mr. Sherr, along with several other conference presenters, expressed concern that the Kremlin’s reckless threats and behavior could have very serious ramifications not just for Ukraine but for world peace.

Besides featuring four speakers from Ukraine, the conference program included a concise history of Crimean Tatars by Turkish scholar Hakan Kirimli that effectively challenged commonplace Russian myths about the peninsula. Two former ambassadors, a former Polish defense minister, and a retired colonel and military historian from Finland all brought unique perspectives to the theme of the conference, which auspiciously took place on the anniversary of the founding of the United Nations on October 24, 1945.

The high quality of so many of the presentations makes it extremely difficult to single out individual speakers, but it is clear that the mix of historians, think-tank analysts, and political scientists proved to be a winning combination.

Co-organizers of the event were Volodymyr Zaryckyj and Jars Balan. There are a plans to publish select papers from the proceedings, and conference talks will soon be available for viewing over the Internet at www.cius.ca.