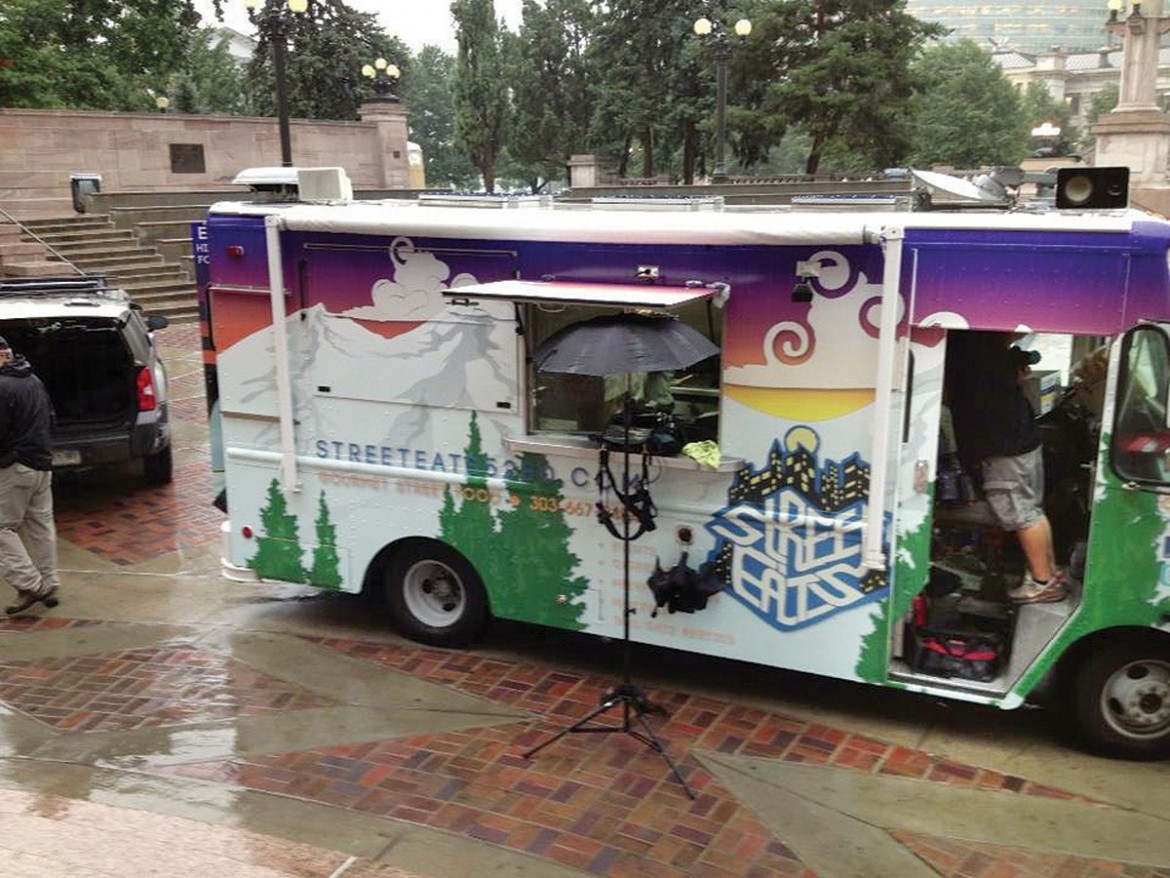 The Street Eats food truck on the set during filming in Denver.

PARSIPPANY, N.J. – The Cooking Channel featured the Street Eats food truck in Denver in the episode “The Spice is Right” on February 28 in its “Eat St.” series (in its fifth season). Owned by Rich W. and with support from veteran sous chef Dan Lasiy, the Street Eats food truck has become one of the most popular food trucks in the Denver area, making regular stops at festivals and concerts during the summer.

“What makes us unique,” explained Mr. Lasiy while speaking with The Weekly, “is the diversity of our menu and the fact that it changes often. Most trucks around the country follow a specific theme, for example Mexican, or barbecue or just sandwiches, etc. There is no real limit to what we put on the menu. We have everything from a standard burger and sausage to soft shell crab sandwich (the one I made on the show), a cheese steak with Kimchi and sriracha, Beijing summer noodles, dumplings, I’ve even made pierogi before.”

Mr. Lasiy is of Ukrainian descent from New Jersey and is a graduate from Johnson and Wales University with nearly 12 years of industry experience from restaurants in Providence, R.I., New York City, New Jersey. and Denver, as well as catering and cooking for the New England Patriots.

During his two years with the Street Eats food truck, Mr. Lasiy has learned from his team members, including: Rich, who is Chinese from San Francisco; Rob, who is of Jewish background from Detroit; and Diego from Peru.

“We all love food and are so interested in different cuisines and cultures, which is what helps us create such a diverse menu,” Mr. Lasiy added.

This spring Mr. Lasiy is looking to open a restaurant in Denver called Rebel, on which he is collaborating with Bo Porytko, who is also of Ukrainian descent and from New Jersey. More information about Rebel can be found at www.facebook.com/RebelRestaurantDenver.

The Cooking Channel spot has already helped the Street Eats business to grow. The day after the episode aired, more people than usual came to eat at the truck because they saw the show, and more people will see it in the coming months with re-runs.