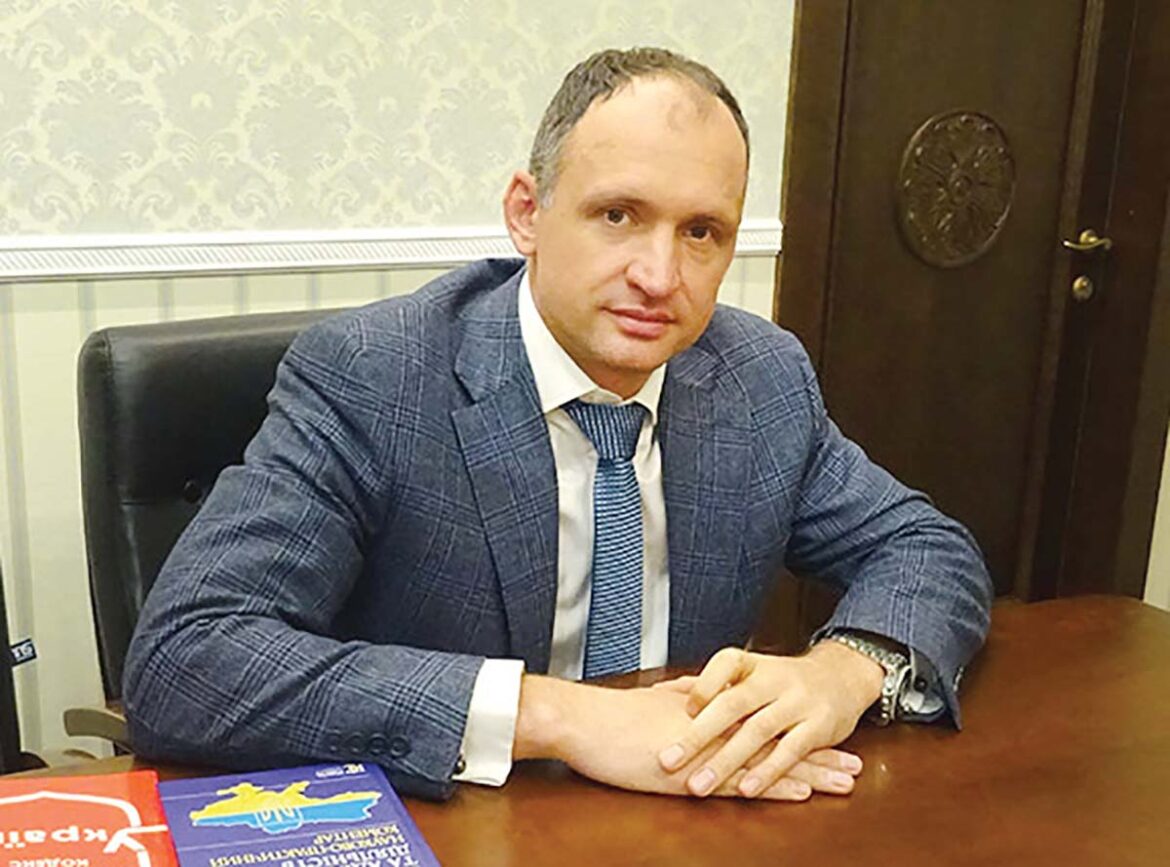 KYIV – A high-ranking official in Ukrainian President Volodymyr Zelenskyy’s administration has been implicated in a $2.8 million corruption scheme connected to a real estate development project.

Oleh Tatarov, deputy head of the Presidential Office of Ukraine, is allegedly the third suspect in the graft case according to the Kyiv-based Anticorruption Action Center – a non-governmental watchdog – and reports by the Kyiv Post, Censor.net, Ukrayinska Pravda, Hromadske and other Ukraine-based media.

The National Anticorruption Bureau (NABU) on December 2 accused the Prosecutor General’s Office of blocking the arrest of “the probable third suspect” in the case without naming the accused.

Former member of parliament and real estate developer Maksym Mykytas, who was arrested in the case, said in a Facebook post the same day that Mr. Tatarov was the third suspect. He stated that the presidential official had worked in the legal department of state-owned developer UkrBud, the same company involved in the real estate case.

“The rumors spread by the NABU head’s entourage that I was allegedly involved in some crimes, as well as that they allegedly wanted to detain me, are not true,” he told Liga.net. “I connect their dissemination with my publicly-voiced position on the work of the leadership of the anti-corruption body.”

His last comment was in reference to an interview he gave to the Law and Business weekly newspaper late in November in which he stated that NABU director Artem Sytnyk should resign.  During that interview he also criticized the agency’s performance.

Mr. Zelenskyy’s office subsequently distanced itself from the comment by saying the official had expressed his “personal opinion.”

Mr. Tatarov also later said his “personal opinion” in no way affects “my support for all legislative initiatives by the president to strengthen the independence of all anti-corruption bodies,” according to the Ukrainian service of Radio Free Europe/Radio Liberty.

The president, a former stage comedian and actor with no previous political experience, secured a landslide victory last year partly on the promise to eradicate corruption in the country. Since being sworn into office in May 2019, he has installed two cabinets and tasked them to tackle graft in the country.  Both Cabinets have not had success in their anti-graft reform efforts.

A $5 billion International Monetary Fund loan program has been frozen for similar reasons.

The latest blow to Ukraine’s efforts to combat corruption came in October when the Constitutional Court ruled to dismantle a key component of the country’s anti-graft architecture. It ruled that those who provide false information in asset declarations will no longer face criminal liability. It also removed public access to asset declarations of officials and lawmakers and stripped the National Agency for Corruption Prevention of nearly all of its powers.

Also indicted in the real estate scheme is Kostyantyn Dubanos, who headed the Interior Ministry’s Criminal Center, which conducts forensic investigations and provides related expertise, including for individuals in Ukraine who seek property appraisals.

He was detained on November 28 and the High Anticorruption Court ruled to arrest him on December 2. He allegedly colluded with Mr. Mykytas and Mr. Tatarov to embezzle $2.8 million on a real estate project for the National Guard.

Mr. Mykytas is cooperating with authorities and was released and placed under house arrest on December 3.

In August, civic activists balked at Mr. Tatarov’s appointment to the presidential office.  At that time, he was tasked with responsibilities related to law enforcement.

Under former President Viktor Yanuko­vych, he was the deputy head of the main investigation department of the Interior Ministry.

During his tenure, he justified the use of violence against protesters during the pro-democracy, anti-corruption Euro-Maidan uprising that ousted Mr. Yanukovych. More than 100 people, mostly protesters, were killed during those protests, now known as the Revolution of Dignity.

“Maidan lawyers and civic organizations have reacted with outrage to Ukrainian President Volodymyr Zelenskyy’s appointment of Oleh Tatarov,” the Kharkiv Human Rights Protection Group said in a statement at the time. “This is an appallingly ill-considered decision and is understandably viewed as a spit in the face by many of those persecuted on Maidan and the families of those who were killed,” the statement said.

A trained lawyer, Mr. Tatarov had worked within the police since 1999 and has also run a law firm.