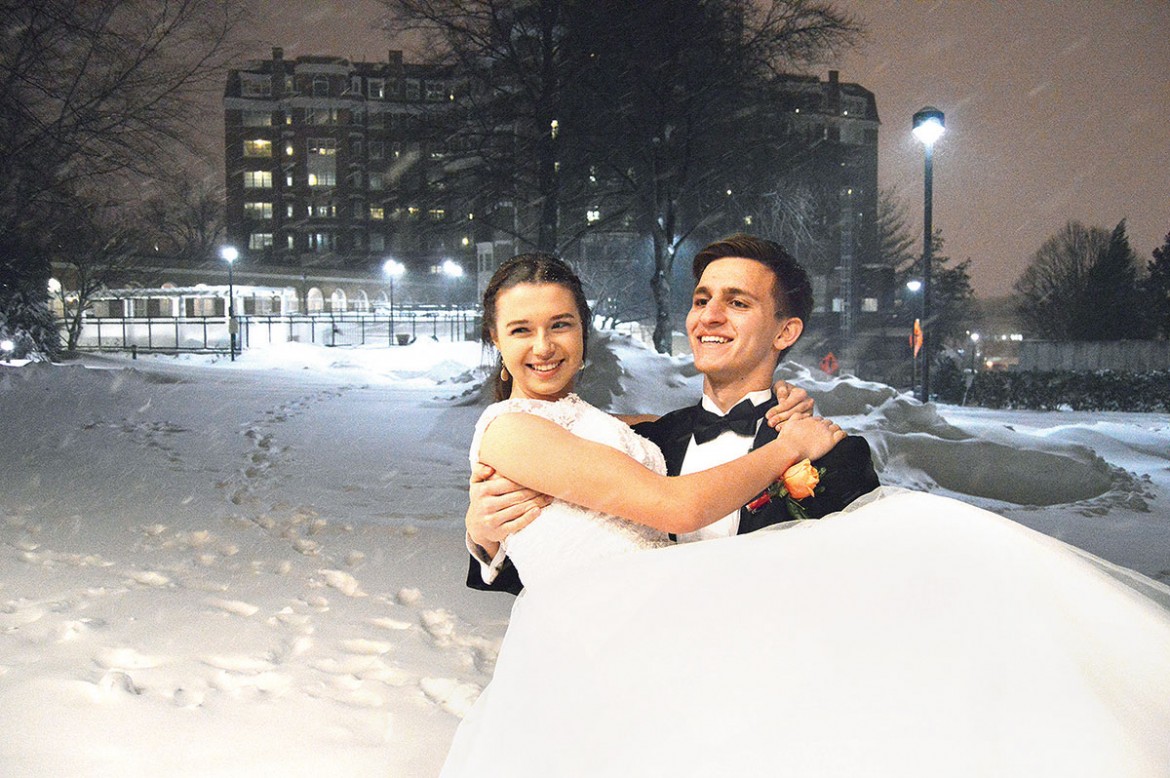 PARSIPPANY, N.J. – The Komarnyckyj family traveled from Phoenix, Arizona, to Washington for the Ukrainian Debutante Ball that was to take place on Saturday, January 23.

They made sure to arrive early because, as Oksana Komarnyckyj recalled, “Two years ago, my older daughter, Ksenia, debbed in D.C. We flew in the Thursday before in the midst of a huge snowstorm. This time we opted to come into D.C. earlier.”

Sure enough, the forecast for the 2016 deb day in Washington called for snow. And lots of it. In fact, the snow emergency closed down the Washington area for several days.

Katya and her parents, Oksana and Orest Komarnyckyj, arrived in Washington on the Wednesday before the deb. Her sister, Ksenia, and her godmother, Rhoda Gray, who were flying in from Oklahoma and Texas, respectively, were in the air when the deb was cancelled. Katya’s grandmother Iryna Kurowyckyj and a dear family friend, Kathy Nalywajko, both hopped on trains from New York to Washington already knowing that the big event would not take place. Katya’s dear friend Tautiana Bertrand flew in from California, also knowing the event was cancelled.

Katya’s escort, Roman Onyshkevych of Annapolis, Md., came to the Marriott Hotel on Thursday and ended up staying with the Komarnyckyjs until Monday. Mykola Shevchik, who was to escort another debutante, joined the family for the weekend as well. 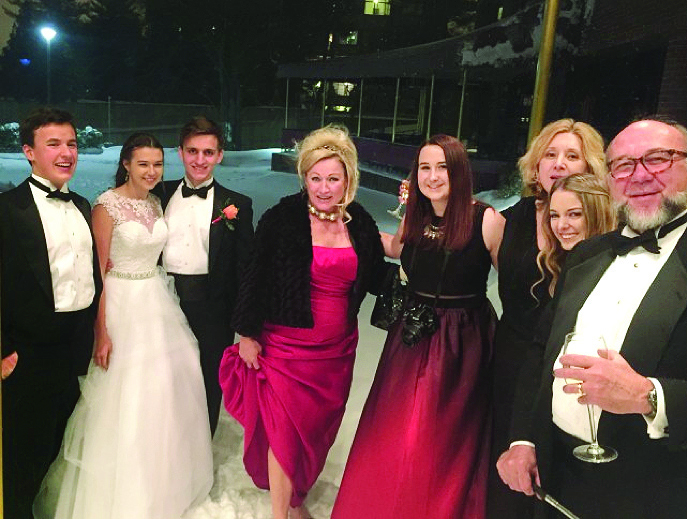 Obviously, the snow wasn’t going to stop the celebration. The debutante’s mother told WTOP of Washington: “Hell no; we’re still going to have a party.”

Speaking with The Ukrainian Weekly, Mrs. Komarnyckyj said, “On Saturday we donned our gowns and tuxes, and proceeded to have a private deb and dinner in the lobby and lobby bar. We requested a tablecloth for the high-top table to make it elegant like a deb should be.”

As Mike Murillo of WTOP reported: “Komarnyckyj called for the attention of the room, which included a group of snow-trapped WTOP reporters, and introduced her daughter and her escort.”

As befits a young lady making her debut, Katya took a deep bow before her audience.

Her escort, Roman, commented to WTOP: “The blizzard really — it just kind of made everything more exciting.”

“A table of reporters sat down next to us and loved our story,” Mrs. Komarnyckyj related. “And here is where the world gets small: The main reporter, [Senior News Director] Mitch Miller, roomed with Tymish Hnateyko in grad school. Although Katya and Roman met at the D.C. deb two years ago, they solidified their friendship at the Seattle [Plast Ukrainian Scouting Organization] camp run by Anya and Tymish Hnateyko. Thank you Plast, Anya and Tymish!”

Asked by The Weekly if the family plans to return for the rescheduled debutante ball, which is organized by the Taras Shevchenko School of Ukrainian Studies in cooperation with The Washington Group, Mrs. Komarnyckyj replied, “We will be returning to D.C. on June 11 to ‘redeb.’ Of course, Katya insists she needs a new dress.”

Speaking of Katya’s improvised deb night, she added, “We are very grateful to our family, friends, escorts and escorts’ parents for helping us make lemonade out of lemons.”