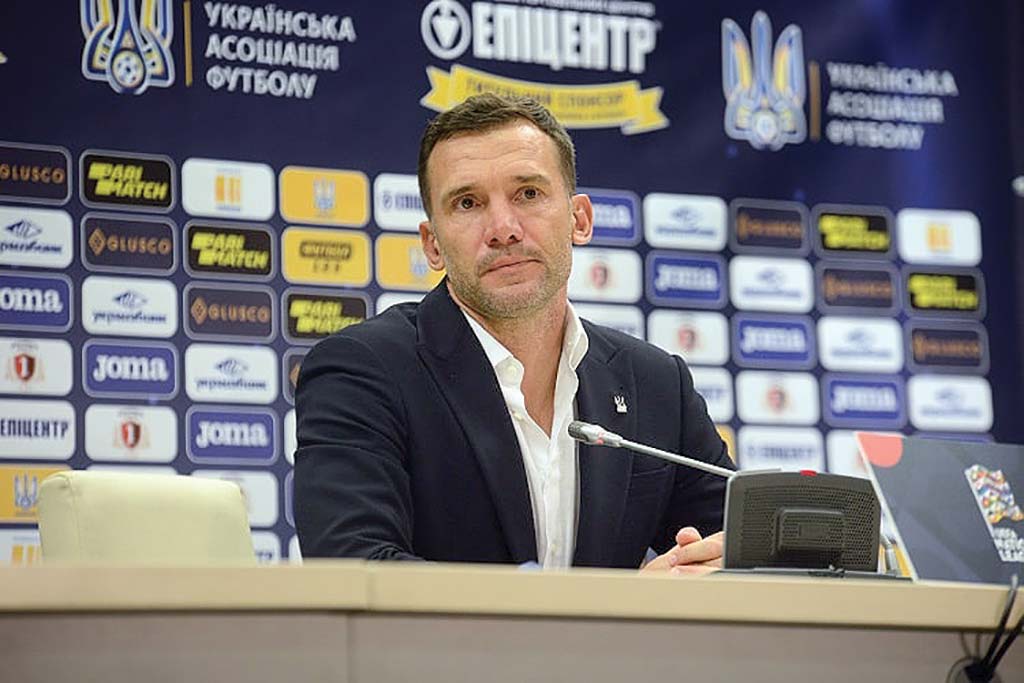 Andriy Shevchenko’s September 3 press conference sent tremors across Ukraine’s football landscape. The coach rocked and shocked the public when he revealed his reasons for departing the coaching duties of the country’s national team.

Ukraine’s national soccer team performed well at the Euro 2020 soccer championship, benefiting from some good luck, but, nonetheless, exhibiting positive results. Indeed, the quarterfinal showing by the young Ukrainian squad, still in a development stage, turned out to be quite successful.

In spite of this superior achievement, Shevchenko still decided to resign from the head coaching position. Some surmised he had ambitions of moving on to coaching at the club level, others believed he was denied a salary increase that he requested after Ukraine earned its berth in the Euro 2020 quarterfinals, thus being forced out by the Ukrainian Association of Football (UAF). Early September saw Shevchenko hold a press conference to explain why his coaching contract was not renewed. 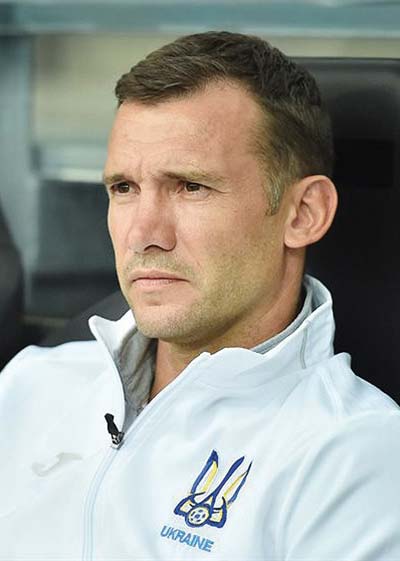 Andriy Shevchenko, head coach of the Ukrainian national team, during a match against Malta in 2017.

According to Shevchenko, he made clear his desire to remain in his coaching position with the national team to Andrey Pavelko, who is his godfather and the head of the UAF. At the time, Pavelko was not ready to discuss the issue and broke off all communication with Shevchenko. After several weeks, Shevchenko decided to tell the media and fans his side of the story.

His contract expired on July 30.  The next step would have seen him sign an agreement with the UAF to say on as head coach. However, while Shevchenko wanted to stay on and continue working in the ongoing development of the national team, the UAF, represented by Pavelko, did not respond.

The question of compensation was broached and Shevchenko’s lawyer (present at the press conference to address the coach’s key contract clauses) noted that the coach’s contract could have been extended through 2022 on the same terms. Shev­chenko said his salary had not changed during the five years he led the national team.

Throughout the course of his press conference, Shevchenko reiterated that he simply wanted to explain his position to the public and it was never his intention to start a conflict with Andrey Pavelko or the UAF. The nature of the event did strongly indicate that Shevchenko wanted to find out why the UAF ignored his offer to extend his contract for another year and a half, seemingly choosing to not retain his services. When asked about the possibility of returning to the post of head coach of the Ukrainian national team, Shevchenko avoided a direct answer.

Shevchenko took over coaching duties of the national team on July 15, 2016, following the disastrous Euro 2016 tournament, after which the head coach of the national team at that time, Mikhail Fomenko, was dismissed. Shevchenko held the reigns for five years, culminating with his team’s successful run to the Euro 2020 quarterfinal round, only to see his expiring contract not be renewed. So, what happened?

On August 1 Andriy Shevchenko posted on Instagram that he was leaving his position as coach of the Ukrainian national soccer team because his contract had expired. The timing of the announcement seemed odd as Ukraine had recently showed well at Euro 2020 and was in the midst of a qualifying cycle for the World Cup.

“It was hard work that proved we can play modern football,” Shevchenko said in his Instagram post. “I am grateful to the president and the entire UAF leadership for the opportunity to work with the Ukrainian national team. Thanks to every player, every person who helped us and participated in the life of the team. Together we were able to show that our football can be competitive, productive and inspiring.”

The UAF provided a somewhat confusing response the same day. The head of the national team committee, Myron Marke­vich, claimed not to be aware of Shev­chenko’s departure, saying that the coach was on vacation. He said the dialogue between the UAF and Shevchenko was ongoing and his fate would depend on further communication.

A few days later media reports announ­ced the reason for Shevchenko’s departure, saying the issue was a financial dispute.

Sport.ua wrote that the UAF reduced the coach’s salary for qualifying rounds of the 2022 World Cup several times, the latest reduction from $75,000 per month to $35,000. Additionally, the requested funding for the entire coaching staff was only $1.5 million, though Shevchenko previously asked for $3 million.

News reports suggested that Shev­chenko did not renew his contract because he is interested in a coaching position with Ukraine’s club team Dynamo Kyiv. Others said that management of the national team had reached an agreement with Sergei Rebrov to be the new head coach and that they wanted to reduce the size of the coaching staff in an effort to cut costs.

In addition, reports also pointed out Shevchenko’s conflict with the UAF, which came to light after the World Cup qualifying match against Kazakhstan when Shev­chenko publicly quarreled with Andrey Pavelko. The two again had a heated argument after Ukraine’s Euro 2020 match against Austria. Meanwhile, Pavelko’s reputation had already been tarnished by alleged financial scandals and other investigations.

Shevchenko said he wanted to extend his contract, but he claimed that representatives of the UAF ignored him and allowed the deal to expire. Shevchenko flew to Kyiv for a discussion with Pavelko, who chose not to pursue the extension talks. Shev­chenko then left for vacation, met up with Pavelko a second time, but that meeting produced no positive result, so the coach proceeded to make an announcement on Instagram that his contract had ended, adding that he never wanted to leave the job.

What the UAF says

The association said it planned the extension of the contract before the start of the Euro 2020 tournament. Football.ua found out on June 7 that the UAF executive committee set the date for contract negotiations with Shevchenko in early August, with the hope of extending the agreement through the end of 2022. On July 30, the association sent a letter to Shevchenko, inviting him to a meeting on August 2 to discuss a new contract. The UAF said Shevchenko never responded to the letter and did not appear at the scheduled meeting.

Ukraine’s national team is now headed by Alexander Petrakov. The 64-year-old has been coaching various Ukrainian youth teams since 2010 and is currently the acting head coach of the men’s national team squad. There is still a slight possibility the UAF may agree on a contract renewal with Shevchenko since he is unemployed and no European clubs have shown serious interest in him. The Rebrov option may have been an illusion at best since he is coaching the club team Al Ain in the United Arab Emirates.

Much depends now on the fractured relationship between Shevchenko and UAF president Pavelko. The latter reportedly had high hopes to employ Rebrov as Shevchenko’s successor and now is without a coach. Many experts now believe that a partnership between Pavelko and Shev­chenko is hopeless.

Meanwhile, Ukraine is in a most challenging situation in their World Cup qualifying group, as they face a tough fight with Finland for second place in the group.