EDMONTON, Alberta – The Ukrainian Diaspora Studies Initiative (UDSI) at the Canadian Institute of Ukrainian Studies (CIUS) lost a close friend and supporter with the passing of Doris Kule on March 15. She was 99. The UDSI is but one of many scholarly projects and programs across Canada that she and her husband, Peter Kule, made possible through their generous philanthropy. 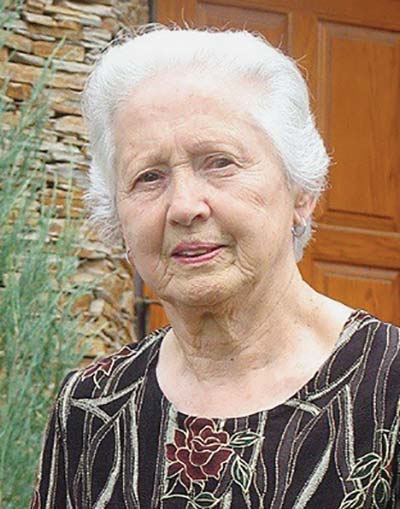 Such contributions were recalled in several tributes. Dr. Lesley Cormack, dean of the Faculty of Arts at the University of Alberta, described Mrs. Kule as a “passionate and beloved community leader and a true champion of education,” who, together with her husband, “left an indelible mark on the University of Alberta through their generous support of world class, interdisciplinary research.”

The Rev. Dr. Peter Galadza, director of the Metropolitan Andrey Sheptytsky Institute of Eastern Christian Studies at the University of St. Michael’s College, University of Toronto, noted that Mrs. Kule has been called the “Mother of the Sheptytsky Institute.” He mentioned the traits that marked her character as a teacher – her “kindness and eagerness to help others” – and that even today her “students recall her warm smile and soothing gaze.”

She was born on a farm near Boian, Alberta, on January 1, 1921, to Usten and Maria Radesh, who had immigrated to Canada from the Bukovynian village of Shubranets, now in Zastavna raion, Chernivtsi Oblast.

One of 10 children (a sibling died in infancy), she was bright and athletic, and quickly became fluent in English. Eager to pursue an education, she completed nine grades at the local school and then attended high school in nearby Willingdon, after which she took teacher training at the University of Alberta. She then taught at rural schools in Derwent and Shalka, before deciding to move to Edmonton after visiting an older sister while on holiday in the city.

It was in Edmonton that she met Peter Kule (Kuleba), a public accountant, in 1943, and they married a year later. As a couple they worked hard together, Mr. Kule building a successful and innovative accounting practice and eventually becoming a chartered accountant. In the meantime, Mrs. Kule pursued a career as an elementary school teacher in the Beverly district of Edmonton, until her retirement in 1974.

As Mr. Kule’s accounting firm grew and his business interests prospered, the Kules began increasingly to turn their attention to philanthropy, focusing in particular on supporting educational endeavors, many in the field of Ukrainian studies. In total, they have donated more than $14 million to post-secondary institutions across Canada, including $1 million to establish the Kule Ukrainian Canadian Studies Center at the CIUS, along with an initiative devoted to studying the worldwide Ukrainian diaspora.

“The Ukrainian Canadian community joins the Kule family in grief and sadness on the news of the passing of Mrs. Doris Kule. Mrs. Kule’s kindness of spirit, generosity and vision in supporting our community were an example for us all to emulate,” stated Alexandra Chyczij, national president of the Ukrainian Canadian Congress. “Many programs, scholarships, and institutions have benefited immensely from the Kule family’s support. Through her substantial contributions and leadership, Mrs. Kule has made our community stronger and more united. May Her Memory Be Eternal. Vichnaya pamiat.”

Among the many endeavors generously supported over the years by the Kule family is the Peter and Doris Kule Center for Ukrainian and Canadian Folklore at the University of Alberta, one of the most important and pre-eminent institutions for the study of Ukrainian culture in the world. In 2005, the Kules became the first joint recipients of honorary doctorates from the University of Alberta. In 2007, Doris and Peter Kule were awarded the UCC’s Taras Shevchenko Medal, the highest form of recognition granted by the UCC, for their outstanding national contributions in the field of education.

Surviving are Mrs. Kule’s husband of 75 years, Peter, and her sister, Vera. A private service was held in consideration of current public health concerns. A public celebration of Mrs. Kule’s life is to be announced later in 2020.