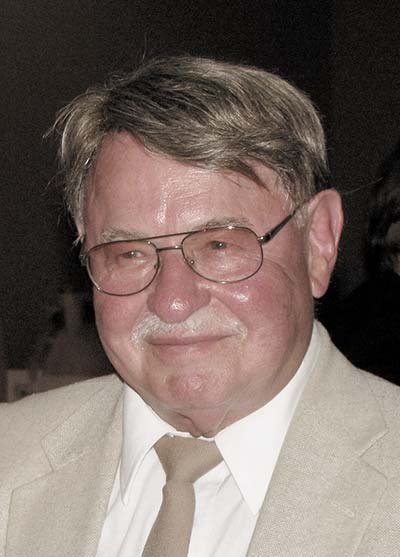 Dr. Bohdan R. Czepak (1937-2021), a long-time activist and community leader in greater Cleveland, passed away on April 9 after an extended illness. He was 83.

Professionally, Dr. Czepak was a plastic surgeon at the Cleveland Clinic, Case Western Reserve University Hospital and Lutheran Medical Center specializing in hand surgery, helping thousands of patients over his more than 50 years of practice and winning widespread praise in the process.  He was especially devoted to the greater Cleveland Ukrainian community, serving as a board member of the Ukrainian Museum-Archives, securing very generous contributions and grants over the years which will be ongoing with his legacy contribution.

Mr. Czepak was also a staunch supporter of the National University at Ostroh Academy in Ukraine, which will also benefit from his financial legacy. Dr. Czepak spent countless hours of his personal time building the Cleveland Ukrainian Selfreliance Federal Credit Union where he held posts for 39 years, including as vice president, president and chairman of the board. He also served as a leader in the Ukrainian National Credit Union Association and was very involved with the Ukrainian Youth Association (CYM) for over 50 years.

Mr. Czepak was born on May 3, 1937, to Mykola and Anna Czepak in Shpipolosy, Ukraine. On September 11, 1949, his family traveled to the United States where they became citizens and made their home in Warren, Ohio. Bohdan graduated from Warren G. Harding High School in 1955, subsequently receiving his undergraduate degree in engineering and biology in 1959 from Youngstown State University. He earned his medical degree from Ludwig-Maximilians University in Munich, Germany, in 1970. While in Munich, he worked with leading figures in the Ukrainian liberation struggle and served as a translator for Ukrainian witnesses at the trial of KGB assassin Bohdan Stashynsky who murdered Lev Rebet and Stepan Bandera, leaders of the Organization of Ukrainian Nationalists (OUN).

On a personal note, Bohdan Czepak was my friend since he first returned to Ohio in the early 1970s. We shared many a story over a glass of beer and enjoyed working together on behalf of Ukrainian dissidents and the global struggle for Ukraine’s independence. I remember him as unusually knowledgeable, idealistic and selfless with a great sense of humor – he was invariably smiling, often chuckling over a joke or pleasant memory.  He was equally comfortable speaking with a young person in a youth club or a congressional representative, senator, mayor or other elected officials.  Bohdan was a brilliant man who embraced life as a physician, community activist and parishioner at St. Andrew’s Ukrainian Catholic Church in Parma, Ohio, where funeral services were held on April 23.