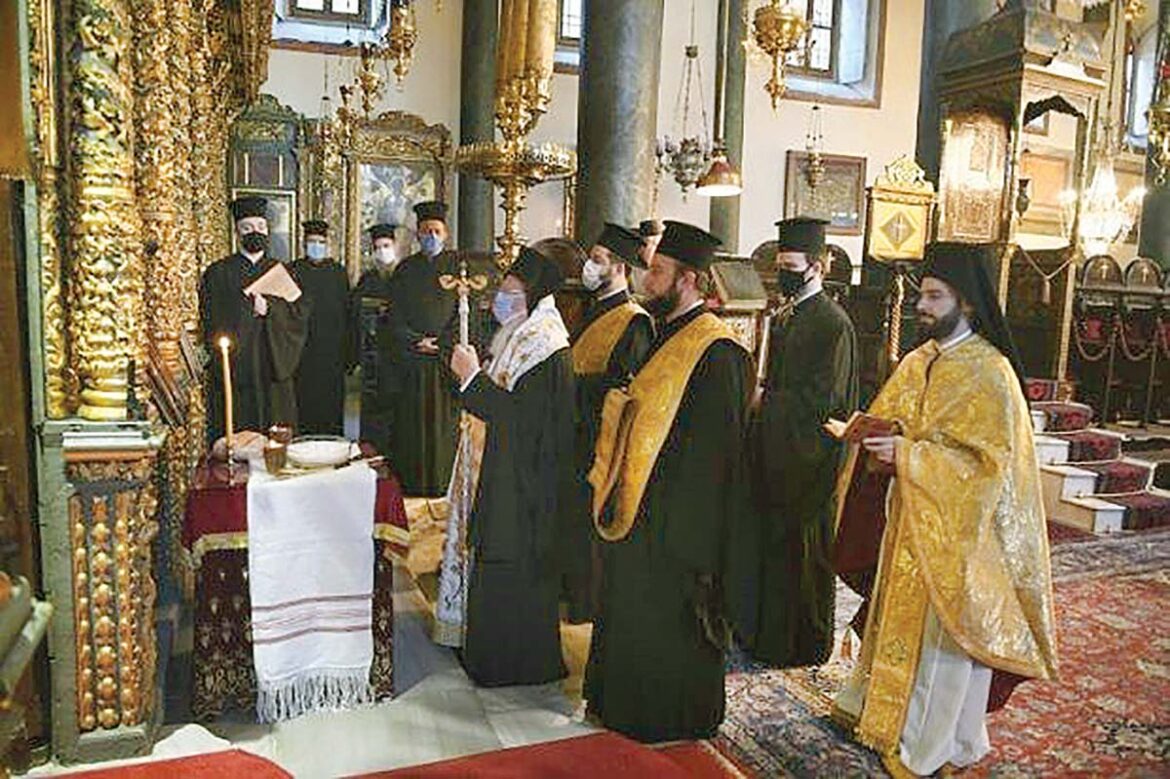 ISTANBUL – Ecumenical Patriarch Bartholomew served a memorial service on November 28 at the Patriarchal Church at the Phanar for the victims of the Holodomor of 1932-1933 in Ukraine on the occasion of the 87th anniversary of one of the greatest tragedies in the modern history of the country, during which millions of people died of starvation. The service was attended by Metropolitan Kyrillos of Imvros and Tenedos, Bishop Adrianos of Alikarnassos, Archimandrite Charalampy Nichev, who is responsible for the Ukrainian community in Istanbul, the Consul General of Ukraine in Istanbul, Oleksandr Gaman, as well as officials of the consulate and members of the Ukrainian community of Istanbul. In his homily, Patriarch Bartholomew said, “…the Holodomor, the Great Famine in Ukraine, which aimed to kill from 7 to 10 million pious Ukrainians through starvation during the most horrible years of the Soviet regime, from 1932 to 1933, and which we prayerfully commemorate on this day. …Today, we pray for the repose of the souls of these millions of pious Ukrainians […] to ‘a place of light, a place of green pasture, a place of refreshment, whence pain, grief and sighing have fled away.’ Singing ‘eternal memory’ to these faithful, we remember their tragic end and witness to all our human family that we must never forget such evil starvation, but on the contrary, we must condemn the Holodomor, so that such atrocities would not be repeated in the history of humanity.”