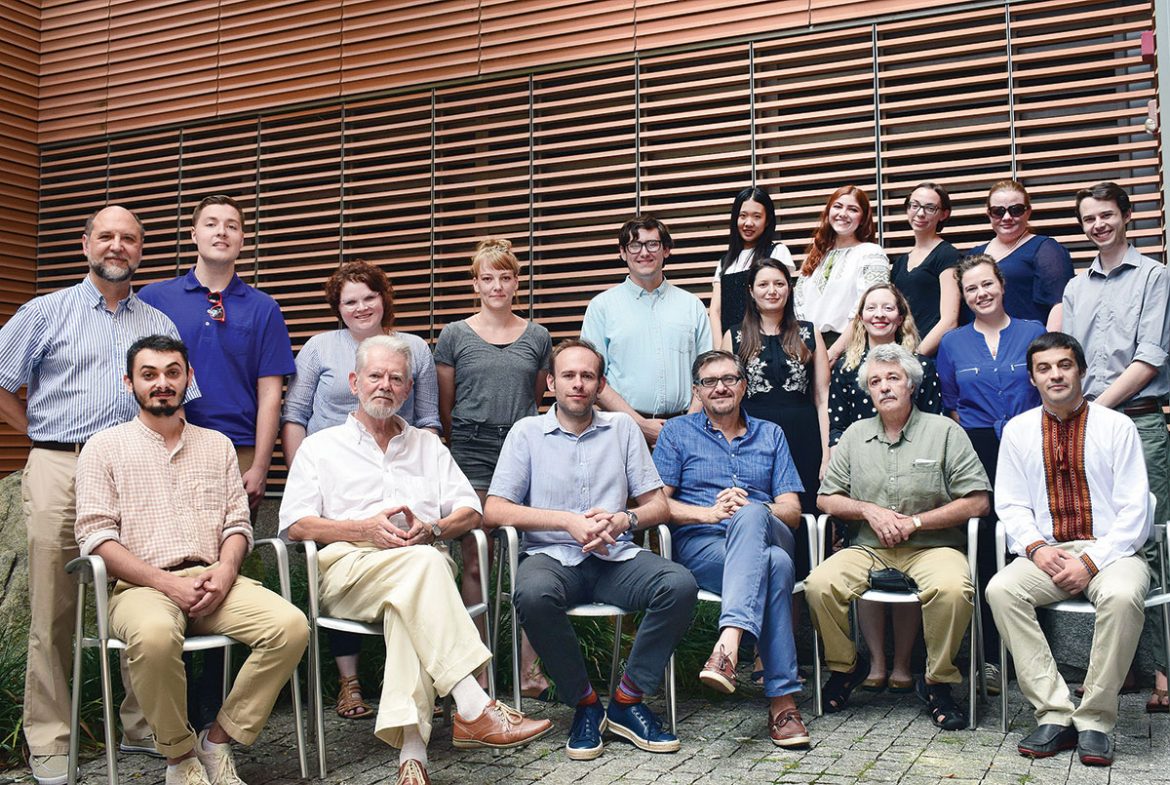 The Harvard Ukrainian Summer Institute (HUSI) will hold its 49th annual session at Harvard University’s main campus on the banks of the Charles River in Cambridge, Mass., for upper-level undergraduate, graduate and postdoctoral students, particularly those of Ukrainian heritage, as well as university students from Ukraine and professional, government and military specialists who need to hone their skills in the field of Ukrainian Studies.

This year’s program will run for seven weeks beginning on Saturday, June 22, and ending on Saturday, August 10, and will offer three courses in history, language and political science.

The program offered by HUSI was the first of its kind in the world and is recognized internationally for its many contributions to the field of Ukrainian studies. It is run jointly by the Harvard Summer School and the Ukrainian Research Institute, Harvard University (HURI). Participants will have an unparalleled opportunity to expand their knowledge of contemporary Ukraine under its newly elected president, Volodymyr Zelensky; to learn from some of today’s leading scholars in Ukrainian studies; and to have the chance to meet and interact with major contemporary Ukrainian cultural, political and social activists.

The summer program has been in continual existence since 1971 and is intended for those concentrating in Ukrainian studies or those who wish to broaden their overall educational experience. Participants live in Harvard University housing and have full access to all of the university’s instructional and research facilities, including the largest Ucrainica collection outside of eastern Europe; its many libraries, museums, athletic complexes and language resource centers. They will also be able to draw on the wide range of activities and resources of the greater Boston area ranging from a group of fine arts, musical venues and museums that are among the finest in North America to a higher educational collaborative that is composed of more than 60 colleges and universities, as well as neighboring beaches, professional sports teams and many tourist attractions.

At the end of the program they will receive credit for their courses from Harvard University, and, depending on their performance, one or more of them will be awarded the Theodosius and Irene Senkowsky Prize for Achievement in Ukrainian Studies.

This summer’s courses include Ukrainian for Reading Knowledge which will be taught by Volodymyr Dibrova, a preceptor with the Department of Slavic Languages and Literatures at Harvard. This eight-credit language course is designed primarily for graduate students in the humanities and social sciences who wish to acquire a reading knowledge of Ukrainian for research purposes. Texts from a wide variety of fields will be used. Reading selections will include articles on contemporary issues in business, economics, politics, science, technology, environment, and culture. Some previous background in Ukrainian, Russian or other Slavic language accepted by the instructor is a prerequisite for enrolling in the course. The course will meet from 9 a.m. to 1 p.m., five days a week, a total of 140 contact hours of instruction. It is a FLAS eligible course.

The second course, “State-Society Relations in Independent Ukraine,” will be taught by Sophia Wilson, assistant professor of political science at Southern Illinois University Edwardsville. The four-credit course will examine the patterns and dynamic of interaction between the state and society in Ukraine. A state-society approach will emphasize the interdependence of state and social actions, rather than assuming that political developments are predominantly influenced either by state rules or social formulations. The course will also analyze the problems of nation-building in post-independence Ukraine, and examine the legacies of the Leninist socialist regime. It will look at shifts in state-society relations during and after the Orange Revolution of 2004, the Maidan Revolution of 2013-2014, and the ongoing war with Russia and Russian-supposed militants. Finally, it will look at the efforts of Ukraine’s growing civil society to influence state-building and promote human rights and the rule of law in the country.

Finally, Serhiy Bilenky of the Department of Political Science at the University of Toronto will offer the four-credit course “Tradition and Modernity in Ukraine in a Wider Imperial and Transnational Context,” which  will introduce students to the most important social, political and cultural issues facing modern Ukraine, from imperial to Soviet and post-Soviet times, primarily in urban settings. Major cities such as Kyiv, Odesa, Lviv, Kharkiv and Dnipro will be looked at, as well as Jewish shtetls and monuments of the Soviet “industrial sublime” such as the Dnipro hydroelectric station – each representing a particular crucial issue of the epoch. Such topics as the reactionary responses to modernity (ranging from anti-Semitism to religious conservatism), the central role of the city and urbanization, the making and unmaking of nationalities, public hygiene and the limits of control, revolutionary culture and the artistic avant-garde, the long lasting effects of wars and extreme violence on society, and the rise of mass culture and sport. Students will learn why studying Ukraine is essential for an understanding of the modern world.

HUSI is the only program of its kind in North America offering seven weeks of intensive, accredited university instruction in Ukrainian Studies at one of the premier universities in the world. It has graduated more than 1,600 students, many of whom have gone on to play significant roles in Ukrainian scholarship as well as in the ongoing development and enrichment of Ukrainian culture and life both in the diaspora and in Ukraine itself.

The deadline for applying for the Harvard Summer School (including HUSI), including housing and full tuition payment, is Monday, May 20. Late registration will begin on Tuesday, May 21, and continues through Wednesday, June 19.

Further information about the program and the application process is available on the HUSI web site www.huri.harvard.edu/husi.html. Additional questions may be directed to Prof. Bilenky, HUSI program coordinator, at 647-687-4953 or serh.bilenky@utoronto.ca.