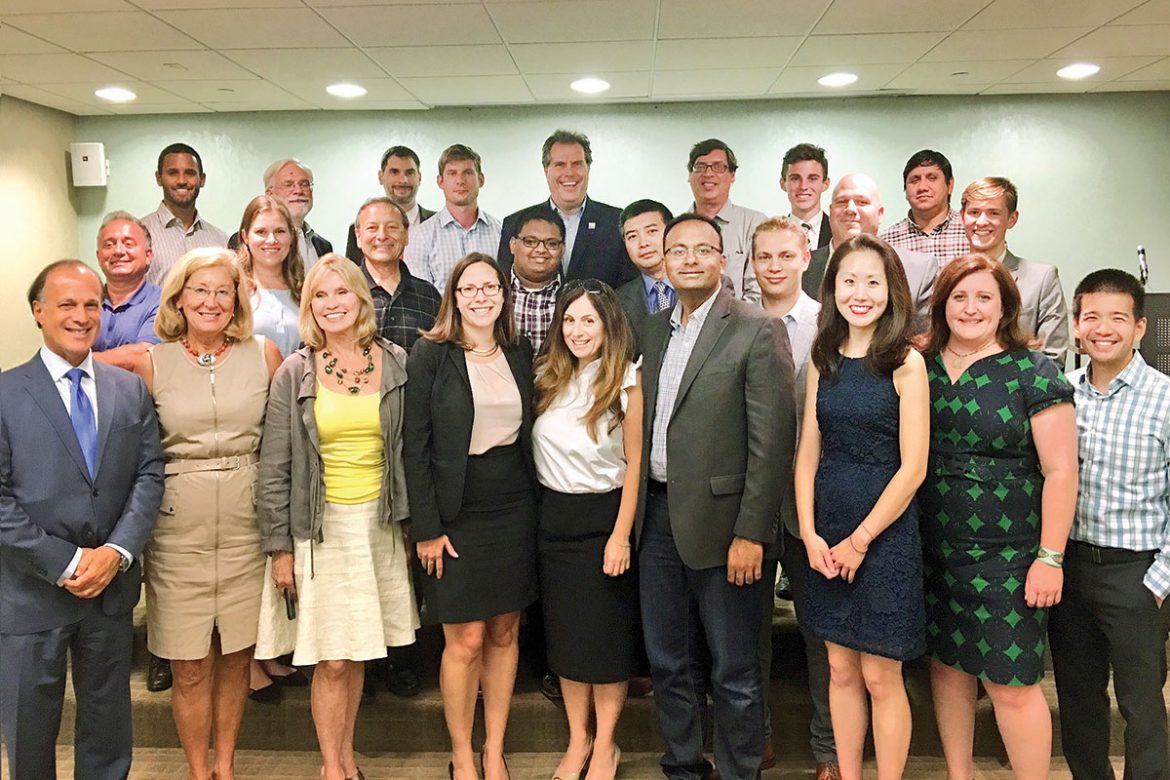 Laura Rosenberger (front row, fourth from left), foreign policy advisor to the presidential campaign of Hillary Clinton, at a meeting with ethnic American leaders in Philadelphia.

PHILADELPHIA – A foreign policy briefing by Laura Rosenberger of the Hillary Clinton presidential campaign took place on September 18 at the law firm of Schnader, Harrison, Lewis in Philadelphia.

The roundtable meeting was organized by John McCarthy of the Hillary for America campaign. The co-organizers were: Steve Rukavina, a Croatian American; Lindy Li, an Asian American; Kris Walski, a Polish American; Marwan Kreidie, an Arab American; and Ulana Mazurkevich, a Ukrainian American.

The meeting brought together over 25 ethnic leaders who had an opportunity to share with Ms. Rosenberger their foreign policy priorities and concerns.

The topics discussed ranged from NATO to the Syrian crisis, and from North Korea to China, but the most comprehensive treatment was given to the issue of Russia and Vladimir Putin’s aggression. Ms. Rosenberger informed the gathering that vis-a-vis Ukraine there is a need is to keep the sanctions against Russia. In fact, she said, “Ratchet the sanctions up.”