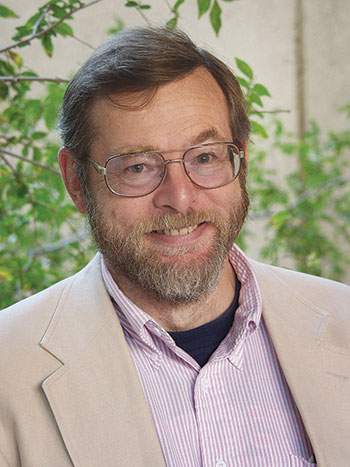 PHOENIX – The words displayed on the university lecturer’s screen were chilling, particularly to those personally affected by the ongoing Russian assault against Ukraine: “The very rules of war have changed. The role of nonmilitary means of achieving political and strategic goals has grown and, in many cases, they have exceeded the power and force of conventional weapons. A perfectly thriving state can, in a matter of months and even days, be transformed into an arena of fierce armed conflict, become a victim of foreign intervention, and sink into a web of chaos, humanitarian catastrophe and civil war.”

The quoted words were those of Gen. Valery Gerasimov, chief of the General Staff of the Russian Federation. The speaker was Prof. Braden Allenby and the topic, presented on April 25 at Arizona State University’s Melikian Center for Russian, Eurasian and East European Studies under the leadership of Prof. Mark von Hagen, was “Weaponized Narratives: Civilizational Conflict and the Russian-Ukrainian War.”

Prof. Allenby, an international conflict expert who is a professor of law and of civil, environmental and sustainable engineering at Arizona State University’s Lincoln Center for Applied Ethics, is also founding co-director of the Weaponized Narrative Initiative of the Center for the Future of War, a partnership between Arizona State University and the independent think tank New America.

“Weaponized narrative” is defined as a new form of warfare, pioneered by Vladimir Putin’s Russia and now directed at both the U.S. and Ukraine that, in the words of Prof. Allenby and co-director Joel Garreau, “seeks to undermine an opponent’s civilization, identity and will by generating complexity, confusion and political social schisms.”

“Weaponized narrative” campaigns, in their view, achieve significant benefits for Russia at a relatively low risk of conventional military response by the West, which has reacted ineffectively through entities such as NATO and the European Union.

In his April 25 presentation at Arizona State University, Prof. Allenby did not hesitate to warn that the U.S. is seriously behind its Russian adversary in countering this new type of hybrid warfare, as shown by Russia’s use of elements of the Trump campaign to achieve its strategic goal in that election.

Referencing both the 2016 U.S. presidential election and the ongoing Russian-Ukrainian war, Prof. Allenby noted that Russia has developed the ability to launch attacks by the informal and “unplanned” use of narrative to engender fear and anger in the target populace, which becomes motivated more by emotion than rational choice or thought. Using this playbook, Russia has and will invade Ukraine over many years, wielding the “hybrid” weaponry of distrust, infrastructure degradation, moral relativism, constantly shifting instability and cultural control.

Prof. Allenby challenged all those who believe in the Western values of rationality and “life, liberty and the pursuit of happiness” to arm themselves against the new threat in the defense of Western civilization and identity. In response to audience questions, he expressed willingness to travel to Ukraine in the future to offer his insights on the Russian-Ukrainian war.