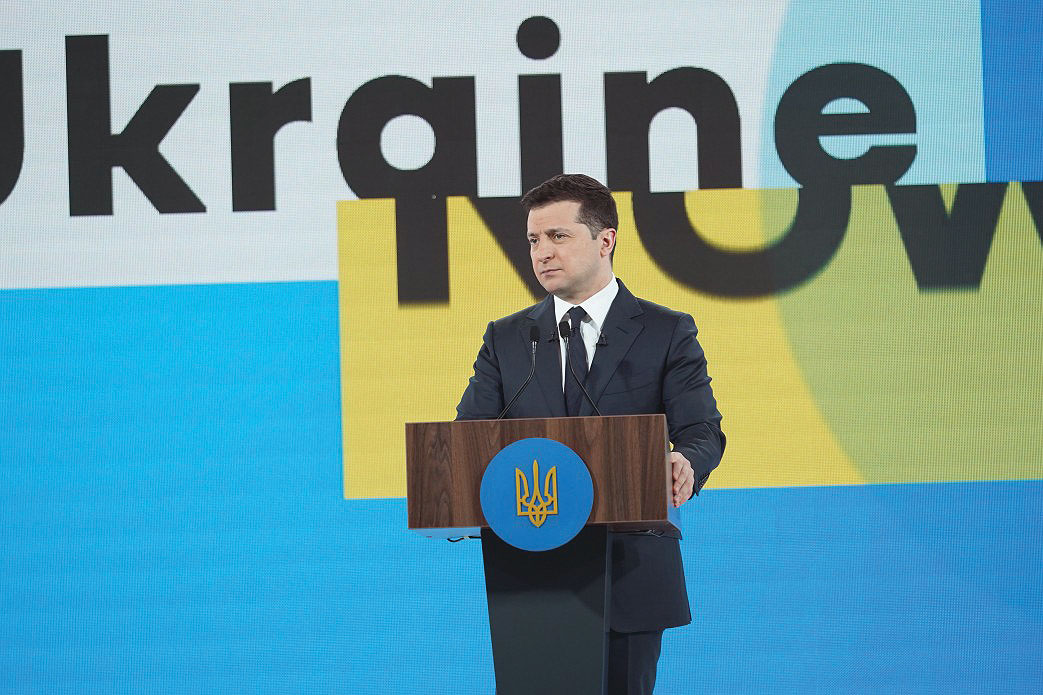 President Volodymyr Zelenskyy speaks at a forum devoted to culture, media and tourism in Kyiv on March 9.

KYIV – Targeting dozens of legal entities and individuals, including members of the country’s former political leadership, Ukraine over the past two weeks imposed a fourth round of sanctions designed to counter Russia’s influence in the country.

“All are 99 percent Russian citizens” by now, National Security and Defense Council (NSDC) chief Oleksiy Danilov said the same day at a media briefing. Mr. Yanukovych fled to Russia following the pro-democratic uprising of 2013-2014 known as the Revolution of Dignity.

The national security chief added that many of the named individuals, including the current head of Russia-annexed Crimea, Sergey Aksyonov, are also sanctioned by the European Union (EU).

Nineteen companies engaged in sub-soil use – mineral, and oil and gas exploration, and production – were also sanctioned, Mr. Danilov said. The entity Zeonbud, a decade-long monopolist in the digital television market, is also being audited for possible infractions.
In January 2019, Mr. Yanukovych was found guilty of treason in absentia and sentenced to 13 years in prison over the 2014 protests and Russia’s subsequent invasion of Ukraine’s Crimean Peninsula.

More than 100 people – mostly protesters – were killed during the nearly three-month long uprising that started in November 2013 with clashes between protesters and law enforcement personnel. In March 2014, Russia seized Crimea and covertly invaded the two easternmost provinces of Luhansk and Donetsk oblasts that erupted in a war that has entered its eighth year killing more than 13,000 people and internally displacing over a million more.

Sanctions against more than 100 Russian individuals and companies, including media outlets, were also put into force following a presidential order by Volodymyr Zelenskyy on March 23. His move disclosed the scope and breadth of sanctions that were imposed by the NSDC late last month.

Altogether, sanctions were levied on 26 Russian individuals and 81 legal entities, including media outlets, an insurance company and firms that have been doing business in Crimea since its illegal annexation.

Ukraine says billions of dollars of state-owned assets have been lost in and around Crimea, while Naftogaz has sought $8 billion in compensation for assets that were seized from Russia in international arbitration, including Chornomornafotgaz and its off-shore oil rigs and facilities. 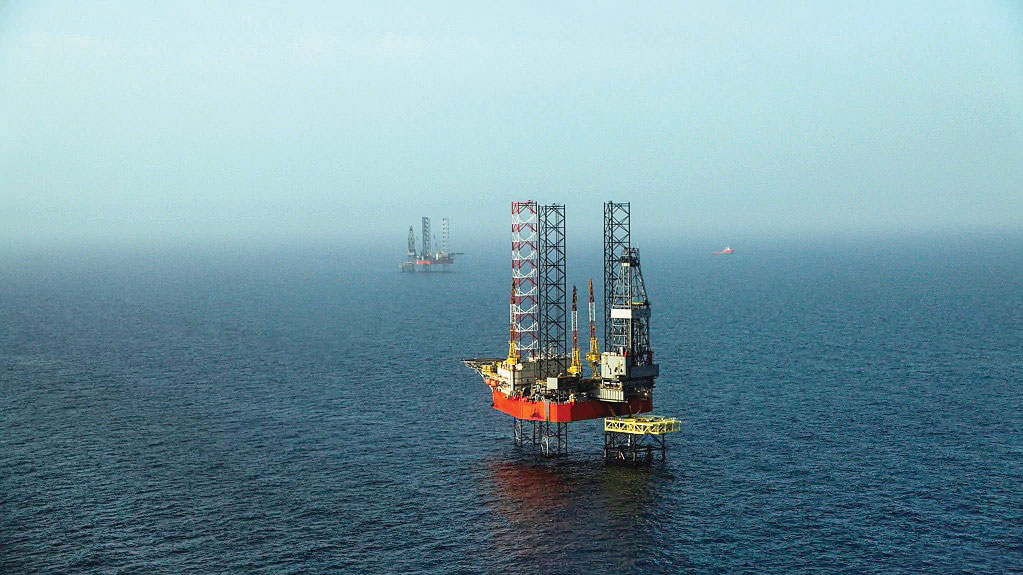 Offshore oil facilities in the Black Sea near Crimea.

Three French members of the European Parliament who visited Crimea in July 2020 without notifying or receiving permission from Kyiv were also sanctioned.
They are Philippe Olivier, Virginie Joron and Jean-Lin Lacapelle, all of whom are members of France’s far-right Identity and Democracy group.

“Adding the French MEPs is an aspect of the sanctions that signals to Ukraine’s Western partners that ‘anything goes’ for its citizens in terms of Ukraine,” Kyiv-based Concorde Capital said in a note to investors.

Thus, among the measures imposed on the companies, the sanctioned entities are to have their Ukrainian assets frozen, trade operations restricted, and they are banned from transporting assets through Ukraine and transferring capital outside the country.

Among the sanctioned Russian individuals are the deputy interior minister, head of the counterintelligence service, head of the main department of migration, members of committees of Russia’s upper legislative body, called the Federation Council, and a member of the Russian Academy of Sciences.

Consequently, any of their Ukrainian assets were frozen, and they are banned from entering Ukraine. They cannot take part in the privatization or lease of state property and are prevented from transferring capital outside of the country.

The duration of the sanctions is three years.

Three previous rounds of sanctions also were aimed at countering or limiting Russian influence in Ukraine.

Then, on February 19, OPFL party co-chairman Viktor Medvedchuk was sanctioned along with his wife. A lucrative natural gas pipeline connected to him was also targeted. Oksana Marchenko, Mr. Medvedchuk’s wife, has promised to enter politics to oppose Mr. Zelenskyy’s administration. The Medvedchuk family also has a close connection with Russian President Vladimir Putin, who is godfather to one of Mr. Medvedchuk’s daughters.

The third round of sanctions saw the NSDC target dozens of former high-level military and law enforcement officials over alleged violations of their oaths leading up to and during Russia’s seizure of Crimea.

Most of the sanctions Kyiv has imposed during the four rounds were based on allegations that have not been proven in court.