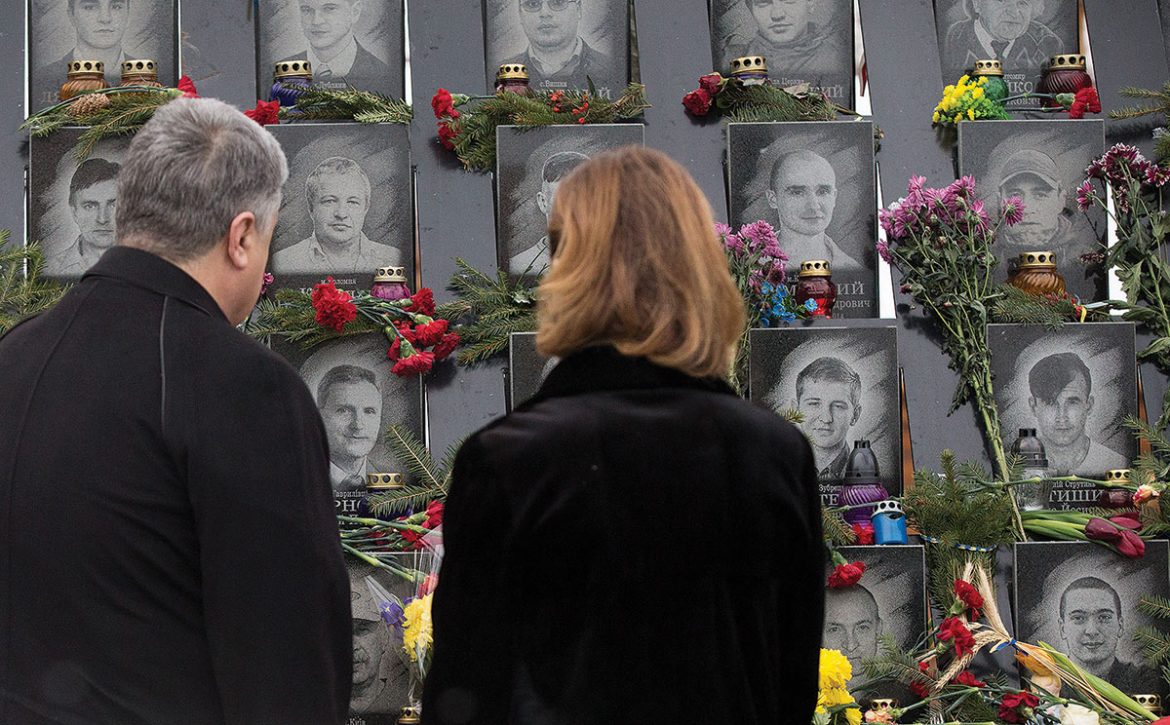 President Petro Poroshenko and First Lady Maryna Poroshenko visit the memorial to the Heavenly Hundred on February 20 in central Kyiv that honors the protesters killed during the Euro-Maidan revolution. 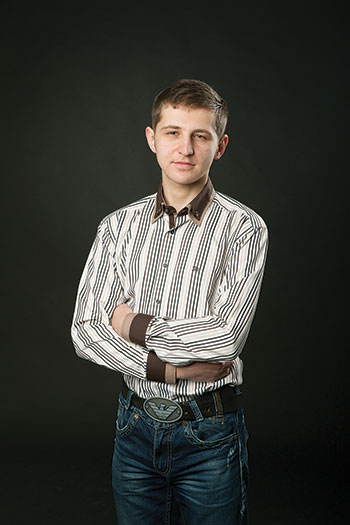 Courtesy of the Kostenko family

Lviv university student Ihor Kostenko was killed at age 22 by sniper fire near the October Palace along Kyiv’s Instytutska Street on February 20, 2014.

KYIV – The first protester was mowed down by sniper fire on February 20, 2014,  exactly at 8:59:34 a.m. on Instytutska Street leading up towards Kyiv’s government quarter. Thirty minutes and 23 deaths later, another sniper shot killed Ihor Kostenko near the October Palace on the same street.

The death toll of Euro-Maidan protesters – known as the Heavenly Hundred – ended that day with 48 at 4:57:55 p.m., according to a joint investigation by Talionis and Censor.net that the Prosecutor General’s Office (PGO) corroborates with official statistics.

It was the culmination of clashes between anti-government protesters and law enforcement that started on November 30, 2013, when then-President Viktor Yanukovych rejected a far-reaching political and trade deal with the European Union.

Towards its end, however, the revolution was more about ending the corrupt rule of the Kremlin-backed president and establishing the rule of law to finally replace the nepotistic-criminal system that had pervaded Ukraine since independence was gained in 1991.

Mr. Yanukovych had allegedly ordered a clampdown on the protesters’ camp city on February 18-20, 2014, that saw 76 of them ultimately shot dead with more than a dozen law enforcement personnel being killed as well, according to the PGO’s special investigative department.

At least four more victims had been killed in the second half of January of the same year when the peaceful pro-democratic rally turned deadly, two of whom Berkut riot police shot dead on Hrushevsky Street: Armenian Ukrainian Serhiy Nihoyan, 21, and Belarus citizen Mykhail Zhyzneuski, 25 (whose name was at first rendered according to Ukrainian transliteration as Mykhailo Zhyznevsky). They were the Maidan’s first victims. Also during that period, Roman Senyk, 45, of Lviv Oblast died of his wounds from a sniper bullet that struck him near the Obolon soccer stadium on Hrushevsky Street, and Yuriy Verbytsky, 51, was abducted from a hospital, tortured and left to die in a forest outside Kyiv.

“I knew about their deaths and never thought the authorities would fire upon their own people,” said Ihor Kostenko’s mother, Oksana Kostenko, who spoke with The Ukrainian Weekly on the phone after she and her husband, also named Ihor, visited the Maidan on February 20. “In the beginning, I was worried about my son freezing out there on the Maidan and always worried about him staying warm.”

She and her husband, both grade school teachers from the Ternopil region, were in Russia as temporary laborers when the slaughter took place during the revolution’s crescendo.

Ms. Kostenko knew something was wrong when she received a phone call from her son’s cell number closer to noon on February 20, 2014, because “I always called him, he never phoned me.”

It was a priest who knew her 22-year-old son calling to notify her of Ihor’s death.

She hung up the phone after not recognizing the voice. Further confirmation came minutes later when her son’s close friend who was with him redialed to re-convey the tragic news.

When the revolution started, Ihor Kostenko was in his final year of studies at Ivan Franko Lviv National University, majoring in tourism at the institution’s geographical college. Mr. Kostenko had first visited the Kyiv protest camp in its early stages before returning to college.

When Ms. Kostenko learned of the first mass shootings on February 18 – when authorities set the Trade Union Building on fire and forcibly smashed through the Maidan’s perimeter – she warned her son not to return.

Overnight, 31 protesters and nine law enforcement personnel died in what was known as operation “Boomerang,” which saw the encampment’s headquarters razed.

“I told him not to go because they were shooting. The last time I spoke to him was on February 18,” Ms. Kostenko said.

Yet he travelled to Kyiv again from Lviv on February 19.

His dead body was found near the October Palace the next day.

President Petro Poroshenko and First Lady Maryna Poroshenko visit the memorial to the Heavenly Hundred on February 20 in central Kyiv that honors the protesters killed during the Euro-Maidan revolution.

Four years on, Mr. Yanukovych and other former government officials are suspected of ordering and carrying out the killings in what authorities have categorized as an organized crime group. Serhiy Horbatyuk, head of the PGO’s special investigative department, is bringing them to trial in absentia. All of them are believed to be residing in Russia.

All together, 56 people were given a notice of suspicion for crimes committed on February 18-20, 2014. Thirty-nine are wanted, of whom 27 are actively being sought based on court rulings, Mr. Horbatyuk said at a February 20 briefing.

Still, nobody lower, like the unit commanders of Berkut riot police, has faced justice. Trial is under way for only five former Berkut officers. A key unit commander, Maj. Dmytro Sadovnyk, who was captured on video allegedly leading riot police along Instytutska Street on February 20, escaped on October 3, 2014, presumably to Russia, after a Kyiv court released him under house arrest with a monitoring bracelet. He was facing a life sentence for his role in the Maidan killings.

“I still live in sorrow, in constant anxiety… I realize I won’t ever see my child, ever embrace and hug him again… The pain after four years hasn’t subsided,” said Ms. Kostenko. “Moreover, my son and other like-minded people, didn’t fight on the Maidan for what we have today… Nothing has changed, nobody was caught or convicted – this is the most painful part, this hurts the most.”

She continued: “The parents of victims are only listened to once a year and then they [the authorities] forget about us… it’s as if the bullets had been fired from the skies, other than that nothing has progressed… That’s why my husband goes to Kyiv every year on the Maidan anniversary so that our Ihor won’t be alone there.”

Born in the Ternopil Oblast village of Zubrets in Buchach district, the younger Ihor Kostenko was known mostly as a sports analyst when he started writing online about soccer and his favorite Lviv Karpaty soccer club in his fourth year at the university. Before his death, he was writing for the Sportanalitik website and was credited with publishing over 280 articles in Wikipedia and conducting more than 1,600 edits for it.

“He was interested in everything… his library of books was always in order,” said Mr. Kostenko’s mother. “He loved painting bridges, castles, and in Lviv he fell in love with the historic architecture and cared about its restoration. He also loved Ukrainian and European history. He kept huge encyclopedias of flora and fauna too.”

Ms. Kostenko doesn’t hold a grudge against her son’s murderers. She said that God will judge them.

“I grew up in the USSR, but I’m a faithful person. Let it be God’s will to judge them… I’m sure they’ll pay for their sins. I’m at peace knowing this,” she said.