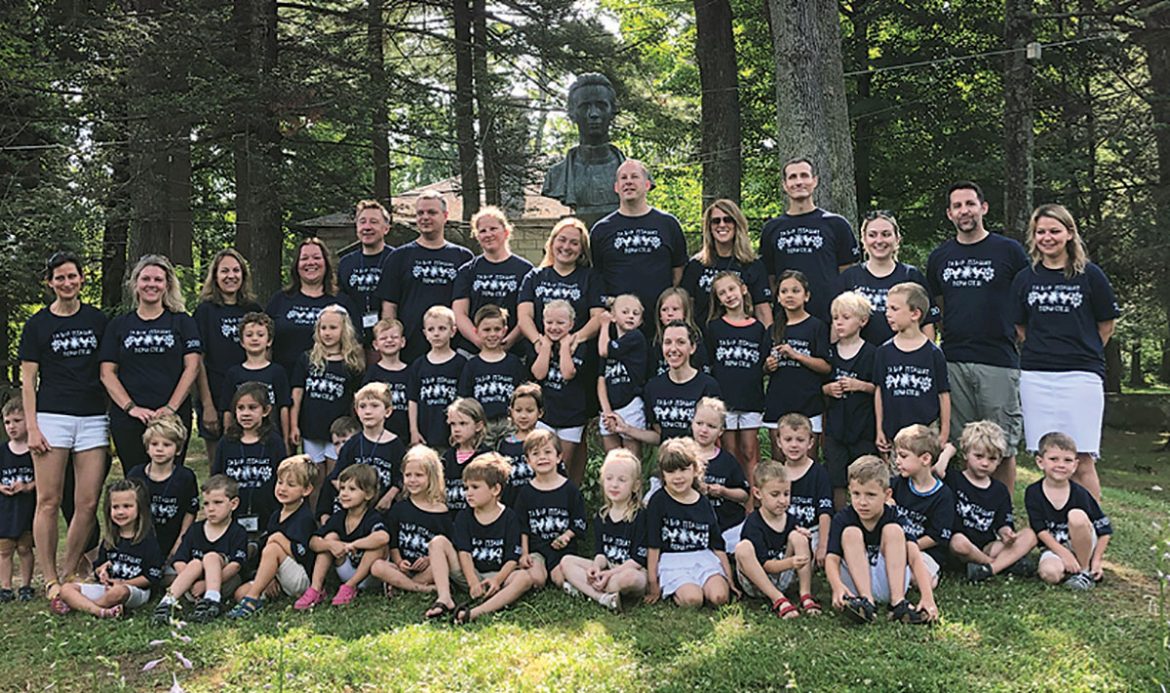 KERHONKSON, N.Y. – The sights and sounds of children singing Ukrainian songs and learning about their heritage filled Soyuzivka Heritage Center from June 30 to July 5, as the “Tabir Ptashat” day camp brought children, parents, grandparents and counselors together. “Tabir Ptashat” is the day camp for Ukrainian-speaking children age 4-6 that is organized at the Soyuzivka Heritage Center by the Pershi Stezhi sorority of Plast Ukrainian Scouting Organization.

This year’s camp, directed by Talia Pawluk, was attended by 40 campers and was divided by age into four groups, each with a bird designation. The theme of the camp was a “cruise” from Kyiv to the Black Sea. Each day followed the “cruise itinerary,” and the children learned about different cities in Ukraine, the Dnipro River and the Black Sea through stories, games, songs and crafts.

Highlights included a field trip on Tuesday to the Hudson River Maritime Museum in Kingston, N.Y. Children got a tour of the museum, made a boat craft and boarded a non-profit research sailing boat. On Wednesday, when the children were at the port of “Zaporizhia” on their cruise and learning about the Kozaks, there was an afternoon surprise: campers got to take pony rides around the lawn of Soyuzivka’s Vorokhta building.

On Thursday, the children competed in a fun-filled water-themed Olympiad, with a special rocket launch at the end. That evening they enjoyed a wonderful campfire, complete with lots of Ukrainian songs and a silly story acted out by the parents. Pirates from the Black Sea invaded the camp on Friday morning and the campers went on a scavenger hunt, ending in them “walking the plank” for their treasure.

The camp program concluded on Friday afternoon with a concert, at which the children sang nautical-themed songs and floated.

Many thanks were expressed to those parents who selflessly give their time and effort to make each camp so successful. Thanks also went to the camp administrators and the behind-the-scenes members of Pershi Stezhi who make the camps possible: Oresta Fedyniak for taking care of the registration process, and Oksana Isajiw and Marta Pereyma for being on-site administrators. Special thanks were also offered to Soyuzivka and its staff for their hospitality.