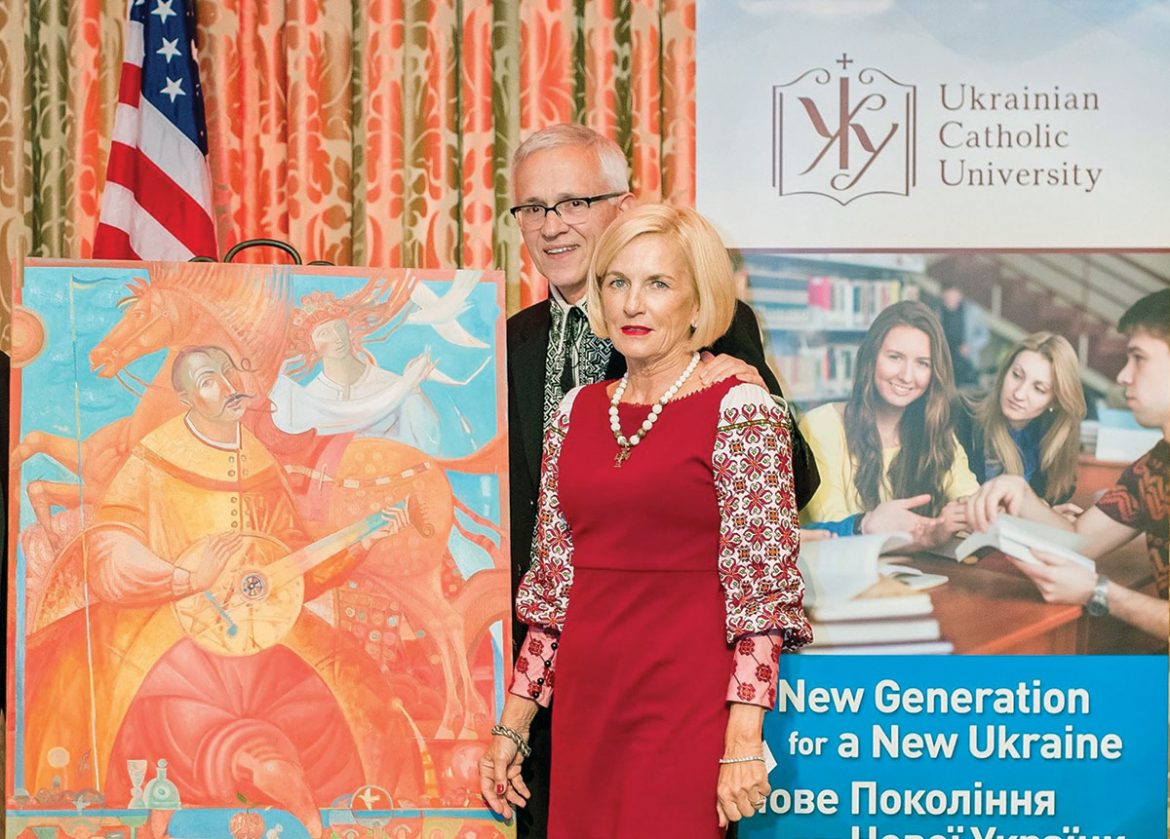 LVIV – At the end of 2016, the first seven-year Comprehensive Campaign for the Ukrainian Catholic University (UCU), conducted under the theme “A New Generation for a New Ukraine” will come to a close. Towards this goal, five cities in America held fund-raisers in support of UCU this fall: Los Angeles, Boston, Philadelphia, Chicago and New York. In the spring, a fund-raiser was held in northern New Jersey.

Thanks to the generous support of benefactors and sponsors, more than $750,000 was raised for UCU at these events.

The Comprehensive Campaign in support of UCU began in 2010. The final goal, which was met, was $65.5 million from U.S., Ukrainian, Canadian and European benefactors. The purpose of the campaign was to expand UCU’s faculty and curriculum, as well as the UCU campus.

In 2010, UCU had only two faculties and six main educational programs. Today, the university has six faculties that administer eight undergraduate and 19 graduate-degree programs, as well as 22 specialized institutes and centers. Thanks to the support of benefactors from various countries and continents, UCU has built an innovative student collegium (residence), a multi-purpose academic building and the unique University Church of the Holy Wisdom of God. It has begun construction of the Metropolitan Andrey Sheptytsky Center.

Although a physical campus is essential to the vision of UCU, a place for students to meet and develop long-term relationships, the most vital aspect of the university is the formation of a new generation through education, research and social work, and the nurturing of a spiritual life. 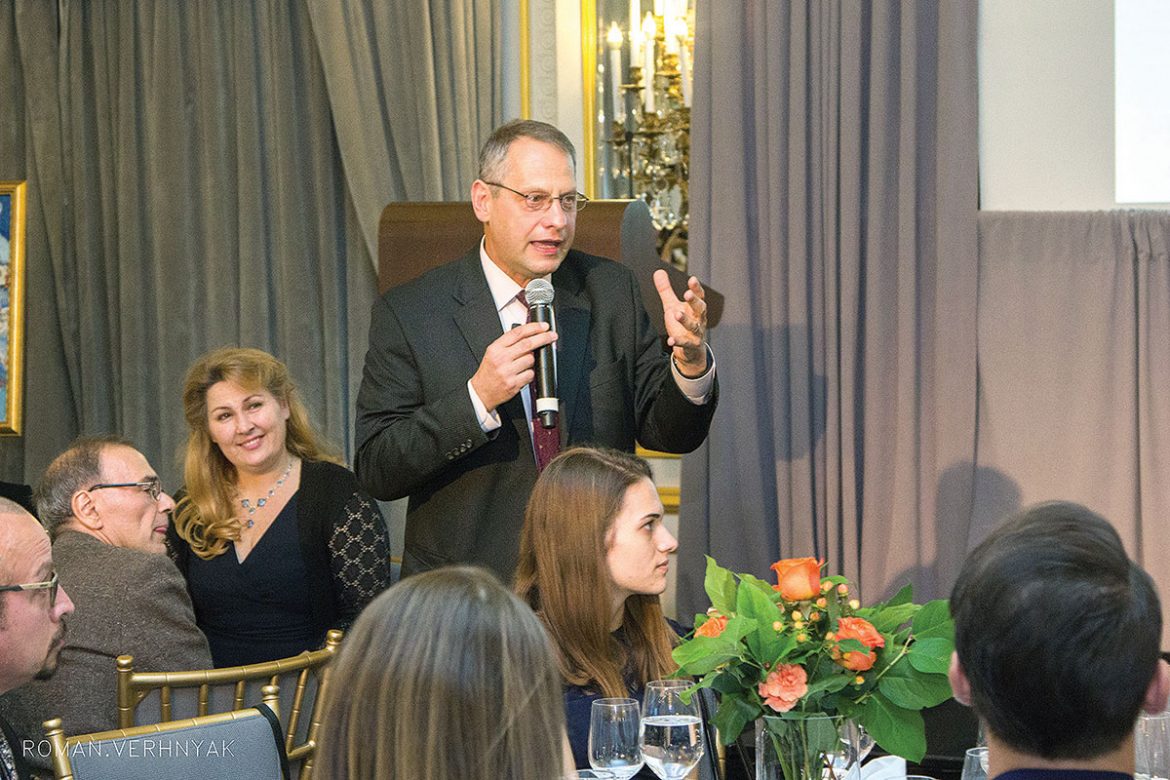 “A system sunk in corruption won’t be changed by a few new people in key positions or an anti-corruption committee. For changes like this, an entire generation of new leaders is needed – a generation of leaders with a moral compass. And that’s what the Ukrainian Catholic University does. Every day UCU’s students receive knowledge and instruments to make this world better.” With these words, Natalie Jaresko, an honored guest of the fund-raising banquet in Chicago held on October 30, addressed friends of the university.

Ms. Jaresko, former minister of finance of Ukraine (2014-2016), is also a former UCU senator (board member) and has watched the university rapidly develop. “It is very important for our society to support an institution that forms moral leaders,” emphasized Ms. Jaresko.

On October 23, guests in Los Angeles listened as UCU’s president, Bishop Borys Gudziak, spoke to the importance of helping students – young minds and young souls – develop in the right direction with the generous support of benefactors.

“Every person is a mystery. The Revolution of Dignity, which happened before our eyes and with our participation, acknowledged the God-given dignity of the brothers and sisters whose hands we grasped on squares from Kyiv to Australia, from Brussels to Chicago,” stated Bishop Gudziak. “The Ukrainian Catholic University gives a moral model for the whole Ukrainian society. It is Ukraine’s leading educational and research institution. It stands at the forefront of social changes and unites Ukrainians because it is independent. It is independent thanks to the generous, multi-year support of people from throughout the world.”

For the first time, Los Angeles and Philadelphia joined the campaign to support UCU. 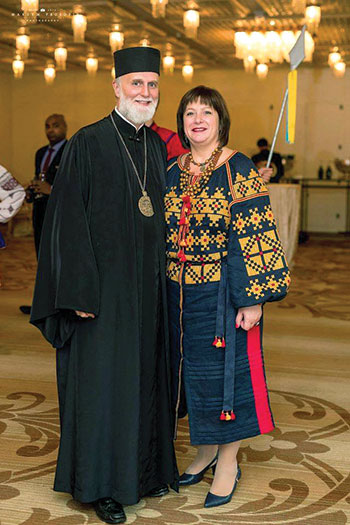 Bishop Borys Gudziak, president of the Ukrainian Catholic University, and Natalie Jaresko, former minister of finance of Ukraine, at the Chicago event.

The charitable banquet on October 29 in the “City of Brotherly Love” was dedicated to supporting rehabilitation programs at UCU and was organized in cooperation with the Ukrainian Federation of America. The event slogan was “The Race to Save Lives.” Symbolically, this event happened at The Simeone Foundation Automotive Museum. Along with remarks from Bishop Gudziak, highlighting the evening were presentations of the fashion collections of Foberini, a Ukrainian brand featuring folk-inspired designs, and of the famous Ukrainian designer Viktor Antonenko.

Dr. Liliya Hrynevych, Ukraine’s minister of education and science, was an honored guest of the gala luncheon in New York on November 6. Dr. Hrynevych, who remains an honorary member of the UCU Senate, points to UCU as an essential and successful model of how university-level education can be developed in Ukraine. With its focus on developing a young individual mentally and spiritually, UCU is a manifestation of God’s presence among us, she noted.

“UCU gives an example for Ukraine’s state-run educational institutions. It presents major innovations for Ukraine’s system of higher education. The university is rebuilding a platform of values for the Ukrainian nation. We need honest judges, then we’ll have legal reform and the rule of law, responsible teachers and journalists. UCU is forming a generation of such professionals,” said the minister during her presentation.

Joining the minister at the New York event were Dr. Boris Lushniak and UCU’s rector, the Rev. Dr. Bohdan Prach. Dr. Prach was most recently the recipient of the Antonovych Award. Dr. Lushniak, former acting surgeon general of the U.S., gave a dynamic presentation that tied the decades-long dreams and hopes of the Ukrainian diaspora for a successful and independent Ukraine with the challenges and modern realities facing the nation. UCU, he underscored, has risen to the challenge to educate young people to become future leaders.

“A New Generation for a New Ukraine,” the first Comprehensive Campaign of the Ukrainian Catholic University, is almost completed. However, work on rebuilding Ukraine and forming a new generation will continue.

Concluding his remarks, Bishop Gudziak stated :  “The completion of the campaign is far from the end, rather, a new beginning, the start of a new stage of our growth. UCU will continue to aspire to greatness, witnessing, serving, forming a new generation for a new Ukraine. We invite you to dream and to fulfill dreams with us.” 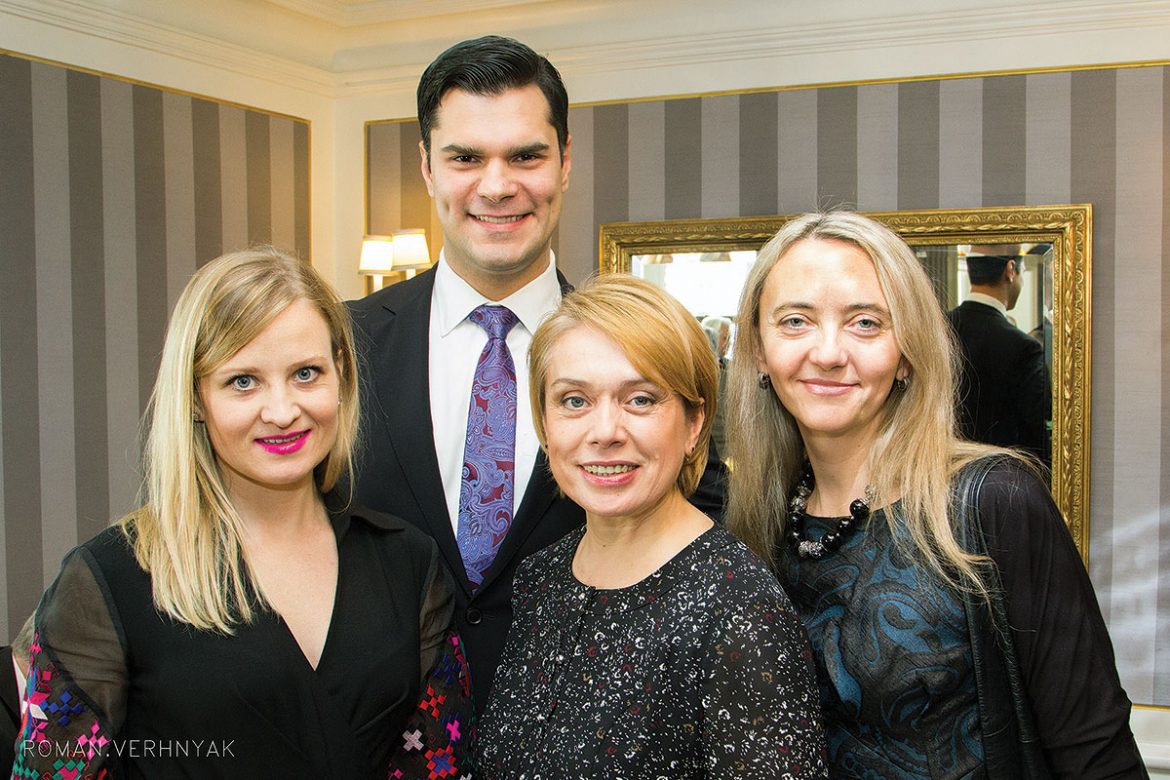